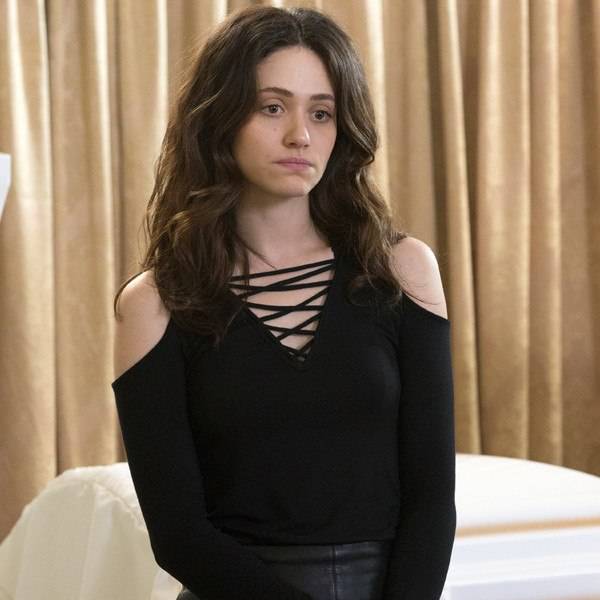 Emmy Rossum announced her exit from Shameless, the long-running Showtime comedy where she played Fiona Gallagher for eight, going on nine seasons, and naturally, fans were shocked. Like, really shocked.

There were tweets, reaction GIFs and everything you can think of from devastated fans from around the world.

However, there was also messages of support—and they didn’t go unnoticed. Rossum favorited several tweets in response to her exit announcement.

“Yo @emmyrossum I understand you’re a human being and an individual but leaving us like this, it hurts. Thank you for so much living your art throughout #shameless. Thank you so much,” @_JustJoshinYall tweeted, which Rossum faved. She also acknowledged the below tweets.

It may have somewhat spoiled the end of the season but thank you @emmyrossum for the great performances over the years. Here’s to many more on new projects. pic.twitter.com/4HslxAfwcf

I hope @emmyrossum is reading all the love that’s under the Emmy Rossum and Fiona tags. I hope she knows how much we’ll miss her and support her in whatever she does next. We wish her happiness in life and career. ❤️❤️ #Shameless pic.twitter.com/9grtVPRnsP

In her lengthy goodbye note, Rossum thanked Shameless for giving her a large, extended family, and also acknowledged how special a character Fiona Gallagher is.

“The opportunity to play Fiona has been a gift. There are few characters — female or otherwise — as layered and dynamic. She is a mother lion, fierce, flawed and sexually liberated. She is injured, vulnerable, but will never give up. She is living in an economic depression, but refuses to be depressed,” she said. “She is resourceful. She is loyal. She is brave. I knew it the second I read the pilot script, this was different, this was special. I tirelessly prepped the audition with my coach Terry Knickerbocker. I walked to the appointment in the rain so I looked disheveled. During my third audition, when I got the part IN the room, I literally jumped up and down screaming in joyous relief and disbelief. Quite simply, the last eight years have been the best of my life.”

Thank you @emmyrossum for bringing Fiona to life! I’ve never loved, admired,or rooted for a character more. I can’t imagine the show without you but I will continue watching until the end. I can’t wait to see what you do next, best of luck in all your new adventures ❤️

Season nine of the Showtime dramedy is currently filming and set to debut on Sunday, Sept. 9 with the second half premiering in January.

“I know you will continue on without me, for now. There is much more Gallagher story to be told. I will always be rooting for my family. Try not to think of me as gone, just think of me as moving down the block,” Rossum ended her note. “With love, always.”

“Emmy Rossum will forever be part of the Shameless family. She has been integral to the show’s success, from her wonderful portrayal of Fiona to her leadership role on set, as well as directing multiple episodes of the series. We are hard at work now creating a season nine finale for Shameless which we hope will provide a Gallagher-worthy sendoff for Fiona that honors the great work Emmy has done. It is always bittersweet when an ensemble member decides to move out of the proverbial house, but our door will always remain open for Fiona to return home for a visit, or to move back in. I look forward to continuing the stories of this wildly unpredictable family and all of us on Shameless will miss Emmy and her wonderful Fiona,” Wells said.

Christopher Nolan's Tenet may not screen in LA and NYC as Warner Bros. restricts drive-in showings