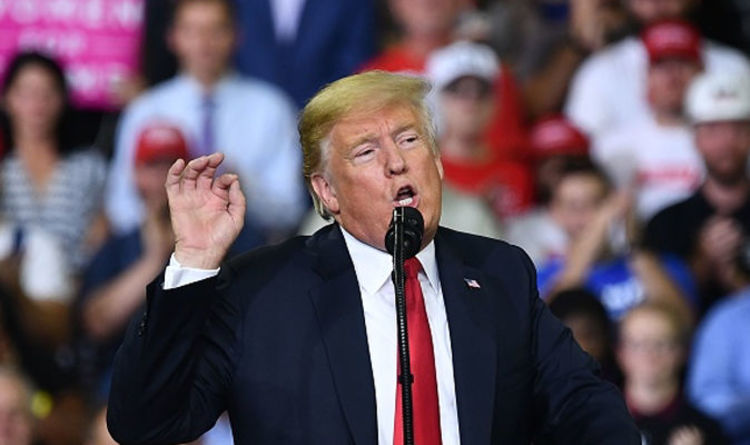 He said: “They need to start doing their job.”

Trump attacked those at the top of the FBI and the Justice Department.

He said: “What’s happening is a disgrace.”

But he did say they have “incredible people” inside.

The President also threatened Hillary Clinton and her behaviour saying: “Let’s see if she gets away with it, let’s see.”

Trump warned the “whole world is watching and understands what’s going on.”

The President continued the assault on Clinton once again calling her “crooked”.

Trump is currently being investigated by the FBI.

The investigation into him led to James Comey testifying in front of the Senate.

Thousands of people attended the rally in Indiana where Trump was garnering support for the upcoming Mid-Term elections in November.

He also attacked the media and Washington DC where he said he wanted to “drain the swamp”.

Killings by police, like the Breonna Taylor case, rarely end in trials or convictions