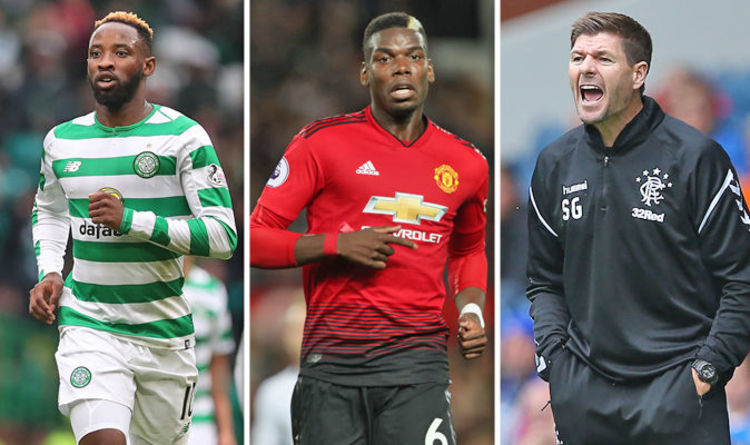 Liverpool forward Mane was wanted by Manchester United in 2015, with the Red Devils earmarking him as a priority target.

But Mane has now revealed why he rejected a move to Old Trafford.

“I spoke with Van Gaal, and they even made an offer.

“But for me it was not the right club.”

Rangers look set to confirm two new signings today with moves for both Joe Worrall and Eros Grezda close to being completed.

That’s according to the Daily Mail, who claim both transfers will be finalised before tomorrow’s deadline.

Steven Gerrard has completely transformed the Rangers squad this summer, bringing in 12 players.

That looks likely to increase to 14 once deals for Grezda and Worrall are done.

Gerrard confirmed yesterday that Grezda was undergoing a medical but the winger requires a work permit before it can be confirmed.

Worrall is also close to signing after a £2m fee was agreed for Rangers to take the central defender on a season-long loan from Nottingham Forest.

Celtic star Moussa Dembele has taken a giant step towards a move to Lyon after agreeing personal terms with the Ligue 1 giants, it has been claimed.

Celtic striker Dembele is wanted by Lyon as a replacement for Mariano Diaz who, after just one season in France, has returned to La Liga giants Real Madrid.

The Hoops are keen to keep hold of their star performer but will not block a move if Dembele expresses a desire to return to his homeland.

And Scottish newspaper The Herald claim Dembele has agreed personal terms with Lyon, with a transfer now likely to go through ahead of tomorrow’s deadline.

It is said the 22-year-old has accepted the contract offer from Lyon.

Dembele was snapped up for around £385,000 from Fulham two years ago and the plan was always for him to prove his talents at Parkhead and move on for a huge profit.

Celtic know that if they renege on that verbal agreement they will be left with an unhappy player depreciating in value with every passing month.

Barcelona are reportedly confident of luring Paul Pogba away from Manchester United but a deal may not be struck until next year.

With the Spanish transfer window open until Friday, there could potentially be an opportunity to snap him up.

However, according to Spanish paper Sport, United have told Barca he’s not up for sale at this point.

It is suggested the Catalan giants’ players are “excited” about the possibility of the Frenchman joining them, but a deal is more likely to take place next summer.

The prospect of a transfer, Sport also claim, could depend on how much United will hold out for Pogba.

The Frenchman is reportedly keen on leaving in January though if things don’t improve at United.

Chelsea had no interest whatsoever in Liverpool-linked Nabil Fekir.

That is what Lyon president Jean-Michel Aulas has revealed.

The France play-maker almost joined the Reds on the eve of the World Cup after a £53million move had been agreed.

Maurizio Sarri’s side were strongly linked with a last-gasp deal to bring in Fekir – but Aulas has revealed that there was never any interest from the Blues in securing a move.

Speaking yesterday at a press conference to announce centre-back Marcelo’s new contract, Lyon chief Aulas revealed: “In the beginning, when we thought about our summer transfer window and how to organise the future squad, we thought that he was practically gone.

“That’s why we have been able to adapt things.

“We spoke with Chelsea representatives, and they had no interest at all in him.

“From then on, we realised we could change our plans [because Nabil would stay].”

Manchester United have offered a new five-year deal to Anthony Martial – despite Jose Mourinho being eager to sell the Frenchman this summer.

United want to keep Martial at Old Trafford going forward following a pre-season of speculation regarding the 22-year-old’s future.

Mourinho was angered when Martial’s agent, Philippe Lamboley, revealed the forward was keen to move having been ommitted from France’s World Cup-winning squad.

However, Manchester United have decided to offer the former Monaco ace the chance to stay put until 2023 so they can protect his transfer value.

Martial has entered the final 12 months of the initial four-year deal he put pen to paper on when joining United in the summer of 2015.