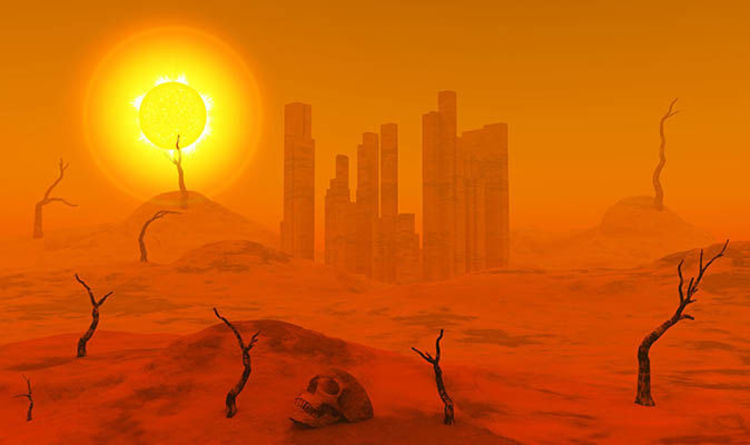 Known as the Great Dying, the extinction happened around 250 million years ago in an area known today as the Russian province of Siberia.

The largest mass extinction in the history of earth is known as the End-Permian Extinction.

Geologist call the volcanic eruption the Siberian Flood Basalts and it lasted for almost a million years, Phys.org reports.

Michael Broadley, lead author of the paper, said: “The scale of this extinction was so incredible that scientists have often wondered what made the Siberian Flood Basalts so much more deadly than other similar eruptions.”

The paper was published in Nature Geoscience and co-authored by Lawrence Taylor, the former director of the Planetary Geosciences Institute at the University of Tennessee.

His career carried 46 years and he passed away at the age of 79 last September.

“Taylor was instrumental in supplying samples of mantle xenoliths, rock sections of the lithosphere [a section of the planet located between the crust and the mantle] that get captured by the passing magma and erupted to the surface during the volcano explosion,” Broadley said.

Broadley and his team aimed to determine the composition of the lithosphere.

They identified before the Siberian Flood Basalts took place, the Siberian lithosphere was heavily loaded with chlorine, bromine and iodine – chemical elements from the halogen group.

However the elements seem to have disappeared after the volcanic eruption.

Broadley said: “We concluded that the large reservoir of halogens that was stored in the Siberian lithosphere was sent into the earth’s atmosphere during the volcano explosion, effectively destroying the ozone layer at the time and contributing to the mass extinction.”

The massive eruption led to significant environmental changes, and a separate study published in the journal Scientific Reports, identified a spike in the chemical element nickel at the time of extinction.

The volcanic eruption produced intense global warning and other environmental changes which led to the disappearance of more than 90 percent of all species.

“At the same time, explosive interactions of the magma with older coal deposits could have released large amounts of carbon dioxide and methane, two greenhouse gases, which would explain the intense global warming recorded in the oceans and on land at the time of the mass extinctions.

“The warm oceans also became sluggish and depleted in dissolved oxygen, contributing to the extinction of many forms of life in the sea.”

Emily Miller and Another P.R. Expert Ousted At F.D.A. After Blood Plasma Fiasco

Lock of Lincoln's hair and bloodied telegram up for auction

When Retirement Comes Too Early

Pelosi says Biden shouldn't debate Trump: 'I wouldn't legitimize a conversation with him'

Kate Middleton pregnant: How Duchess stays in shape while expecting – this could be a sign