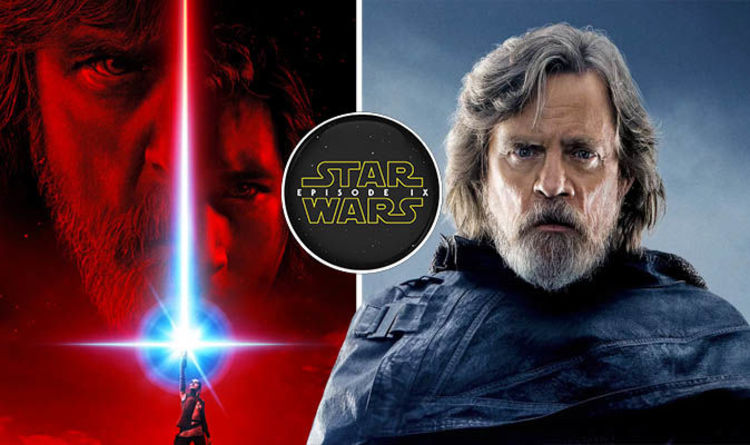 Star Wars fans are a fickle bunch, and the recent backlash to The Last Jedi has divided them.

While some fans took exception with story leaps made by Rian Johnson, others seemed perturbed by the character arcs of the women and women of colour at the forefront of the stories.

But one of the things many fans had a problem with was Luke Skywalker’s character arc.

His self-isolation and abandonment of the Jedi rifled some fans’ feathers, but this theory seeks to explain it in a new way which may assuage some of the ire.

Does this theory explain Luke’s grumpiness?

A fan theory posted by LilBranMuffin on Reddit seeks to explain away Luke’s withdrawal, with other users jumping in to clarify and rebuff it.

LilBranMuffin wrote: “The Reason luke [sic] shut himself from the force is because he knew the same thing Snoke did: “Darkness rises, and light to meet it”.

“This quote explains the logic that Luke followed but in reverse: he knew the Jedi had to end because if he didn’t shut himself out of the force the dark would keep going as well.”

Luke took the drastic step of nearly killing Ben Solo (aka Kylo Ren) and pushing him further towards the dark side of the Force after seeing that, no matter how well Luke trained the Jedi there would always be darkness.

It was after this Luke went into isolation, knowing there would always be darkness rising to meet the light and even he wasn’t immune to it (after all, he almost murdered his nephew).

The logic, perhaps flawed given the fact that Rey exists, assumes Luke’s destruction of the Jedi means the Sith will cease to be.

Of course, as in reality and the Star Wars universe, unchecked greed and power will continue to rise even when the light is no longer there to meet it.

This theory – that Luke’s isolation was part of a grand plan and not his own curmudgeonliness and self-loathing – may soothe the ire of a particular section of fans.

Others see it as just another way of undoing what was a brilliant curveball in the Skywalker saga.

In response to the theory, another Reddit user (Spiritofchokedout) wrote: “You’re supposed to be disappointed and grossed out that Luke is essentially a dirty, burnt-out hippie ducking his responsibilities.

“Luke’s entire arc in The Last Jedi climaxes when he shows up to fight Kylo Ren and actually be the unstoppable Jedi badass Rey and all Star Wars fans had built him up to be.”

They go on to say: “Luke’s behaviour is 100% consistent with every Skywalker man we’ve met so far,” citing Anakin’s evolution into Darth Vader as a key example.

Given The Last Jedi’s final moments saw Luke acting as the hero everyone wanted him to be, it remains curious fans are so upset by his temporary self-imposed isolation.

“How did this go over people’s heads?” Spiritofchokedout asked.

Whatever your feelings are on Luke’s trajectory, Star Wars Episode 9 will give fans another chance to come to terms with the end of the Skywalker saga.