South African President Cyril Ramaphosa told hundreds of Afrikaners in June that land reforms don’t need to be seen as a threat, or “as a reason to pack up and go … The future of the Afrikaner is intrinsically linked to the prosperity of the country as a whole”.

But after news of the reforms led to international reports of white farmers being murdered, Australian home affairs minister Peter Dutton said white South African farmers who wanted to migrate to Australia “deserve special attention” and “help from a civilised country like ours” due to the “horrific circumstances” of land seizures and violence.

Then this month, US President Donald Trump tweeted that the US would “closely study the South Africa land and farm seizures and expropriations and the large scale killing of farmers”. But UK Prime Minister Theresa May dismissed those comments this week in a trip to the country, where she said the UK “supported land reform in South Africa that will be a legal, transparent and democratic process.”

This confusion and mixed rhetoric on the subject has dominated the political, public and private spheres over the past few weeks in particular, but the contested topic has its roots deep in the country’s history.

What is the history of the issue?

The pattern of land distribution in South Africa can be traced back to the Natives Land Act 1913.

It created reserves (segregated living spaces) for black people, resulting in a long legacy of forced removals and millions of black people living in under-serviced slums, which still exist today.

The apartheid parliament said the Land Act was passed to limit friction between black and while populations, but the resulting societal shift saw the majority of the black population forced to work as labourers for whites.

The result of this is still evident in modern-day South Africa.

Speaking to express.co.uk, South African Professor Ruth Hall from the Institute for Poverty, Land and Agrarian Studies for the University of the Western Cape, said: “Remember that South Africa is one of the most unequal societies in the world.

“Even more than 24 years into democracy we remain a deeply racially divided society so land reform is an imperative that must be addressed.” 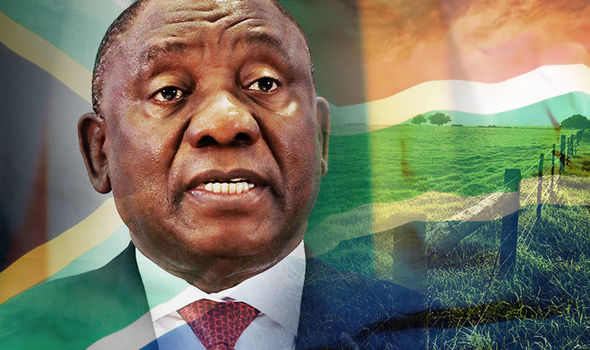 How did it get to where the country is now?

In 1994, after the collapse of apartheid, South Africa’s first democratically elected government, the African National Congress (ANC), committed to distributing 30 percent of white-owned agricultural land to black farmers by 2014 to redress the wrongs of the past.

However, to date, only eight percent has been transferred.

The government had been following a “willing-seller, willing-buyer” model where the state buys white-owned farms from willing parties to redistribution to black families.

But the ANC has accused landowners of inflating farm prices, preventing the government from being able to afford the purchases. It has come under criticism for bowing to a market-based approach.

Largely, the feeling among black South Africans is that the government hasn’t done nearly enough. 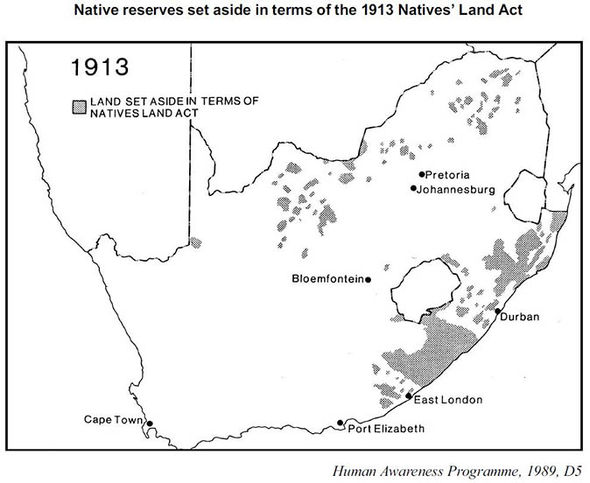 Professor Hall said: “I think it’s fair to say that the ANC has neglected the land issue for more than 20 years.”

But the ruling ANC was forced into reviewing its position by a voice from the left: pressure from the Economic Freedom Fighters (EFF), an opposition party led by former ANC youth leader Julius Malema.

Professor Hall said the EFF has taken up the land reform issue as their “rallying cry”, demanding land be expropriated without any compensation.

While the EFF might have vastly more liberal ideas about what land expropriation means, it seems the pressure has lit the fire under the ANC to bring the issue back into centre stage.

In February this year, a motion on land expropriation – proposed by the EFF and amended by the ANC – was passed in parliament.

It said: “South Africa has a unique history of brutal dispossession of land from black people by the settler colonial white minority.” 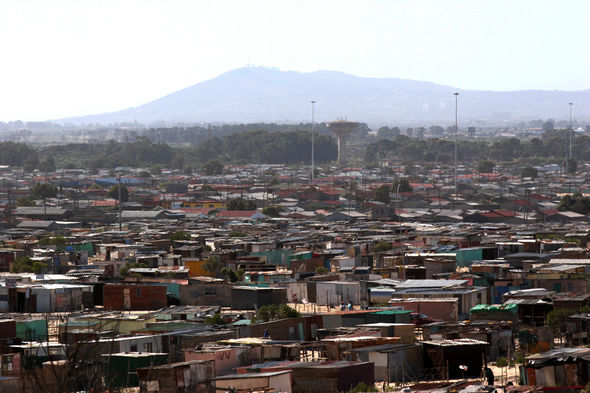 The statement adds that the government “would continue the land reform programme that entails expropriation of land without compensation, making use of all mechanisms at the disposal of the State, implemented in a manner that increases agricultural production, improves food security and ensures that the land is returned to those from whom it was taken under colonialism and apartheid”.

Basically, this means the ANC is planning on using its constitutional expropriation powers to acquire properties that black families and communities were forcibly removed from in the past.

However, it is important to note that the ANC has been moderate on the issue.

Professor Hall said: “What the president has made clear again and again is that the state does not run on any kind of land grabs which means forcibly taking farms that are going concerns and seizing them without any compensation.

“In fact, the president and the ANC in its resolution from its conference in December, specifically clarified that the types of land where the state will not compensate are vacant and unused properties held by government.” 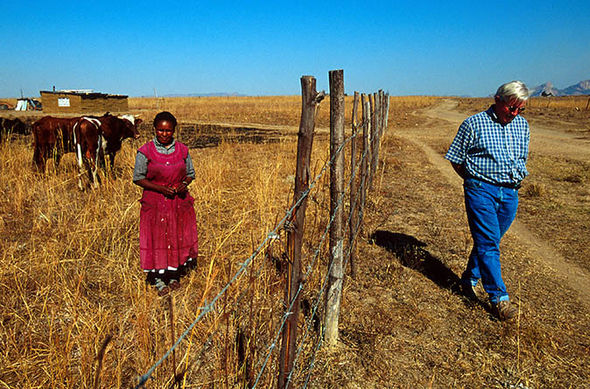 What is happening at the moment?

The Joint Constitutional Review Committee is holding dozens of hearings across all nine of South Arica’s provinces, listening to the multitude of diverse views across the country.

On Tuesday, the South African parliament withdrew a 2016 expropriation bill which gave the state powers to make compulsory purchases of land, intended to replace the “willing-seller, willing-buyer” model.

The withdrawal of the 2016 bill, which had been bogged down in parliament and not written into law, is seen as significant as it allows the state to clarify how compensation will be approached and also allows the public participation process to run its course.

Nonceba Mhlauli, a spokeswoman for the ANC’s chief whip, said on the bill withdrawal: “The bill in its current form would need to be reconsidered in light of the process of reviewing Section 25 of the constitution for the expropriation of land without compensation.

“Were the bill to be re-introduced, it would contain a clause or clauses reflecting expropriation of land without compensation if that is the way that South Africans have chosen to go.” 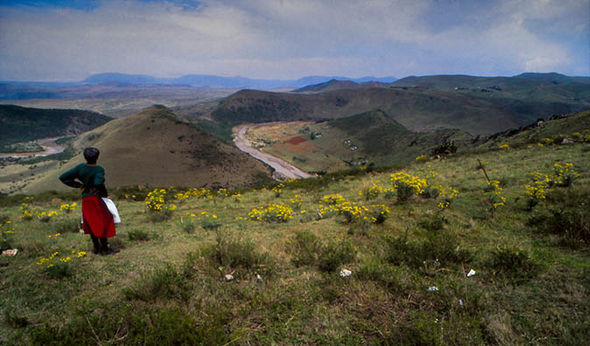 Are white South African farmers really being killed in their masses?

Brutal attacks on people living and working on farms in South African often make international headlines and have gripped the likes of Donald Trump.

While South Africa does have an alarmingly high murder rate, the farm murder rate has actually declined in the past year, according to statistics.

AgriSA, an association of agricultural organisations, found that in the year up too April 2018, there were 47 murders, with their data showing a decline from a high in 1998, when 153 people were killed.

It is important to note that this murder rate includes black and white people, but that the statistics don’t reflect this.

South African Police Services spoke Sally de Beer told fact checkers Africa Check: “The statistics are not kept by race, as race is not necessarily mentioned in the incident reports received from the stations.”

Professor Hall notes that the majority of people living and working on farms are black: The nation has about 2.8 million black farm workers and their families, and only about 30,000 white farm workers.

Black and white farm dwellers across the country have expressed safety concerns in the current political climate and are taking steps to protect themselves.

However, claims that white farmers are being slaughtered en masse are inflated and generally regarded as false by fact-checking groups.

What will happen next?

The government set out a goal of having a new expropriation bill passed before the end of December 2018, but there is a good chance it will take longer.

Professor Hall said: “I think that what we can see is that the ball is moving and the state is trying to clarify its position.”

There are concerns that, when expropriation of land happens and land is given to back families, the support will not be in place to ensure agricultural output continues to flourish. 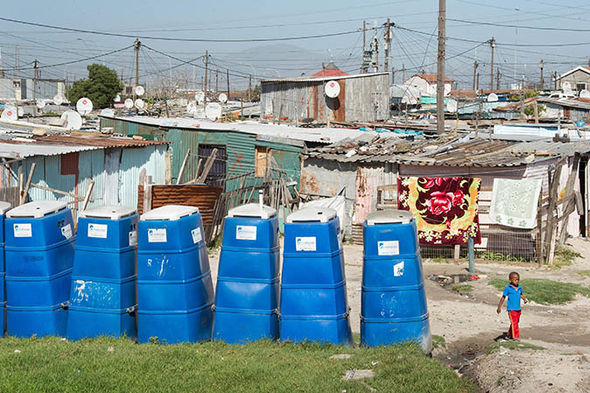 Professor Hall said: “A lot of the mechanisms of support that used to exist for white farmers under apartheid – forms of subsidy, trade protection, marketing boards, no longer exist to support a new and a new generation of black farmers.

“So this is a key issue that is going to have to be addressed.”

The ANC held a land summit in May where they set out an “ambitious vision for agrarian reform which includes subdividing large commercial farms to make vegetable smallholdings also provision of farm inputs, extension services and access to markets”, she said.

The plans, then, are beginning to formulate, but are still be fleshed out.

There is also the question of what will happen to the communities who lose the land they live on through expropriation.

EFF leader Mr Malema has said none of this means people will lose their homes, factories, or industries – but he wants all land to be owned by the state.

The details of the ANC’s plan are expected to emerge in the coming months.

Aguero could be out of action until November, says Guardiola

AP Explains: What happens with the Supreme Court vacancy?

Ginsburg made the law fairer for every US woman

Fall Guys mixes it up in today’s mid season update