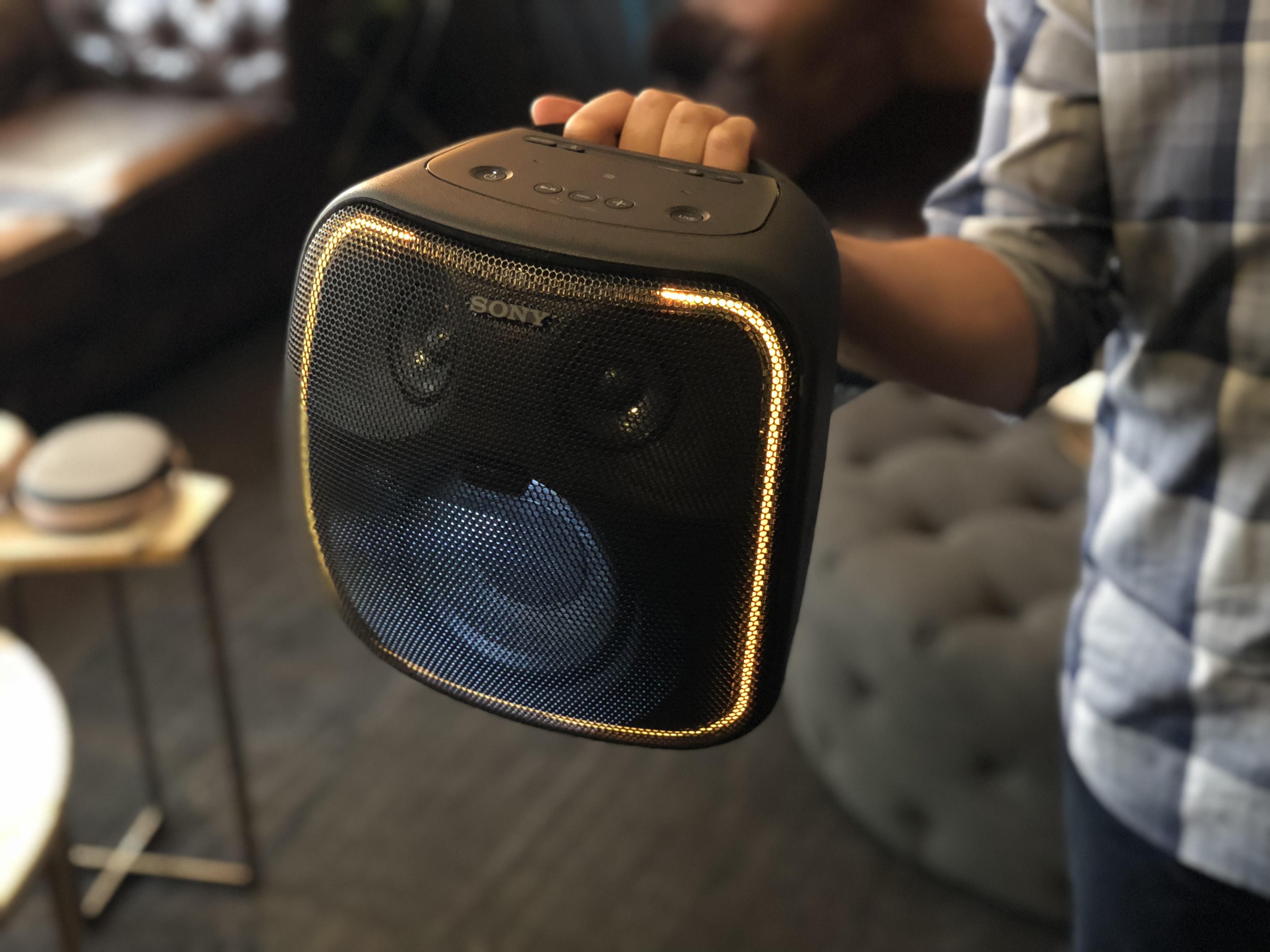 Earlier this year Sony put out a voice-enabled Wi-Fi speaker, the LF-S50G, that looked similar to Apple’s HomePod but didn’t sound all that great and hasn’t made much noise in the audio market. But Sony’s new SRS-XB501G, due out in October for $300, seems to be a lot more promising product.

I got chance to see and hear it in advance of its launch at the IFA trade show in Berlin and was impressed by its design and its sound. It’s both a Wi-Fi and Bluetooth speaker and has Google Assistant built in so you can issue voice commands. In some sense, it’s like a more powerful UE Blast or Megablast, or a JBL Link 10 or Link 20. Those are all portable voice-enabled speakers.

The SRS-XB501G is part of Sony’s line of Extra Bass speakers, but from what I heard, the speaker isn’t boomy and has decent definition (it has three drivers). I heard it both plugged in — it comes with an AC adapter — and on battery power, and Sony reps told me the speaker sounds the same in both modes. You can get up 16 hours of playback from the rechargeable battery.

Weighing around 6 pounds, it’s got some heft to it, but it’s not so heavy that it’s really cumbersome to carry around — and there is a built-in handle that makes it easy to transport. There’s also a USB-C port for charging your devices on the go.

Like a lot of Sony’s other portable speakers of late, this one puts on a light show. I like how Sony equipped the speaker with a threaded tripod mount so you can make speaker stands out of inexpensive tripods. One SRS-XB501G should fill a small to medium-size room with sound, but if you want to cover a larger area — and really use these to power a dance party — you can link multiple units.

I look forward to testing the SRS-XB501G when it ships in October. While it’s a little expensive at $300, from an audio, feature and design standpoint, it seems to match up well against other wireless speakers in the $250-$300 range.