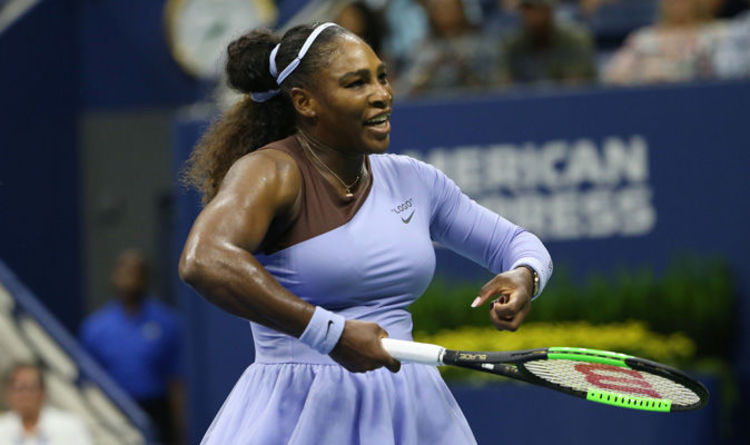 Serena beat Carina Witthoft last night for the loss of just four games to reach the third round as she looks to equal Margaret Court’s record of 24 Grand Slam titles.

Williams is already a four-time champion at Flushing Meadows but missed the tournament last year as she took a year off to start a family.

But the mother-of-one now looks back close to her best after reaching the Wimbledon final and knows she will need to be when she comes up against a familiar foe on Friday, a challenge she is not altogether looking forward to.

“But it’s definitely going to be a really tough match for me. Once again, it’s early in the tournament.

And the 23-time Grand Slam champion admitted that it is not easy to switch her mindset to beating Venus rather than hoping she wins.

“I never root against her, no matter what,” Serena said.

“So I think that’s the toughest part for me.

“When you always want someone to win, to have to beat them.

“I know the same thing is for her.

“When she beats me, she always roots for me as well.

The two sisters have met 29 times in professional matches and Serena leads their head-to-head record 17 wins to 12.

Of those matches, 15 have come at Grand Slams and while Serena has won most of them, she did lose their first major final meeting.

Venus emerged a 6-2, 6-4 victor, something her sister admitted she barely remembers, but Serena also revealed she reckons their individual success helps them both reach higher levels.

“The best part is we bring out the best in each other,” Williams added.

“I know when I play her, I have to play some of my best tennis.

“She does, too. It propels us to continue to play that for the tournament. It sets a tone for us.

“I feel like throughout our career, we have pushed each other to be the best that we can be, and be Venus and Serena Williams.”