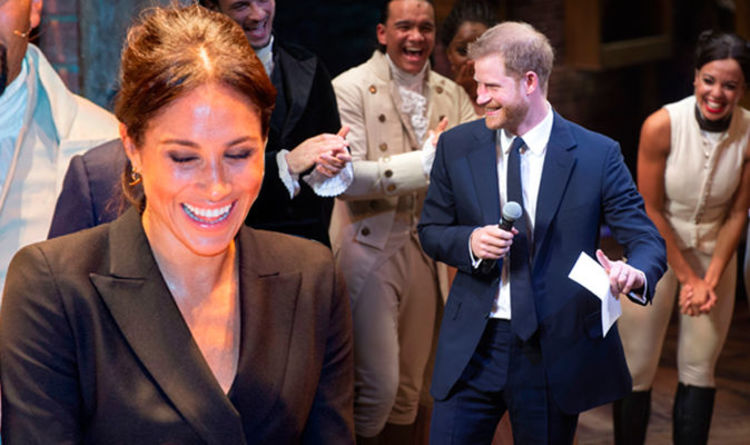 The event was in aid of Harry’s beloved charity, Sentebale, which helps to improve the lives of young people living with HIV.

The couple seemed elated and excited before the show and thoroughly enjoyed the evening, meeting with the Hamilton cast when the performance finished.

Joking with the cast, Meghan teased Harry by revealing a very funny story – that the Prince “can’t stop singing the songs”.

Following the curtain call of the smash hit musical, Harry got up on stage and briefly sang to one of his favourite Hamilton songs.

The prince sang a few lines of “You’ll Be Back”, a song sung by his distant relative King George in the show.

On meeting the cast, Meghan revealed that Harry actually sings all the show’s songs at home, being a big fan of the musical.

Overheard talking to Rachel John, who plays the character of socialite Angelica Schuyler, Meghan said: “We saw it back in January, February and thought it was incredible.”

Teasing her husband, Meghan continued: “Harry loved it, it was the first time he saw it, and now he can’t stop singing the songs!”

Harry shared the same enthusiastic conversation as Meghan did with the cast, grinning from ear to ear as he chatted with Jason Pennycooke who plays Marquis de Lafayette, even greeting him with a “bonjour”.

The 33-year-old Prince told Pennycooke: “The first time round [I saw the show] I was laughing so much. Just fantastic.”

Hamilton is based on the life of one of the USA’s founding fathers, Alexander Hamilton.

Last night marked the third time Meghan had seen the hit musical, having seen it with Prince Harry and also her friend, Priyanka Chopra.

For the occasion, Meghan wore a daring little black dress, showing off her long, slender legs.

The tuxedo-style dress was by Canadian fashion house, Judith & Charles, and retails for around £330.

One thing Meghan didn’t wear was a pair of nude tights, a rumoured must-have of Royal women.

With the dress skimming Meghan’s thighs, a fair amount of her legs were on display, an occasion which would usually call for a Royal to wear nude tights.

It is reported to be an unwritten rule in the Royal Family that royal women must wear nude tights to public events.

Wearing tights is apparently the Queen’s “only rule”, with Kate Middleton always adhering to the rule when out in public.

The Queen’s royal rule was revealed by royal expert Victoria Arbiter in an interview with Insider magazine. 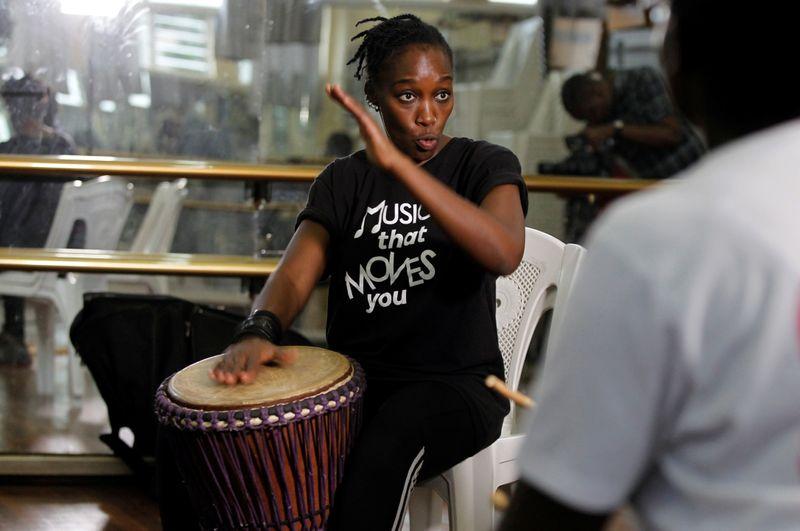 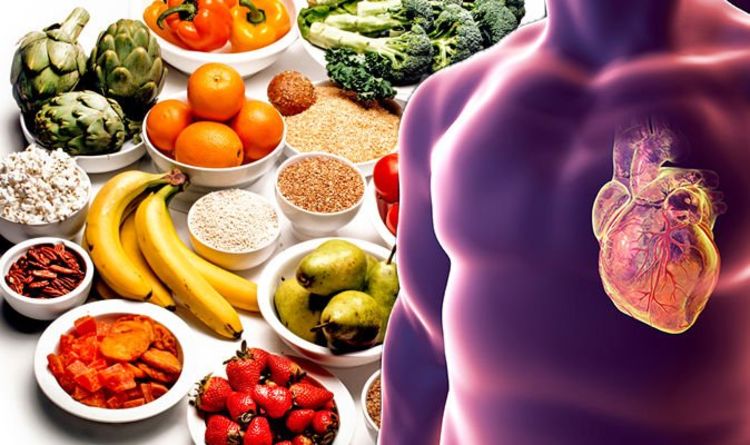 The main job of the heart is to pump blood around the body, which sends oxygen and nutrients to all parts of […] 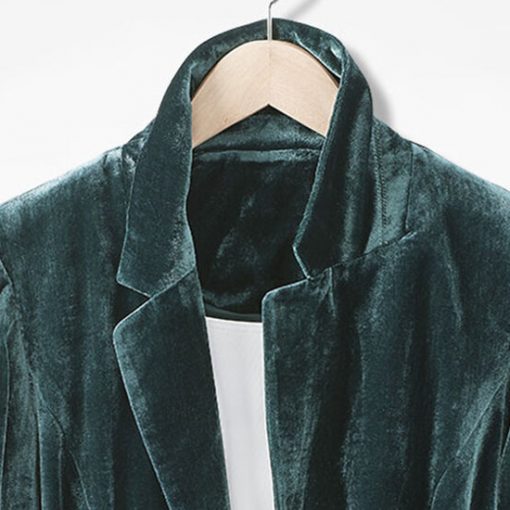 I have always had a large bust, but I am about to undergo a bilateral mastectomy. I do not intend to undergo […] Customers wait at a cafe where a robot that takes orders, makes coffee and brings the drinks straight to customers is being […]