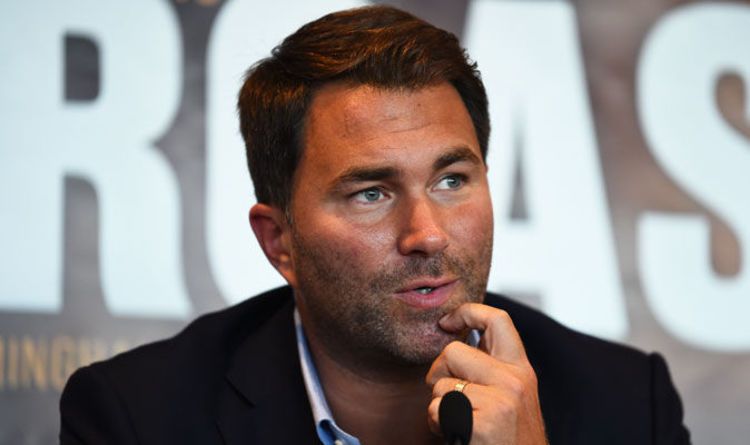 The heavyweight fight, which was preceded by a number of other amateur YouTuber bouts on the undercard, was billed ’the biggest event in internet history’.

The six-round contest ended as a majority draw, which has fuelled rumours for another lucrative payday for the pair, most likely in Paul’s homeland across the pond.

The event has garnered criticism from boxing fans, who feel the weighty pay package which both fighters received is an insult to professionals, who wield far superior boxing skills.

Boxing promoter Eddie Hearn has boxers such as Anthony Joshua and Amir Khan on his books at Matchroom Sport, but was very complimentary of KSI and Paul.

“They probably made two or three million each – that’s nice, nice work,” he said in an interview with iFL TV.

“But listen, f***ing hell, as a promoter… KSI, Logan Paul – I take my hat off to you. Unbelievable.”

When asked whether he would be open to talks with KSI if the 25-year-old longed for a professional boxing career, Hearn replied: “Yeah, I probably would. But he’s not gonna fight for £15,000 – he’s just fought for £3m!

“Once again, what KSI and those guys do, they’re geniuses. I saw a little clip of the fight… It wasn’t horrific.

“People are saying: ‘Ah it’s terrible for boxing.’ No it’s not, it’s great for boxing, it just takes boxing to a wider audience.”

Austria's leader: 2nd wave of virus has begun, use caution