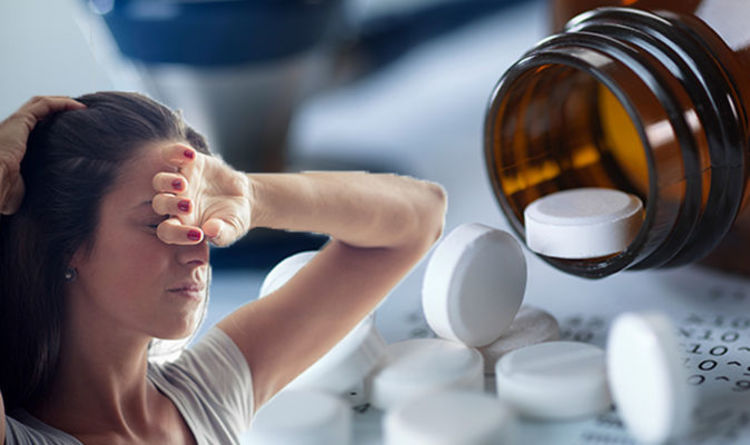 Fibromyalgia, also called fibromyalgia syndrome, is a long-term condition that causes pain all over the body.

As well as pain, sufferers may experience fatigue, muscle stiffness, difficulty sleeping, problems with mental processes – known as ‘fibro-fog’ – such as problems with memory and concentration, headaches and irritable bowel syndrome.

Although there is no cure for the condition, there are treatments which can ease the symptoms and improve quality of life.

As well as your GP, rheumatologists, neurologists and psychologists may be involved in your treatment.

As fibromyalgia has numerous symptoms, no single treatment will work for all of them.

“You may need to try a variety of treatments to find a combination that suits you. This will normally be a combination of medication and lifestyle changes,” said the NHS.

There are various forms of medication which can be taken for fibromyalgia.

Most obviously, painkillers are one option. Simple over-the-counter painkillers such as paracetamol can sometimes help relieve pain, but aren’t suitable for everyone.

If over-the-counter painkillers aren’t effective, you may be prescribed a stronger painkiller, such as codeine or tramadol.

“However, these painkillers can be addictive and their effect tends to weaken over time. This means that your dose may need to be gradually increased and you could experience withdrawal symptoms if you stop taking them,” warns the NHS.

Antidepressants can also help to relieve pain in some people with fibromyalgia.

Antidepressants boost the levels of certain chemicals that carry messages to and from the brain, known as neurotransmitters.

Low levels of neurotransmitters may be a factor in fibromyalgia, and it’s believed increasing their levels may ease the widespread pain associated with the condition.

Sufferers of the condition may also want to try medication to help them sleep, as sleeping better may lessen the severity of other symptoms.

Both over-the-counter and prescription sleeping medications may be recommended.

If you have muscle stiffness or spasms as a result of fibromyalgia, your GP may prescribe a short course of a muscle relaxant, such as diazepam.

You may also be prescribed an anticonvulsant medicine, used to treat seizures, as these can be effective for those with fibromyalgia.

The most commonly used anticonvulsants for fibromyalgia are pregabalin and gabapentin, which are normally used to treat epilepsy.

“Studies have shown that these medications may help conditions such as fibromyalgia, but further research is needed to confirm this,” said the NHS.

Other treatment options include hydrotherapy – such as swimming, sitting or exercising in a heated pool of warm water – and relaxation techniques.

High blood pressure: Be aware of the ‘salty six’ if you want to lower your reading

Martha Stewart, Blissed Out on CBD, Is Doing Just Fine

Samsung AKG Y600NC headphone review: the best of Bose and Sony on a budget

A Day 1 Prediction on the Beach

Taylor Swift Fans Are Very Confused By This Bizzare Tweet From Lindsay Lohan!