The FBI will assess the use of force by police in two arrests in Mesa, Arizona, including one for possible civil rights violations when a man was punched by officers who were responding to a complaint about another man, authorities said Wednesday.

The federal agency informed the Mesa Police Department on Tuesday about the review, which included the arrest of Robert Johnson, who was seen in surveillance video being punched by police in a May 23 encounter.

The other case centers on the the arrest of Gabriel Mark Ramirez, Jr., the Mesa Police Department said. Details of that case were not immediately available. 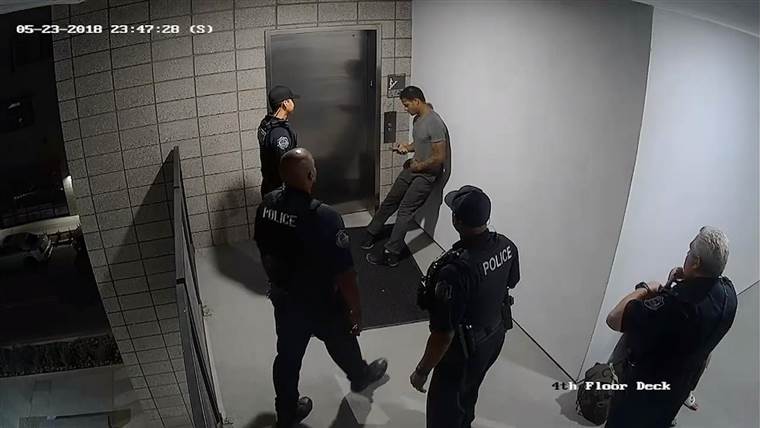 The development comes days after the Scottsdale Police Department, which was called in to conduct the initial investigation, determined that the use of force by officers was justified and recommended no criminal charges.

Johnson, 35, was punched and arrested after police responded to a report of a domestic disturbance involving another man who had allegedly tried to force his way into an ex-girlfriend’s apartment. An officer wrote in a report that Johnson refused a request to sit down, and that the officer believed he was preparing for a fight.

Charges against Johnson were later dismissed by a judge at the request of prosecutors.

Johnson’s attorney, Benjamin Taylor, said in a statement Wednesday that he was pleased the FBI was looking into the use of force in the incident, which he called a case of police brutality.

“We hope that the FBI will do a fair investigation and help clean up the Mesa Police Department’s culture of hurting citizens and give justice to Mr. Robert Johnson,” Taylor said in a statement.

A Mesa police public information officer said in an email that an internal investigation into Johnson’s arrest is continuing, and the officers involved have been placed on administrative leave.

“Based on the totality of the circumstances and all of the evidence in this case, our final determination is that no criminal charges are warranted against the involved officers as the use of force was legally authorized and justified under Arizona State Law,” Scottsdale police said.

They added that the case was presented to the Maricopa County District Attorney’s Office, which agreed with the conclusion.

Taylor said he intends to file a civil lawsuit.