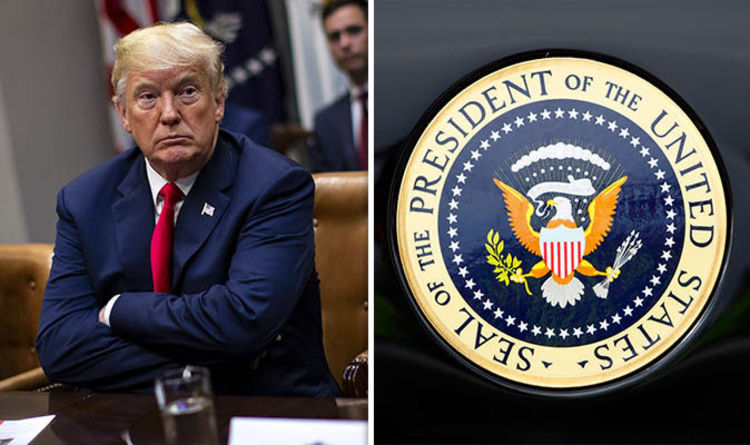 Mr Trump has been highly controversial since he took office, and has ignited both hatred and love among the American and global public.

Now, in his second year in office, the President is having trouble garnering a positive view from the polls, consistently lagging behind the 50 percent mark.

At the moment, Mr Trump is behind the Presidential average for this time in the office.

With investigations into his campaign and frequent outbursts on Twitter, this may not change.

How popular is Donald Trump?

Donald Trump’s presidency has resulted in a number of his activities and allegiances being brought under the microscope amid allegations of collusion between his campaign and Russia.

Robert Mueller is currently heading a council which is seeking to investigate the former reality tv star’s campaign ties with Russia.

As the investigation continues, allies to Mr Trump have been questioned, as ex-campaign chairman Paul Manafort seeks retrial on Bank fraud and false tax charges.

This, coupled with controversial statements and interactions with other figures has seen Mr Trump’s popularity plummet since 2016.

US pollster Gallup has released the latest weekly approval for Mr Trump, putting him at 41 percent.

Mr Trump’s term average (the period starting from his inauguration in 2017) is sitting at 39 percent currently.

Gallup’s polling is based on 1,500 U.S. adults ages 18 and older for each weekly rating.

The US President’s approval rating is reflected in other polls, with FiveThirtyEight putting the President at 41 percent also.

There are outliers however, as polling bodies Rasmussen Reports/Pulse Opinion Research and McLaughlin & Associates surveys of 500 likely voters give the President 48 percent approval.

However, the two pollsters have been provided with a low rating for trustworthiness by FiveThirtyEight, and could be biased.

One of their most trusted poll in Suffolk University, has provided an overall rating of 40 percent after questioning 1,000 registered voters.

Mr Trump has made a recent claim that he has a towering approval rating, and is the most popular Republican President in the party.

In a Tweet on Sunday, he wrote: “Over 90% approval rating for your all time favourite (I hope) President within the Republican Party and 52% overall.

“This despite all of the made up stories by the Fake News Media trying endlessly to make me look as bad and evil as possible. Look at the real villains please!”.

While his overall job approval claims are evidently incorrect, he may not be far off the point with his Republican claims.

A huge 76 percent of Republicans and Republican-allied people have apparently stated that they are approving of the President’s overall work, according to a poll from AP-NORC.

Capitalism isn't working anymore. Here's how the pandemic could change it forever

Swedbank says being investigated over suspected past market abuse