Four teams in each group will battle for two places available to progress to the last-16. The third-placed teams will drop into the Europa League, with sides that finish fourth exiting Europe for the 2018/19 season.

You can follow the whole draw below with Express Sport…

• Four English clubs in the draw 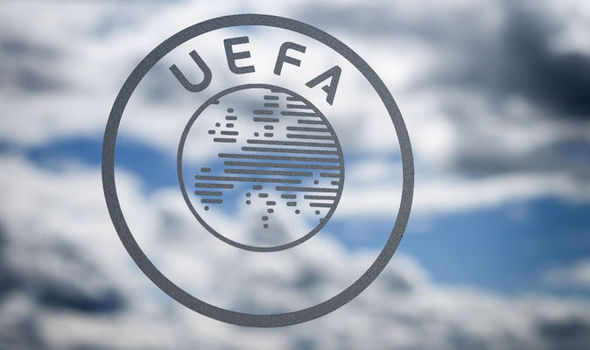 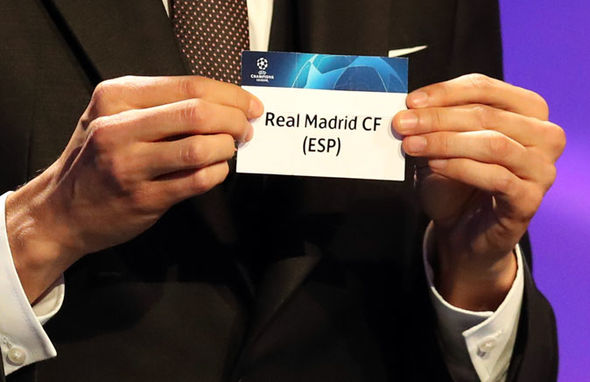 Champions League draw LIVE: Real Madrid are out of the hat (Image: GETTY) 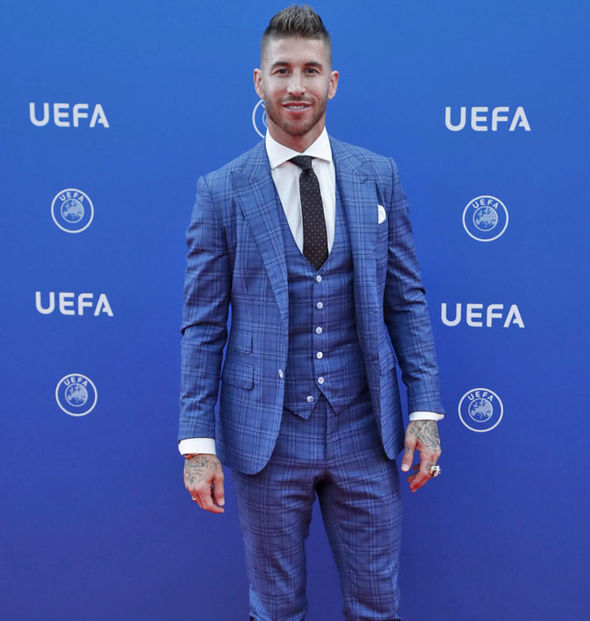 18:08: So there we are. Tottenham are a fun group and Liverpool’s path to the knockout stage could be tricky. Manchester United will welcome back Cristiano Ronaldo to Old Trafford. Manchester City will take solace in knowing they should get results against all three opponents.

17:48: Barcelona and Tottenham in the same group. Ronaldo returns to Manchester United with Juventus. Manchester City AGAIN playing in Russia.

17:44: RONALDO will play against Manchester United! Juventus and United in group H.

17:36: After the top seeds are drawn UEFA cut to a montage of Sergio Ramos. He won the defender of the year for last season’s tournament. 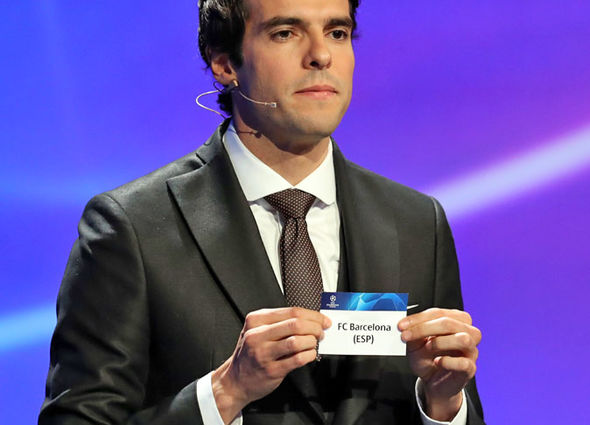 17:23: THE DRAW IS ABOUT TO BEGIN! Oh wait… they are explaining the rules first.

17:22: Keylor Navas wins the award for the best goalkeeper in last season’s Champions League. Hard to argue with that. Shame Real Madrid have bought someone to replace him this summer…

17:17: Here’s Diego Forlan and Kaka, arriving for the draw. Kaka looking marvellous as ever. As does Forlan. Marvellous.

Forlan calls the city of Madrid “incredible”. Kaka asked about Real Madrid, who he brands “one of the best clubs for sure in the world”. 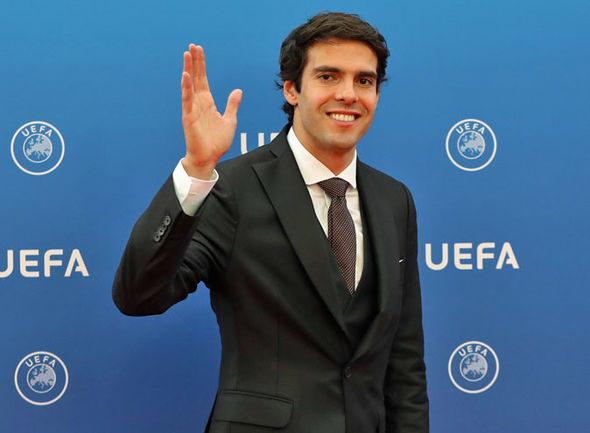 17:12: The second montage… and it’s David Beckham! Oh hello. Looks like he’s being presented with the President’s Award. What a marvellous man.

Beckham asked what his defining moment was: “There was many moments throughout my career, playing under some of the greatest managers. Winning the treble was an incredible moment for me, and for Manchester United.” I’d say.

17:11: So, we will have a fair few former players no doubt drawing the balls today. The first man on stage… UEFA president Aleksander Ceferin. He said two days ago that an FFP investigation into PSG will “come later”.

17:08: The draw is underway! Well, the montages are at least. The first montage… a look back at last season’s Champions League. 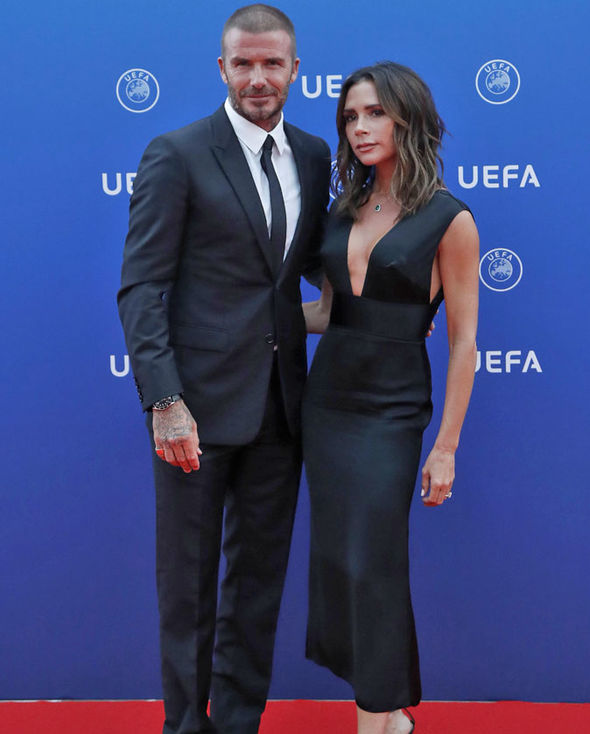 Here are the pots for the Champions League draw this season. Remember, no team from the same country can face each other – and Russian and Ukrainian sides cannot meet at this stage either. 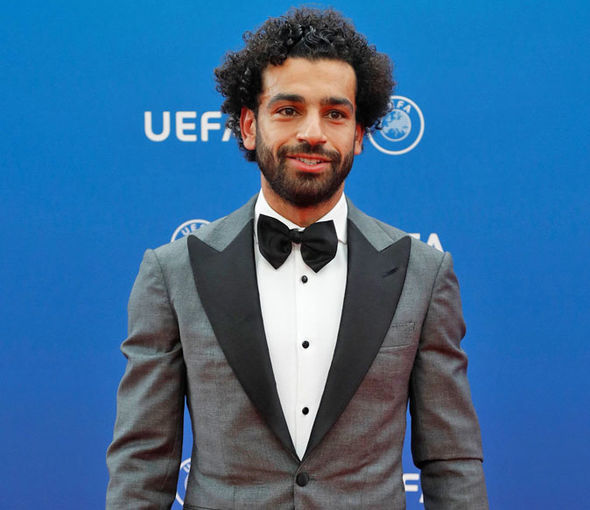 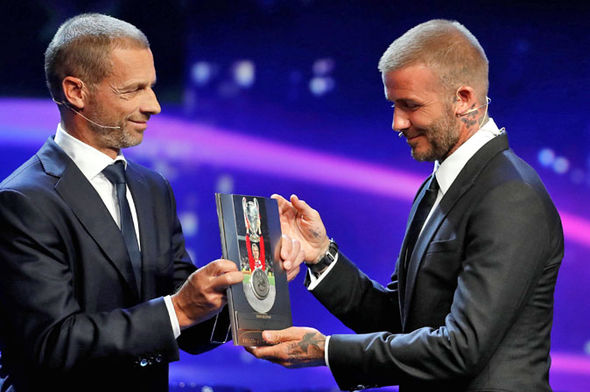 Champions League draw – how it will work

The Champions League draw for the group stage is scheduled to start at 5pm.

But in reality we could be waiting around for a while as UEFA like to show off their carefully-crafted montages and interview former players.

The draw will take place with an official pulling out the top seeds and placing them, one each, in the eight groups.

The bottom seeds will then be drawn and placed into the groups, then the third seeds and finally the second seeds. This builds the suspense as teams like Barcelona find out which sides they will likely qualify alongside for the knockout stage. 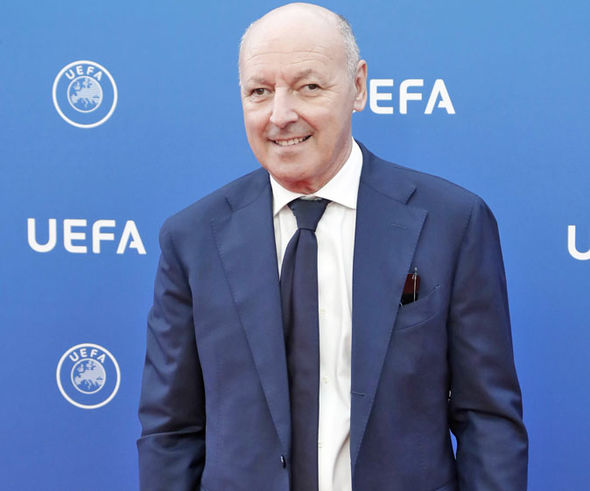 Barcelona are another favourite to win the Champions League and they start the campaign without Andres Iniesta, their midfield talisman for more than a decade.

Lionel Messi remains the big man at the Nou Camp but has been overshadowed by Cristiano Ronaldo in recent years.

No one will want to face them and manager Ernesto Valverde is likely keen to avoid a big match against one of the Pot 2 teams. 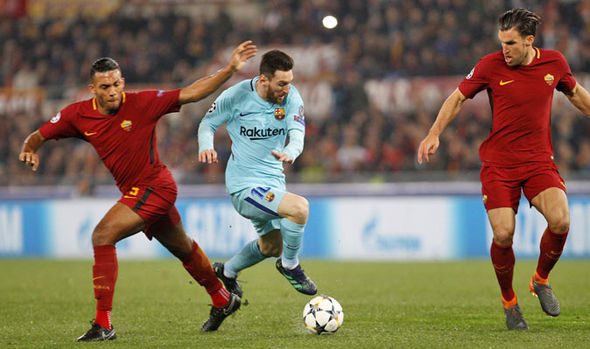 Is there anything left for Real Madrid to win? Well, no, not really.

But the club will want to prove they can still be the best even when Zinedine Zidane has left as manager and Cristiano Ronaldo sold to Juventus.

Ronaldo was ever-present in Real’s charge to Champions League glory over the past three seasons.

His absence means Gareth Bale and Karim Benzema will have to lead the line. Both men scored in the Champions League final last season. Real aren’t short of talent this term. 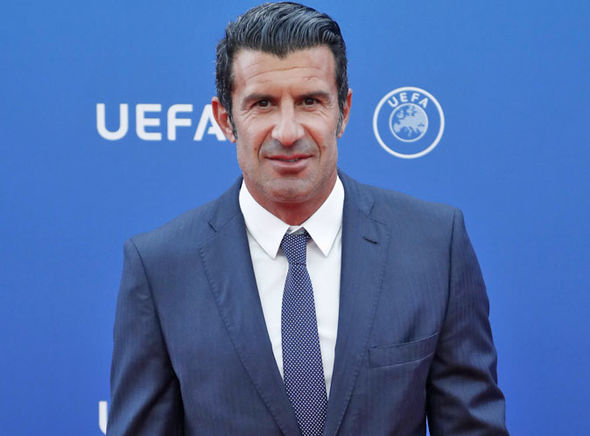 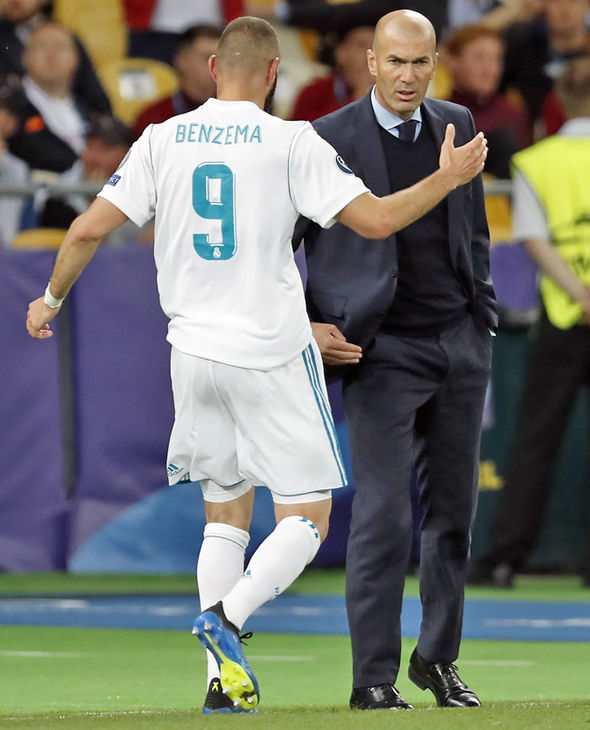 Last season’s defeated Champions League finalists will look to go one better this term and lift the trophy.

But is that the honour the fans really crave? Liverpool won their fifth European Cup in 2005 and reached the final in 2007, as well as earlier this year.

If Liverpool were offered the Champions League or the Premier League, which one would fans take?

Jurgen Klopp is unlikely to sacrifice league form for European commitments. But Liverpool may shift their focus to the English top flight if their excellent start to the domestic campaign continues. 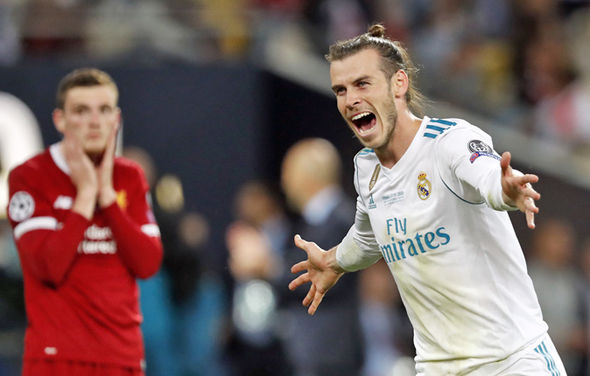 Pep Guardiola has revolutionised Manchester City. But he is still to win the Champions League with this club.

City’s billionaire owners crave the Champions League – much like those over at PSG.

Guardiola has possibly the best attacking unit on the continent at his disposal, and also a packed defence.

But City fans have never taken to UEFA and they always seem to get long trips out east in the group stage. Expect a Russian tie again. 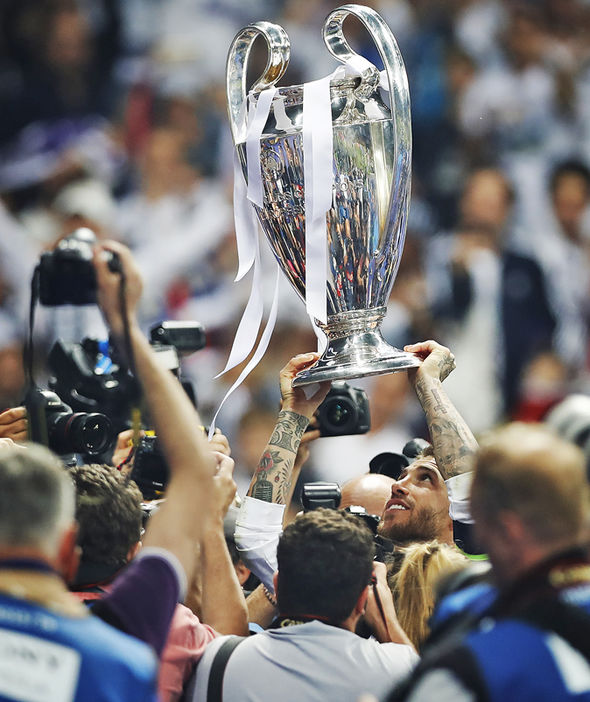 Tottenham will play their Champions League games in their new stadium this season, after two years at Wembley.

And the north London club could be forgiven if it doesn’t all go their own way in their new home.

It takes time to settle in – as Spurs found to their cost in 2016/17 – but expectation on manager Mauricio Pochettino will be there.

The aim is a top-four Premier League finish this season, with a trophy along the way a bonus. 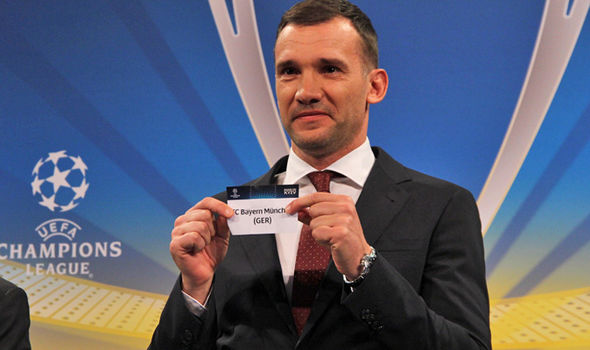 Manchester United are in the Champions League and hoping to win the trophy for the first time since 2008.

United have endured a decade of obscurity when it comes to lifting the European Cup.

But they still won the Europa League two seasons ago and manager Jose Mourinho is expected to haul the Red Devils to a trophy challenge this season.

United went out to Sevilla in the last-16 stage last season. Progress is required. 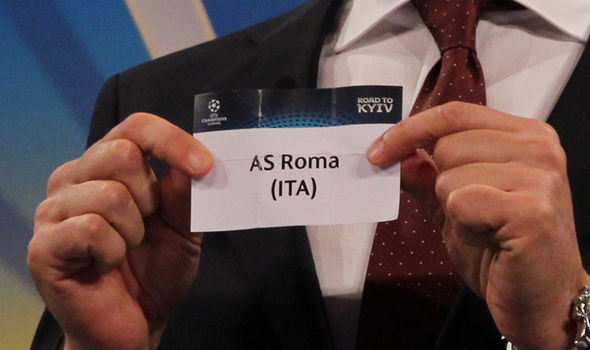 Hello and welcome to our live coverage of the Champions League draw.

The group stage draw is always an event for UEFA, with 32 teams in action.

The draw gets underway at 5pm UK time and there will for sure be plenty of chatter between the balls being drawn.

Make sure to stick with Express Sport for the immediate draw details when it happens.