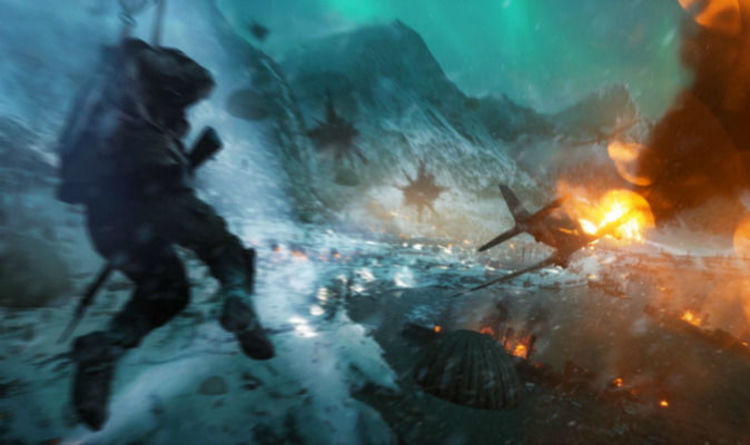 EA and Dice have made the unusual move of delaying the full launch of Battlefield 5 on all platforms.

The good news for fans is that the Battlefield 5 open beta is still scheduled for release in September, and will be available on PS4 and Xbox One as expected.

While delays in release dates are not uncommon, the BF5 launch has been set in stone for some time.

From the outside it looks like EA may have decided to change things up, having been sandwiched initially between Black Ops 4 and Red Dead Redemption 2.

But according to the official statement released today, moving the Battlefield 5 release date is about improving the game for fans.

It has now been confirmed that BF5 will launch on November 20, instead of in October like originally planned.

More news is expected to be released on how this will affect players who have pre-ordered the game and have early access in place.

“We believe we have one of the best Battlefield games ever on our hands, the statement from Oskar Gabrielson, General Manager of DICE, reads.

“A game that will deliver on an emotional journey through the return of unseen single player War Stories, a deep multiplayer experience, Battle Royale, along with our new live service, Tides of War – a journey across multiple theaters of WW2 and designed to keep our community together.

“With the Open Beta just around the corner, we are excited about the millions of you who will join us and experience the game. And we fully expect to see even more feedback coming our way.

“And that’s why we’re moving our launch date. We’re going to take the time to continue to make some final adjustments to core gameplay, and to ensure we really deliver on the potential of Tides of War.

“We know moving the launch date means that we all have to wait a little longer. But we’re going to take our time to make sure we get it right.”

The open beta for BF5 is still kicking off on September 6, and will be available to download for free on Origin PC, PS4 and Xbox One.

When it comes to the content available during the testing phase, EA and DICE provided a few new details on what to expect next month.

The Rotterdam map on Conquest mode will be one of the highlights, as well as the Arctic Fjord map on both Conquest and Grand Operations.

Revealed earlier this month, the Rotterdam map features battles through the streets of Holland where “the game’s dynamic physicality and destruction will be on full display,” according to DICE.

For those that don’t know, Grand Operations is a multiplayer experience that spans across multiple maps and modes which features story elements and narrative input.

It seems unlikely that EA and Dice have made any major changes to the open beta, and the content it will include.

Having pushed back the release date, it could mean that the open beta gameplay will differ when it comes to the full build of the game.

“You have told us that you are seeing an increased focus on squad play come through, you are also feeling the difference in our revamped player movement, and we are getting a lot of positive feedback for our improved weapons handling,” the statement adds.

“You’ve also spurred us to make some meaningful improvements to the core gameplay experience, including adjusting the gameplay tempo, improving soldier visibility and reducing player friction. You’ll see a lot of these reflected in our Open Beta that starts on September 6.”

Lost Isn't Alone: The 10 Most Controversial Series Finales Ever

Partners in Everything: Inside Ruth Bader Ginsburg's Inspiring Love Story