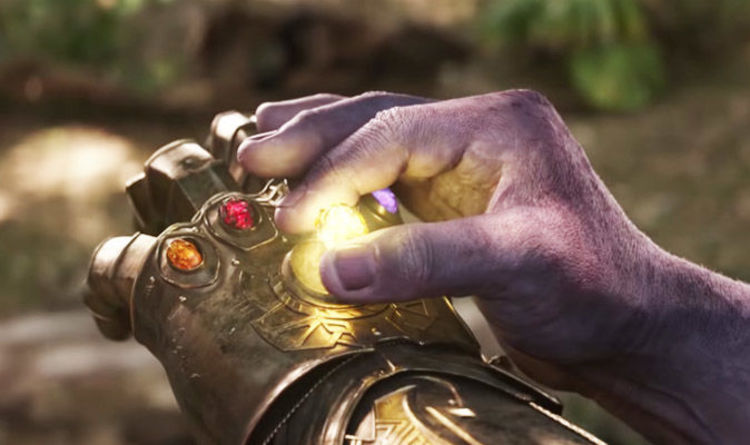 As the Marvel epic opened Thanos had already collected the Power Stone, before seeking Space, Reality, Soul, Time and then Mind.

But was there more to this order of his heist than meets the eye?

That’s certainly what one theorist thinks, arguing Thanos sought the stones in order of how much he would have to use them.

Reddit user tclayton writes: “Did anyone else notice that Thanos collected the stones in order, of how much he would use them?”

The fan continued: “He used the Power Stone the most, then Space Stone, then Reality.

“Although he didn’t really use the Soul Stone, he used the Time Stone once, and never the Mind Stone.”

Of course some fans have commented that it was probably more in order of what was available and accessible to Thanos at the time.

And it makes sense from the screenwriters’ perspective that Thanos needed the Time Stone to bring Vision back and mine the Mind Stone from his forehead.

When it comes to Odin, there’s evidence that the Asgardian king wanted to conquer the universe and obtain the six Infinity Stones for himself.

In Thor Ragnarok fans learnt he was a war lord with his daughter Hela, while we already knew he had his own Infinity Gauntlet and has possessed two stones in the past.

And then there’s Ego who was the villain in Guardians of the Galaxy Vol 2, so why would he want to stop Thanos.

Well Ego’s aim was meaning and he felt he could obtain this in the most satisfying way by engulfing, or becoming, the rest of the universe.

Carole Baskin is eliminated from 'Dancing with the Stars'

Shannen Doherty, 49, has stage IV cancer but does not want to make goodbye videos

This Sneak Peek at Connecting, a New Quarantine Comedy, Is So Freakin' Relatable