Rescuers dug into the ground and tunneled several feet to save a worker who was “buried and entombed” in the debris of a roof that collapsed following an explosion at a Water Reclamation plant on Chicago’s South Side Thursday morning. At least 10 people in total were injured.

The collapse was reported around 11 a.m. in the 400 block of East 130th Street at the Calumet Water Reclamation Plant.

Conditions of the people who were injured weren’t immediately known, though two of those hospitalized had to be rescued.

Footage from the scene showed the roof of the building caved in as fire crews sifted through the rubble.

Within the first 20 minutes, authorities said one worker was rescued from the building. Meanwhile, crews were working to dig out another man who had become trapped in the debris.

The second rescue took more than two hours to complete.

According to authorities, crews dug 6 feet into the ground and tunneled roughly 20 feet to reach the employee whose leg was trapped by a large beam in the debris. Rescuers worked with emergency responders and University of Chicago Hospital to free the man from the rubble and keep him from losing his leg, Fire Commissioner Jose Santiago said.

“It was a very dangerous situation,” said Deputy Fire Commissioner William Voot. “We were even in touch with the hospital at all times to make sure we were doing medical procedures that we thought were correct.”

“We came very close, too close, in that we might have had an amputation that was stopped,” Santiago said.

According to Voot, the man was moving his extremities and answering all questions during the rescue. He was believed to have suffered a broken jaw and a fractured leg. 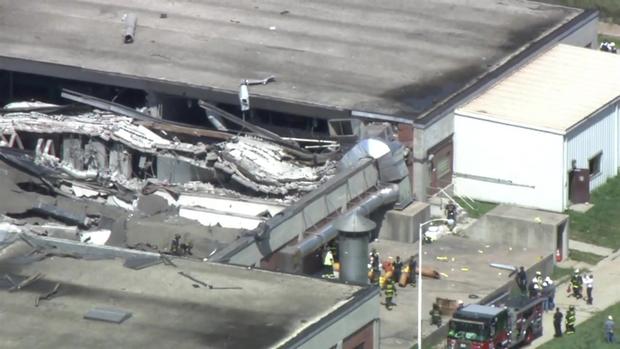 “He was saying he was hurt, wanted to know what happened,” Voot said.

The man was airlifted from the scene to University of Chicago Hospital in unknown condition.

“It was extremely impressive to see the fire department in action, using all the tools in their toolbox in a tragedy like this without having any casualties,” said Ald. Anthony Beale.

A spokesperson for the Water Reclamation District said the explosion took place in the plant’s “sludge concentration building.”

A preliminary investigation indicated the blast may have been caused by methane gas, fire officials said, noting an official cause was still being investigated.

Alicia Tate-Madeau with the Office of Emergency Management and Communications said work was being done on the roof of the building at the time of the explosion and the area was “offline” at the time. 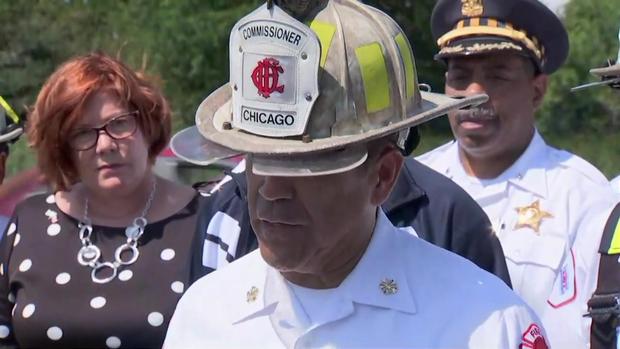 The Calumet Water Reclamation Plant is one of seven wastewater treatment facilities owned by the Metropolitan Water Reclamation District of Greater Chicago, which is the stormwater management agency for the city and 125 Cook County communities. The Calumet location is the oldest of the seven plants and has been in operation since 1922.

The explosion is not expected to impact any services for Chicago and the plant was expected to continue operating.

According to Ben Noble, communications director at the Illinois Department of Labor, there have been no OSHA violations at the plant.

“It’s too early for us to get involved but inspectors will be sent out to inspect and mitigate afterwards,” he said.

Check back for more on this developing story.

Protests turn into battles as rallies across the US turn ugly

Hong Kong has more skyscrapers than nearly any city. But 60 years ago, tigers were still seen in the wild

Philippines death penalty: A fight to stop the return of capital punishment