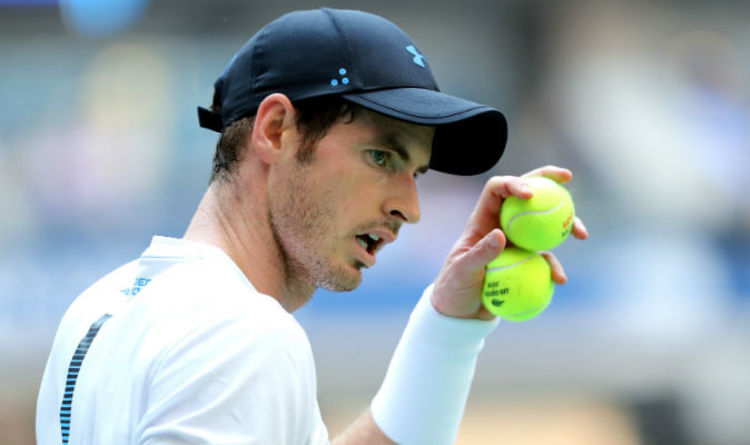 Murray entered the match with a 13-1 winning record against Verdasco and the pair exchanged early breaks of serve in the first set.

But Verdasco broke again in the tenth game when Murray double-faulted and the Spaniard won the set 7-5.

Murray shook off the disappointment of losing the set and broke Verdasco’s serve to move 3-1 in front.

Verdasco broke back immediately but Murray hit back again with a third consecutive break and won the set 6-2.

At the start of the third set, Verdasco responded by breaking Murray’s serve and then got an insurance break to lead 4-1.

Murray got one of the breaks back but Verdasco held on and the players were then entitled to take a 10-minute break due to the ‘extreme heat’ policy put in place by US Open officials today.

Seemingly unaware that the break was available, Murray was heard saying: “When is the 10 minutes from? Has it already started?”

Verdasco requested the break and was already walking off the court while Murray was still in his chair.

Murray eventually trudged off to recompose himself but he returned to court well before the 10-minute break was finished.

The British player then told the umpire that Verdasco spoke to his coaching team, which is against the rules put in place by the tournament director.

Murray said: “He’s [Verdasco] sitting there with his coach and his doubles partner. I had to tell them because nobody knows the f****** rules.”

Murray composed himself but lost his serve to fall 3-4 down after three hours on court.

Then in a marathon final game, Murray gave himself chances to get level but Verdasco held on to win 7-5 2-6 6-4 6-4 and take his place in the third round where he will face Juan Martin Del Potro.

17 Learning Tools For Your Next Outdoor Excursion