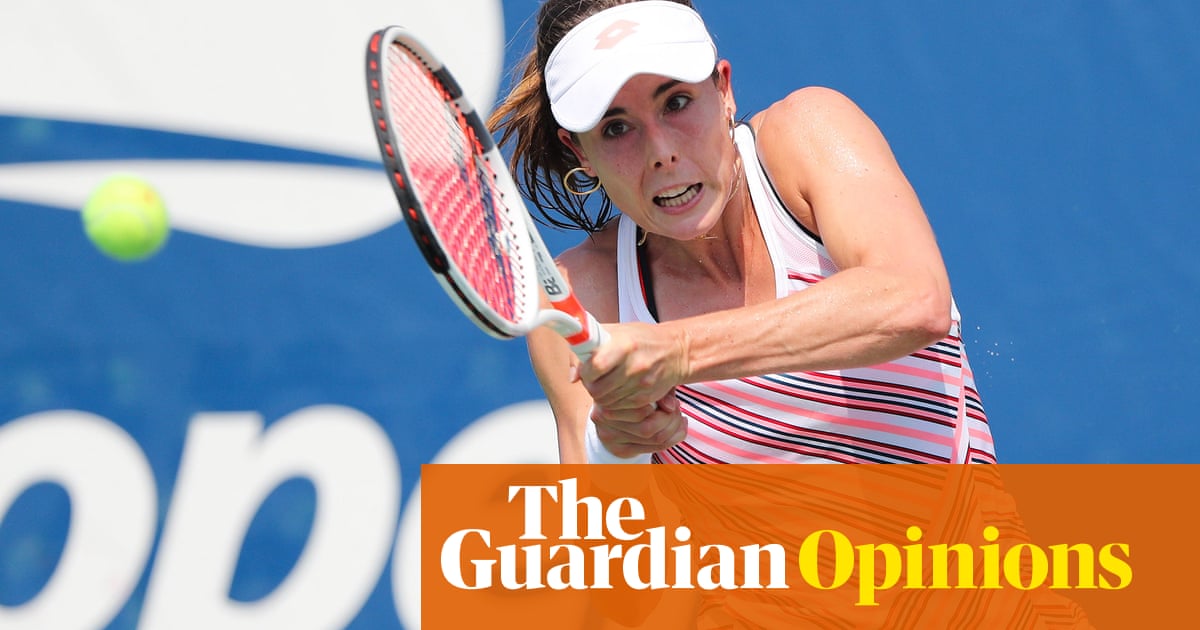 When I was 15, I stepped foot onto a golf course where I had practiced throughout my junior career as I made my way towards the professional tour. It was a hot and humid summer in Oklahoma, so shorts were the only practical choice to wear that day. It wasn’t long before I discovered that not everyone held that opinion. A staff member apologised and said I would have to call my mother to bring me a longer pair of shorts, otherwise I would have to leave.

I quickly put my hands to my side, to show that I met the dress code for the club, where shorts had to be at least fingertip-length. In fact, mine were about an inch longer than that. No matter. My mother wasn’t free to bring me new shorts, so I had to leave.

This humiliating memory resurfaced on a sweltering Tuesday at the US Open, when the French player Alizé Cornet was hit with a code violation by the chair umpire. She had realized her shirt was on backwards after a changeover, quickly took it off and switched it around. None of the men at the tournament were administered fines or penalties while sitting shirtless between games in the heatwave to cool off. While the code violation was later reversed and Cornet avoided a penalty after US Open organizers clarified the rules, it highlighted the double standard female athletes often face.

Indeed, it was not the first time a female tennis player’s choice of clothes had come to the attention of the authorities. It wasn’t even the first time this month. Last week, the French Tennis Federation president, Bernard Giudicelli, said Serena Williams’ catsuit would no longer be permissible at the French Open. “I think we sometimes went too far. The combination of Serena this year, for example, it will no longer be accepted. You have to respect the game and the place,” Giudicelli said.

“Respect the game.” That particular statement stands out because Williams was fully covered while looking like a bonafide superhero, and wore the specially designed catsuit to help prevent blood clots, a condition that has nearly killed her in the past. The ban also evoked my swift removal from the golf course despite my adherence to the rules.

Like Williams, I have a body that came under scrutiny during my professional sports career. I am naturally muscular, with legs that have been compared to tree trunks by some in the golf industry. And like Williams, clothes look different on me simply because of my build. We are not the idealized version of what femininity looks like and because of this, we are punished.

In sports in particular, women have been given mixed messages about what is acceptable, and what is deemed improper. For instance, while gearing up for the 2012 Olympics in London, the Badminton World Federation ruled that female players had to wear skirts or dresses to play at the elite level. The goal was to make the women competing seem more feminine and desirable to a larger audience and to corporate sponsors, according to the officials. A similar mandate was suggested by the Amateur International Boxing Association to “help distinguish the women from the men”.

Last year, the LPGA, on whose tour I played, sent out a memo to players that stated: “Length of skirt, skort, and shorts MUST be long enough to not see your bottom area (even if covered by under shorts) at any time, standing or bent over.”

Then there are women in hijab who, until recently, were banned from playing football or basketball in their religious headgear by Fifa and Fiba. So women are either forced to sexualize themselves in order to compete, or criticized for wanting to stay more modest because of their religious beliefs.

And, in this instance, sports serve as yet another microcosm of society. The mixed signals that women face over what they should, or should not, wear in athletic competition are no different than from demands they face in the workplace. Make yourself visually appealing to your male clients, but please don’t come off as too sexy or provocative. On the other hand, even the most powerful and accomplished women are criticized for choosing comfort over allure to the male gaze: case in point: Hillary Clinton wearing kitten heels, rather than stilettos.

The recent events in tennis, in which women have been the targets of a system that either objectifies or aims to control how they present their bodies, highlights that we aren’t truly free. It doesn’t matter if you’re the best tennis player in the world wearing a catsuit to prevent blood clots, or if you’re just making sure your shirt is put on correctly.

In sport, it seems sometimes that women just can’t win.