You’re forgiven if the words “three-row crossover” don’t exactly spike your attention. Buying such a vehicle is often driven by a need rather than a want. Yet luxury automakers have done an admirable job of making these family-haulers more appealing by stuffing them with premium materials, hewing their metal into eye-pleasing shapes and engineering relaxing driving experiences.

Take, for instance, this Volvo XC90. A far cry from the boxy 850 wagon you remember from your youth, this Volvo delivers big doses of premium-ness everywhere you look. Though it’s easy to pick fault with it in a few areas, overall this XC90 ranks highly on our gotta-have-it list.

One reason we like the XC90 so much is that it’s far prettier than any of its competition. It’s easy for a three-row crossover to turn out as a dull box, but Volvo’s designers manage to drape delicate sheetmetal over the XC90’s bones in a way that draws the eye. On this tester, the graceful Denim Blue bodywork contrasts against chrome and brushed-metal accents. Bold lighting elements, with LEDs and the well-known “Thor’s Hammer” running lights, also add curb appeal. It’s an understated and elegant look — quite the opposite of Volvo’s smallest crossover, the brash XC40.

The cabin shows just as well as the exterior, and not only because this Inscription model has genuine walnut wood trim and soft, brown Nappa leather everywhere (even on the key fob!) and drilled-metal speaker grilles for the optional Bowers & Wilkins stereo. A high seating position and low cowl provide excellent forward visibility, while the massive panoramic sunroof keeps things light and airy (you can, of course, occlude the sky with a powered sunshade). The control structure is one of simplicity: just a handful of buttons on the steering wheel and a few buttons below the touchscreen on the center stack.

The dashboard remains uncluttered in part because almost all the car’s controls and settings are stuffed into the 9-inch Sensus infotainment system. That sounds good in principle until you’re fighting to turn on the heated seats or crank up the air conditioning right after starting the car; the touchscreen takes an age to boot up and it’s frustrating to tap the screen with no response. The same goes for tweaking common car functions, like the stop-start system or changing active-safety settings, requiring more tapping and swiping than we’d like.

Sensus’ operation and functionality is quite divisive even among Roadshow staff, so we’d strongly recommend playing with the system on your test drive before committing to buying an XC90. Personally, I find the crisp, high-contrast graphics layout easy on the eyes and helpful for reading at a glance while driving. Moreover, I find the arrangement of on-screen controls straightforward and simple to understand.

The display defaults to a four-tile home screen that always shows navigation, audio and phone information, with the bottom-most tile reserved for the most recently used feature (e.g. fuel economy info, Apple CarPlay). Swipe right to show a dizzying array of buttons for adjusting all of the car’s options, from the aforementioned safety systems to things like the head-up display options. Swipe left for tiles to switch audio sources, activate apps like Spotify internet radio or pull up menus for the equalizer, trip information or other vehicle info. Support for Apple CarPlay and Android Auto is standard.

Safety technology is in abundance, as is the case with all modern Volvos. The Pilot Assist mode for the adaptive cruise control, for instance, will help steer the XC90 on the highway. Other features include a 360-degree camera, parking sensors, self-parking, precollision warning and brake, lane-keep assist and blind-spot monitoring. One nice touch: Where so many cars use strident electronic beeps for these systems’ notifications, the Volvo plays pleasant musical chimes for things like parking-sensor warnings.

Driver and passenger enjoy ample space in the Volvo XC90, as well as plenty of space to store their sundries in the center-console cupholders or door pockets. Likewise, the second row offers a generous amount of room for adult passengers to fit comfortably. Those seats tilt and slide forward easily to allow access to the sixth and seventh seats, though the resultant gap is a little tight. As with a lot of rivals, the XC90’s third row is stingy on knee- and legroom. You’ll fit kids in here with no problem, but regular-sized adults will start to complain before long. At least headroom is generous and there’s a cupholder for each of the way-back chairs.

Cargo space suffers the same fate: It’s a little cramped with all three rows of seats up, but expands dramatically when the third row is folded down, and even more so when the second row is folded flat. This XC90 has a power liftgate with a kick-to-open function, but in practice, only a small percentage of kicks result in an opening. At least you can pop the hatch from the key fob or by just grabbing the handle.

Another checkmark on the XC90’s goes to its lovely driving dynamics — it perhaps doesn’t drive quite so sweetly as an Audi Q7, but it gets pretty darn close. The satisfaction starts with this tester’s T6 powertrain, which is Volvo-speak for a 2.0-liter inline-four boosted by both a turbo and supercharger. With 316 horsepower and 295 pound-feet of torque available easily across the rev range, you’ll never want for power.

Volvo says you can reach 60 miles per hour in 6.1 seconds, which feels believable from behind the wheel and is certainly more than quick enough for this type of vehicle. Unfortunately, the engine sounds a little gruff in its operation, especially when pushed. The attendant eight-speed automatic is generally eager to downshift and performs its duties without much fuss.

The 2019 XC90 T6 has EPA mileage ratings of 19 miles per gallon city, 26 mpg highway and 22 mpg combined. I ended up averaging only 22 mpg even though I took several highway trips. The standard stop-start function is a little rough when it relights the engine; turning it off requires swiping right on the touchscreen and locating a small virtual button.

It’s worth noting that you can also opt for the XC90 with its T5 powertrain, which uses a turbocharged 2.0-liter rated for 250 horsepower. Offered with either front- or all-wheel drive, it returns as much as 21/29 mpg in EPA testing. A more expensive choice is the T8 plug-in hybrid, which will allow a fully charged XC90 to drive 17 miles on battery power alone.

Otherwise the driving experience is best described as just-right. Sure, the steering is light, but its reasonably quick ratio makes dicing up the Target parking lot easy. Though not exactly thrilling, the XC90’s handling balance is perfectly competent for such challenges as cloverleaf interchanges. With the various safety systems providing a watchful eye, and great visibility out of the big windows, day-to-day commuting barely ruffles the XC90.

The sole letdown in terms of the driving experience is the ride quality. Prior XC90s I’ve tested have had air suspension, which has glided over rough roads without much trouble. This one has the standard steel-spring suspension and is more of a mixed bag. Though generally pliant and well-judged, the ride becomes brittle and jarring over rough roads. The 21-inch wheels’ low-profile tires indubitably don’t help. While not a deal-breaker, it’s enough to make me think I’d option my personal XC90 with smaller wheels and/or air suspension.

That said, the Volvo XC90 is the type of vehicle I’m happy to drive anytime, anywhere. It’s easy to live with and does a lot of things well; what sells it is its all-around excellence. From design that won’t bore you to a driving experience that won’t frustrate you, to a practical interior and a full complement of safety technology, the XC90 is the sort of crossover that’s a pleasure to live with day-in, day-out. It’s one of just a few exciting entrants in an often dull segment.

Having fallen in love with this model’s look, I’d have to go with a Volvo XC90 Inscription, even though I’m sure I could be perfectly satisfied with the Momentum or R-Design models. That choice alone pushes my starting price to $60,445 with destination and automatically elects the T6 powertrain (the only other option for the Inscription is the T8 plug-in). To keep the ride a little softer I’d keep the standard 20-inch wheels. On top of that I’d equip the Convenience ($1,950) and Luxury ($3,150) packages, as well as standalone options like the head-up display ($900), B&W sound system ($3,200) and air suspension ($1,800). That brings the XC90’s total list price to a healthy $68,890. 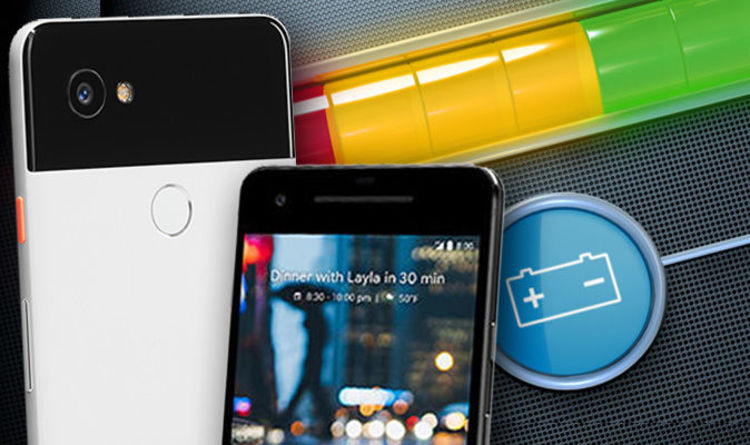 Google Pixel 3 is set to be the third phone designed in-house by the tech giant itself. Following the tradition laid out […] 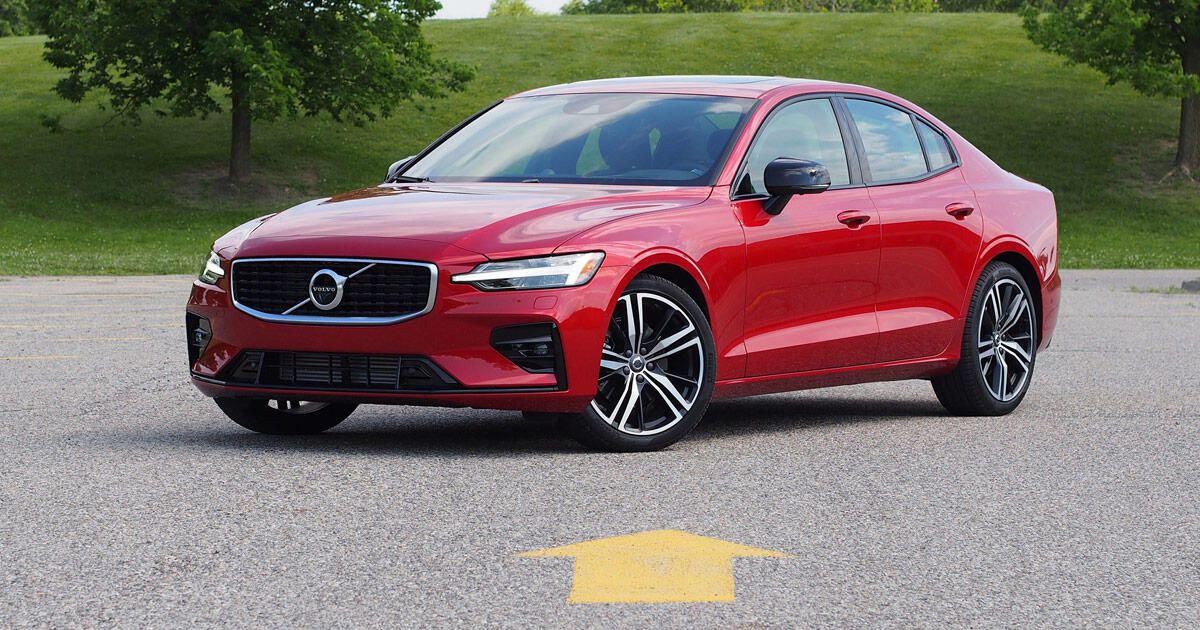 This Volvo competes with other luxury sedans like the Audi A4 and BMW 3 Series. Craig Cole/Roadshow Volvos are tastefully designed, carefully […] 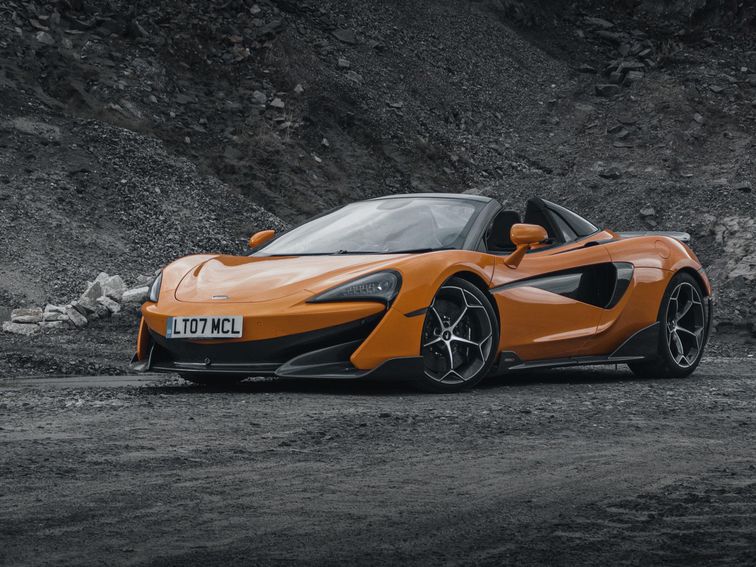 CNET considers the iPhone 11 “the best $700 iPhone Apple has ever made.” This enthusiasm is largely driven by the phone’s camera upgrades and […] 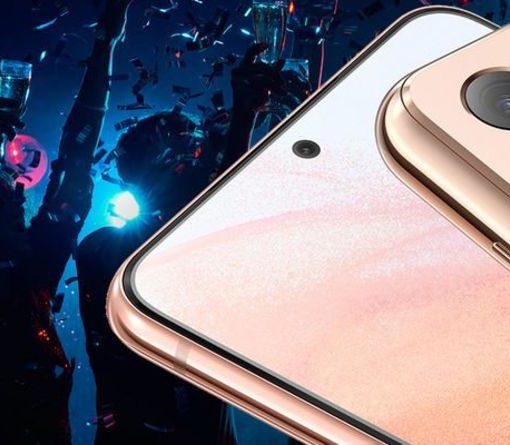 With both screens cranked up to the max, the rigours assessment began with the team using both a white screen test and […]