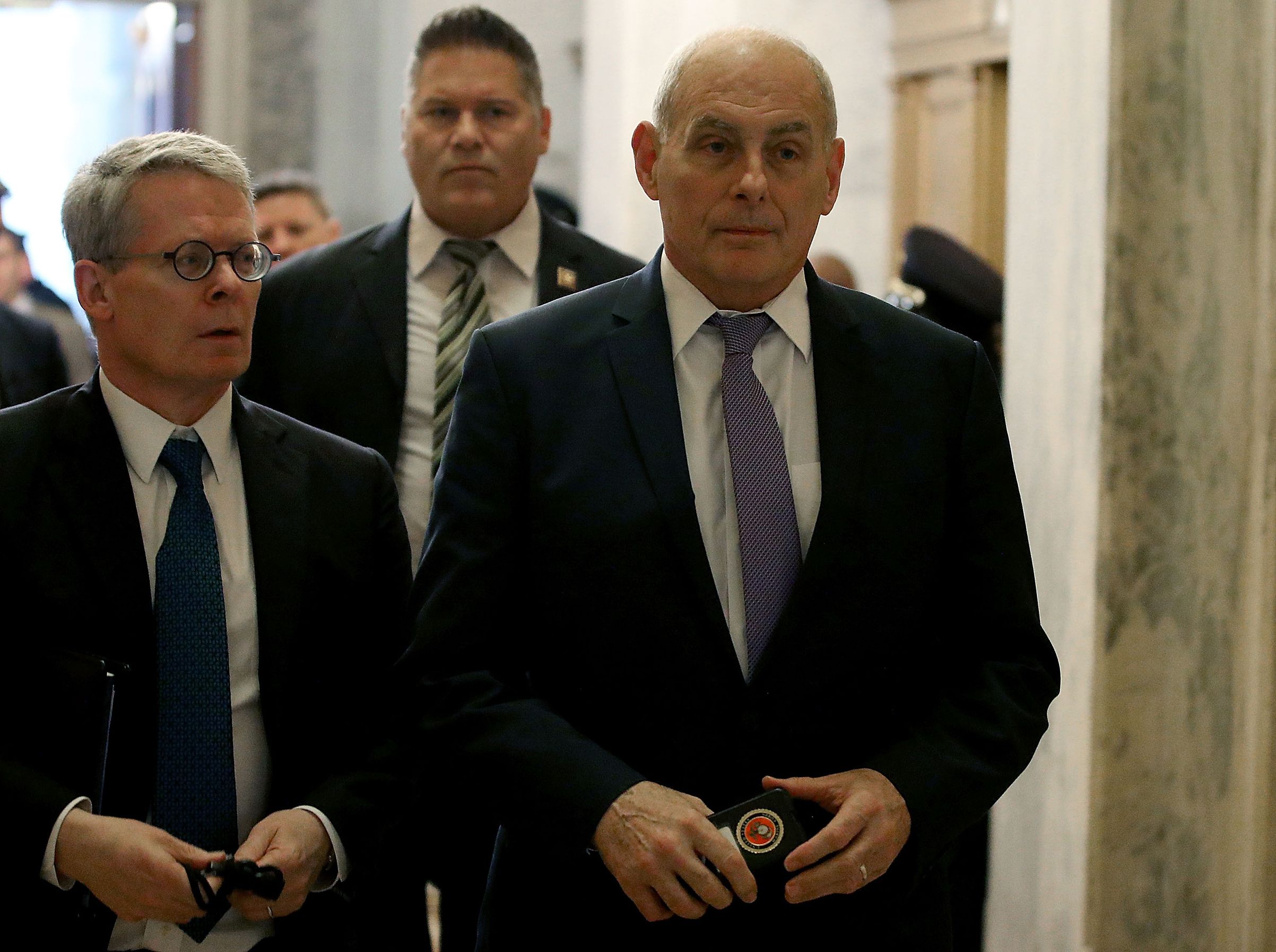 President Donald Trump is considering naming Emmet Flood to replace Don McGahn as White House counsel, according to two people familiar with Trump’s thinking, a pick that would put the President’s legal team in the hands of an expert on presidential privilege who advised Bill Clinton during his impeachment in the late ’90s.

Flood would be “an excellent choice,” Trump’s outside lawyer Rudy Giuliani told TIME during a telephone interview on Wednesday. Giuliani said he doesn’t know who will replace McGahn and doesn’t get involved in White House personnel decisions, but Giuliani believes that whoever replaces McGahn will have to be “one hell” of a lawyer.

Trump “does have an excellent relationship with Emmet Flood,” Giuliani said. “From the very beginning they sort of hit if off.”

Flood has been working in a basement office of the West Wing since May, when he was brought to replace Ty Cobb during a shakeup of Trump’s White House legal team tasked with handling requests from Special Counsel Robert Mueller’s investigation into Russian interference in the 2016 election. At the time, Trump wanted new lawyers who would push back harder against Mueller’s requests.

Trump discovered in January that McGahn had sat with Mueller’s team for about 30 hours when Trump’s former lawyer John Dowd got a set of notes taken during the interviews, Guiliani said. That McGahn had spent that much time with prosecutors has reportedly alarmed Trump. But McGahn and Trump are still on “amicable” terms, Giuliani said.

On Wednesday morning, Trump that McGahn would step down after the Senate votes on the nomination of Brett Kavanaugh to the Supreme Court, which Senate Republicans believe will happen in the next month or two. Kavanaugh’s confirmation hearings are slated to begin in the Senate next week.

McGahn and many high-level White House officials were caught off guard by Trump’s tweet, which followed a report by Axios earlier in the day that McGahn was preparing to leave.

White House Counsel Don McGahn will be leaving his position in the fall, shortly after the confirmation (hopefully) of Judge Brett Kavanaugh to the United States Supreme Court. I have worked with Don for a long time and truly appreciate his service!

“They’ve been talking about this for while,” a White House official said, adding that McGahn worked for the president for three years and was instrumental in getting Trump’s first Supreme Court nominee Neil Gorsuch confirmed, nominating a record number of conservative federal judges, and helping roll back regulations. “He’s accomplished so much in such a short amount of time,” the official said. The official wouldn’t rule out that Flood was a top contender to replace McGahn.

McGahn’s departure rattled one of Trump’s key allies in the Senate who have seen McGahn as a crucial player in helping Republicans reshape federal courts for a generation. Judiciary Chairman and Iowa Republican Chuck Grassley tweeted that he hoped it wasn’t true McGahn is leaving, telling Trump: “U can’t let that happen.”

For Grassley, “there’s not been any White House Counsel who has worked so well and so efficiently with the chairman’s office and the Senate Judiciary Committee on judges,” Grassley’s committee spokesman George Hartmann said in a statement.

If Flood replaces McGahn, Trump’s team would value Flood’s experience advising Clinton during impeachment proceedings in 1998 and 1999 as well as his work with George W. Bush’s White House counsel pushing back against congressional investigations, Giuliani said. “Along with the attorney general,” Giuliani said, the White House counsel is “the other guy protecting the president’s back.”

Shannen Coffin, who was a lawyer in Vice President Dick Cheney’s office during the George W. Bush Administration, said Flood would “shine” as White House counsel. “He is personally well suited, highly intelligent, and a man of reason who is even keeled. It is no surprise to read that he has gained the president’s confidence already,” Coffin said.

Trump has been particularly frustrated with Attorney General Jeff Sessions’ decision to recuse himself from over seeing the Russia investigation and has repeatedly considered firing Sessions.

In recent months Trump’s legal team has been negotiating under what conditions the President would be interviewed by Mueller’s team. Giuliani believes Flood has been “invaluable” when it comes to defending the power of the President. “He’s the real expert on presidential privileges,” Giuliani said. “I’m not sure we will, but we could have a subpoena battle over the power of the president or the privilege of the president,” Giuliani said.

Trump’s legal team gave Mueller a list of terms for an interview three weeks ago, but hasn’t received a response from Mueller since, Giuliani said.

-With Philip Elliott and Tessa Berenson in Washington

Most space travellers are men despite slow rise in female astronauts

Inside a Wildfire Inferno