Clint Dempsey, one of the finest US footballers of his generation, has announced his retirement from the game.

The 35-year-old confirmed the decision in an Instagram post on Wednesday with the message: “Thank you it’s been real.” Dempsey scored 57 goals for USA during his long career, making him his nation’s all-time leading scorer alongside Landon Donovan, the only other American player of his generation who could rival his impact.

“After a lot of thought, my family and I have decided that this is the right time for me to step away from the game,” Dempsey said in a statement issued by his club, the Seattle Sounders.

“I’d like to thank all of the teammates, coaches and support staff that I’ve worked with throughout my career. It has always been my dream to make it as a pro. I’m grateful to have been on this ride.

“I would like to thank all of the fans who have supported me throughout my career with the New England Revolution, Fulham, Tottenham, Seattle Sounders and the US Men’s National Team. Y’all have always made me feel at home, and it is something that I will always remember.”

Dempsey was known for his never-say-die, hard-scrabble attitude and was one of the first American outfield players to make his mark in the Premier League. He scored 60 goals in 232 appearances for Fulham, and also played for Tottenham. He helped Fulham reach the Europa League final in 2010. Earlier in the competition he came off the bench to score a crucial goal against Juventus, to secure one of the club’s most famous victories.

Back in the States, Dempsey also made his mark on MLS. In 2013, and while still in his prime, he chose to return home despite having the skills to continue his career in Europe. His star power helped the Seattle Sounders attract huge crowds for their home games and they went on to win MLS Cup in 2016 and were runners-up in 2017.

It is for his exploits at the World Cup that Dempsey will most likely be remembered by the casual US sports fan. His fearlessness against the world’s best teams was summed up by the former USA coach, Bruce Arena. “Clint had a lot of ability,” Arena once said of the striker. “He has a nose for the goal. We have an expression for some players – for Clint, we continually said, ‘He tries shit.’”

Dempsey’s goals at the 2006, 2010 and 2014 World Cups made him the first American man to score in three different editions of the tournament. He was prevented from making it four by USA’s failure to qualify for the 2018 tournament in Russia.

On Wednesday, his fellow players paid tribute to Dempsey. “Your passion and creativity brought our game to a new level. Wishing you and your family the best. Thank you,” wrote Mia Hamm, who won two World Cups with the US women’s team, on Twitter. 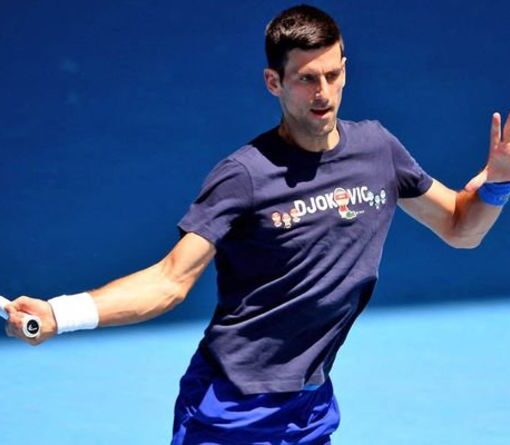 “After all the bad publicity which surrounded the build-up and the start of the tournament, maybe the Spaniard and Ash Barty will […]

Eddie Jones has identified Marcus Smith and Joe Simmonds among a number of potential England debutants this summer, with the head coach […]

Aston Villa are not going to go down without a fight after all. They started slowly here but ended up dominant, fully […]