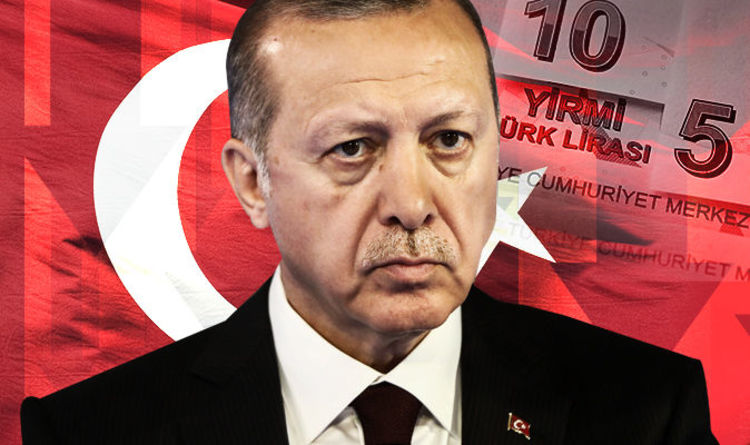 Economic confidence in Turkey, where the value of lira has plummeted, have reached a low point not seen since March 2019, CNBC reports.

The news sparked a further devaluation in currency against the US dollar amid a background in which traders are jettisoning lira.

The country’s finance minister today said a crisis can be avoided, illustrating the deep divide between Ankara and global investors over a worsening currency crisis.

The comments from Finance Minister Berat Albayrak, who is President Tayyip Erdogan’s son-in-law, come as ratings agency Moody’s sounded more alarm about the outlook for the banking sector and as data showed economic confidence at its lowest in nearly a decade.

The lira has lost around 40 percent of its value this year, driving up the cost of fuel and food and heightening concern about the risk to banks and the broader economy. Initially sparked by worries about Erdogan’s influence on the central bank, the crisis has worsened over a rift with Washington.

“We do not see a big risk about Turkey’s economy or financial system,” Mr Albayrak told reporters on his flight back from Paris earlier this week.

He cited low levels of net public debt and household debt, and the strength of the financial system, as reasons for his confidence, it said.

Investors are less sanguine. Moody’s downgraded its ratings on 20 financial institutions on Tuesday, citing the increased risk of a deterioration in funding. The operating environment is now worse than previously expected, it said.

“The downgrades primarily reflect a substantial increase in the risk of a downside scenario, where a further negative shift in investor sentiment could lead to a curtailing of wholesale funding,” Moody’s said. It cut the ratings for some of Turkey’s top banks, including Isbank, the biggest listed lender by assets.

Around $179 billion of Turkey’s external debt matures in the year to July 2019, equivalent to almost a quarter of its annual economic output, JPMorgan estimates. Most of that – around $146 billion – is owed by the private sector, especially banks, it said.

“Financing needs over the next 12 months are large and access to markets has become problematic,” it said in a note.

For years Turkish companies have borrowed in dollars and euros, drawn by the lower interest rates. But the decline in the lira has driven up the cost of servicing those loans, and raised the possibility of ballooning bad debt for banks.

Official data on Wednesday showed economic confidence fell this month to its lowest since 2009.

Albayrak has signalled that Turkey wants to mend its ties with the European Union as it faces what he said are moves by the United States that threaten the global economy. His trip to Paris this week, where he met with France’s finance minister, appeared to be part of that effort.

GE signs power agreements worth over $1.2 billion with Iraq