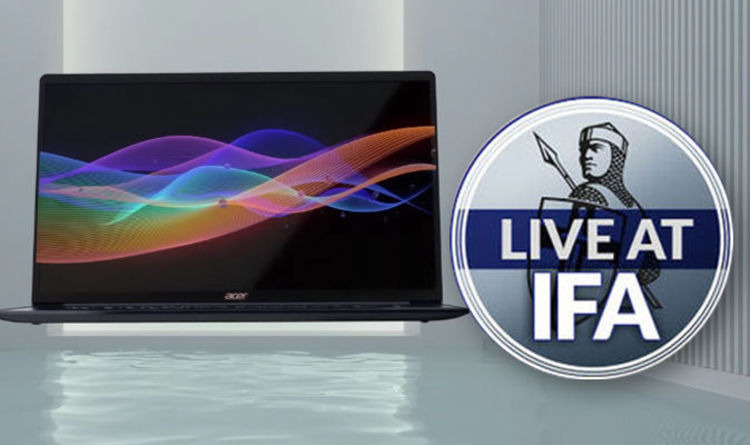 Acer claims the Swift 5 is the “world’s lightest” 15-inch notebook, coming in at just 990grams.

The hardware is incredibly lean too, measuring up at just 15.9millimetres thin.

Both i5 and i7 variants of the laptop will be available and should be extremely capable.

The Swift 5 is also packing up to 16GB of DDR4 SDRAM and up to 1TB of SSD storage.

Acer claimed the Swift 5 should be able to achieve up to 10 hours of battery on a single charge.

“The industry-leading sub-1 kilogram weight on the new Swift 5 delivers all that’s best in an ultra-portable notebook: a sleek chassis, stylish design and slim bezels with superb performance and battery life.”

A fingerprint sensor has made its way onto the notebook – this also supports Windows Hello, meaning users will not have to worry about entering their passcode every time they open up the device.

Bezels have been shaved on the Swift 5, meaning they measure up at just 5.87millimetres.

Overall this amounts to an incredibly high 87.6 percent screen-to-body ratio.

However, a 14-inch option will also be available.

Amazon Luna: How to get early access to the cloud gaming platform