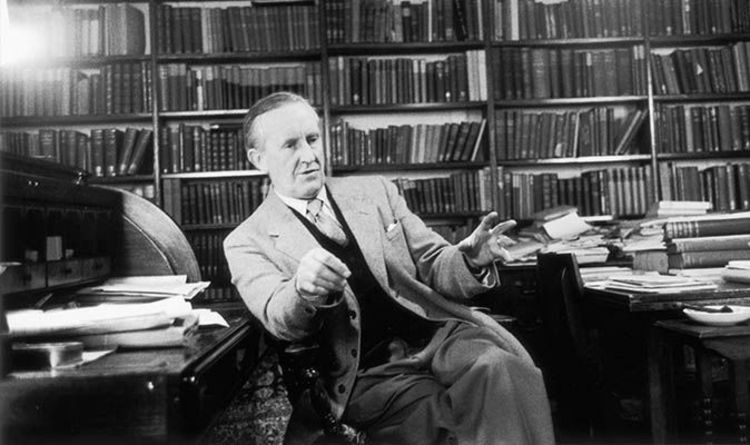 While everyone knows him as the author of the famed Lord of the Rings trilogy and the Hobbit prequel, Tolkien had a far more prolific career.

He was at one time a close friend of CS Lewis, and they were both members of the Inklings, an informal literary group.

Tolkien was appointed a Commander of the Order of the British Empire by Queen Elizabeth II on 28 March 1972.

When is The Fall of Gondolin, the new JRR Tolkien book, released?

You might be asking how a new Tolkien book can be published when the author passed away in 1973.

His son, Christopher Tolkien, published several pieces based on his JRR Tolkien’s notes and unpublished manuscripts, including The Silmarillion.

The Fall of Gondolin is one of the original Lost Tales which was included in The Silmarillion.

A stand-alone version of the story of the Fall of Gondolin will be published on 30 August 2018 by HarperCollins in the UK and Houghton Mifflin in the US.

Tolkien began writing The Fall of Gondolin in 1917 in an army barracks on the back of a sheet of military marching music.

The Fall of Gondolin is an important part of the Middle Earth universe as it is the first traceable story belonging to Middle Earth written down on paper.

According to ‘Tolkien and the Great War: The Threshold of Middle-earth’ by John Garth, the first half of the story “appears to echo Tolkien’s creative development and slow acceptance of duty in the first year of the war.

The second half echoes his personal experience of battle.

The upcoming version of The Fall of Gondolin was curated and edited by Christopher Tolkien.

The Fall of Gondolin tells of the story of the founding of the Elven city of Gondolin.

Gondolin was built in secret by Turgon and his people, and the story details the arrival of Tuor, a prince of the Edain.

It also follows the betrayal of the city to Morgoth by Turgon’s nephew Maeglin, and of its subsequent destruction by Morgoth’s armies.

It also relates to the flight of the fugitives to the Havens of Sirion, the wedding of Tuor and Idril, as well as the childhood of Eärendil.

A partial version of the story was published in the Unfinished Tales under the title “Of Tuor and his Coming to Gondolin” but now JRR Tolkien fans will have a full version to digest.

The Fall of Gondolin will separate the story so that it stands alone while simultaneously showing how the narrative evolved over the years.

The story will be a must have for any true JRR Tolkien fan.

Meghan Markle Calls This the "Best Accessory" for Success

Beirut explosion: 'No signs of life' in search for blast survivors

Wi-Fi 6 is the fastest standard yet. Wi-Fi 6E will be even better