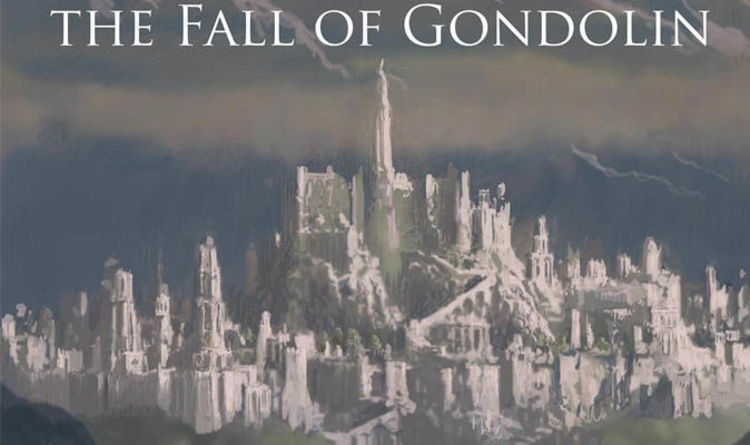 JRR Tolkien’s newest book is set for release on August 30, with JRR Tolkien fans already planning their Thursday around heading to the bookstore (or, you know, pre-ordering on Amazon).

But fans who are not as familiar with Tolkien lore may be left confused and fumbling for facts.

Tolkien is best known for his Lord of the Rings trilogy and Hobbit prequel.

Jackson’s adaptations breathed new life into Tolkien’s fantasy world, and subsequent film adaptations, TV shows, and books have all been created since.

The Fall of Gondolin, like the Silmarillion, was curated and edited by Tolkien’s son, Christopher, who himself is 93 years old, and illustrated by Alan Lee.

The Fall of Gondolin was the first of the tales of the First Age to be composed, with sources speculating the earliest version was likely written in 1917 during Tolkien’s convalescence at Great Haywood, Staffordshire.

Tolkien Society chair Shaun Gunner said fans think of The Fall of Gondolin as “the Holy Grail of Tolkien texts”.

The Fall of Gondolin, along with Beren and Lúthien and The Children of Húrin, is one of the founding stories of Middle-earth lore.

The plot of The Fall of Gondolin, below, is paraphrased from a statement by the publisher Harper Collins UK.

In the Tale of The Fall of Gondolin are two of the greatest powers in the world: Morgoth of the uttermost evil (unseen in this story but ruling over a vast military power from his fortress) and Ulmo (the Lord of Waters, of all seas, lakes, and rivers under the sky).

Ulmo works in secret in Middle-earth to support the Noldor, the kindred of the Elves among whom were numbered Húrin and Túrin Turambar.

Gondolin is a beautiful but undiscoverable city, built and peopled by Noldorin Elves.

Turgon, King of Gondolin, is hated and feared above all his enemies by Morgoth, who seeks in vain to discover the marvellously hidden city, while the gods in Valinor in a heated debate largely refuse to intervene in support of Ulmo’s desires and designs.

Enter Tuor. Tuor sets out on the fearful journey to Gondolin. Once in Gondolin he becomes powerful, is wedded to Idril (the king’s daughter) and they have a son named Eärendel (whose is of profound importance in days to come).

Morgoth learns all he needs to mount a devastating attack on the city, with Balrogs and dragons and numberless Orcs.

After a minutely observed account of the fall of Gondolin, the tale ends with the escape of Tuor and Idril, with the child Eärendel, looking back from a cleft in the mountains as they flee southward, at the blazing wreckage of their city.

They were journeying into a new story, the Tale of Eärendel, which Tolkien never wrote, but which is sketched out in this book from other sources.

Harper Collins UK adds: “Christopher Tolkien has used the same ‘history in sequence’ mode in the writing of this edition of The Fall of Gondolin

In the words of J.R.R. Tolkien, it was ‘the first real story of this imaginary world’.”

While The Fall of Gondolin does not directly link to the Hobbit, it is one of the founding texts of Middle-earth, instrumental to any true fan’s understanding of the lore, history, and vibrancy of Tolkien’s epic works.

These Crazy Facts About Rihanna & Robert Downey Jr. From 10 Things You Don't Know May Shock You

Game of Thrones: Jaime Lannister shouldn't have gone North for Battle of Winterfell