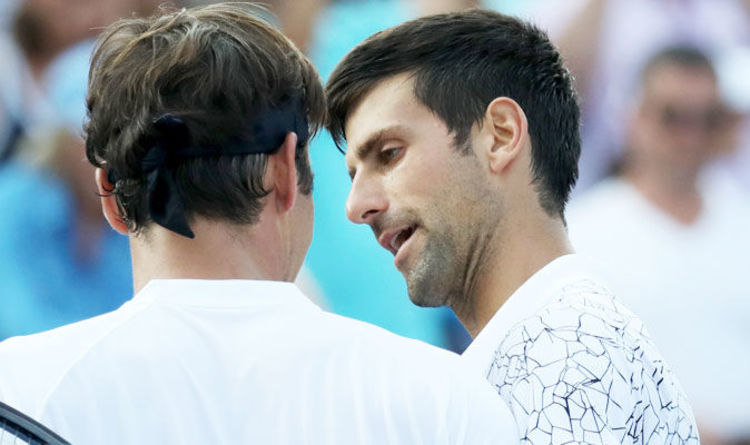 Federer – who last won the US Open title 10 years ago – is searching for his second Grand Slam of the season and his 21st overall.

The Swiss legend opened his campaign at Flushing Meadows against Yoshihito Nishioka on Arthur Ashe Stadium in the early hours of Wednesday morning UK time.

Federer could, should he avoid any pitfalls in the first week, face Novak Djokovic in the quarter-finals.

But Rusedski thinks Djokovic would win that particular clash and believes the Serbian and Rafael Nadal are still ahead of him in terms of rating their chances of success in the tournament.

“I look at the loss against Djokovic in Cincinnati and mentally that really hurt him,” Rusedski said before Federer’s match.

“He seems to be searching for a few areas.

“Do I think he will get to that match in the quarters?

“Yes I do, but I give the advantage to Novak.

“Rafa had the better prep as well winning in Toronto.

“So I still put Federer at the moment as the third favourite.

“Do I hope he does well and wins the tournament? Of course I do, because everyone seems to love Roger Federer.”

Rusedski’s comments echo what he said last week, in which he remarked: “I’d go Djokovic, Nadal and then Federer.

“I do still think he has got a shot to win it,” Rusedski told Sky Sports.

“At the Grand Slams he finds a way to lift his level so don’t discount him. He is probably going to get better (prior to the tournament).

The new 'normal'? as fans return to stadiums in Hungary

Growing number of coronavirus cases in Brazil and Peru