In Florida’s gubernatorial Republican race, Trump created a neck-and-neck contest when he snubbed the state GOP’s favorite son, Agriculture Secretary Adam Putnam, to boost a congressman who made a name for himself defending the president on cable news, Rep. Ron DeSantis.

Trump-backed candidates have won nearly all their primaries this year, but he had a miss last week in Wyoming after his endorsement failed to deliver the gubernatorial nomination to donor Foster Friess. 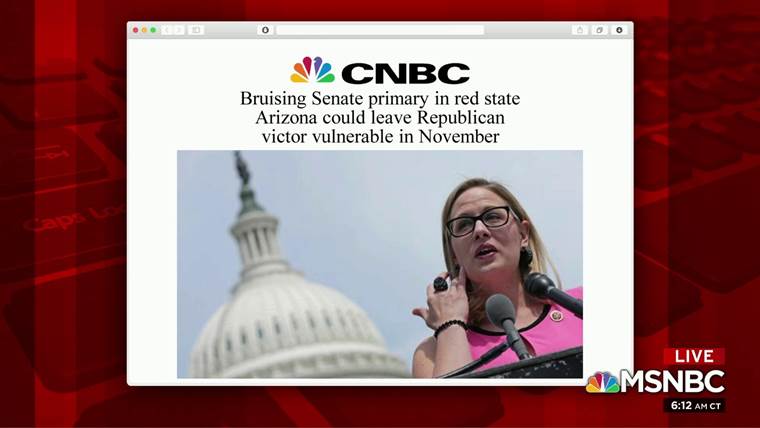 On the Democratic side, moderate Gwen Graham is hoping her famous name (she’s the daughter of popular former Florida governor and senator Bob Graham) will help her prevail in the gubernatorial primary over two wealthy candidates who have personally funded their own campaigns and a progressive, Tallahassee Mayor Andrew Gillum, who is backed by Sen. Bernie Sanders, I-Vt., and liberal megadonors Tom Steyer and George Soros.

The Florida governor’s race is already the most expensive in history, with nearly $120 million already spent and much more to come by the general election in November.

Meanwhile, Alan Grayson, the controversial liberal firebrand, is trying to make it back to Congress by challenging Democrat incumbent Rep. Darren Soto with a message focused on impeachment. “Impeach Trump. Grayson will. Soto won’t,” a Grayson TV ad declares. Soto has hit back with ads highlighting Grayson’s criticisms of former President Barack Obama.

In Arizona, voters will decide a nasty Republican Senate feud in which all three candidates are running to the right of the late Sen. John McCain, R-Ariz.

Rep. Martha McSally, R-Ariz., is expected to prevail over two conservatives who have split the anti-establishment vote — Kelli Ward, a vocal McCain foe, and former Sheriff and Trump pardon recipient Joe Arpaio — but only by tacking to the right, which could cause problems for her in what is expected to be a tough race against Democrat Kyrsten Sinema in November.

Trump did not endorse in the GOP Senate primary.

The results could influence Republican Gov. Doug Ducey, who is also up for reelection this year, as he decides whom to appoint to fill McCain’s seat. That seat won’t come up for election until 2020.

Former Arizona Democratic Rep. Ann Kirkpatrick’s comeback attempt may be halted by a primary that has become unusually noxious, with her opponent, Matt Heinz, a doctor who ran for the seat before, comparing Kirkpatrick’s political ambition to a “meth addiction.”

NBCNews.com and MSNBC will have live updates as the results come in.