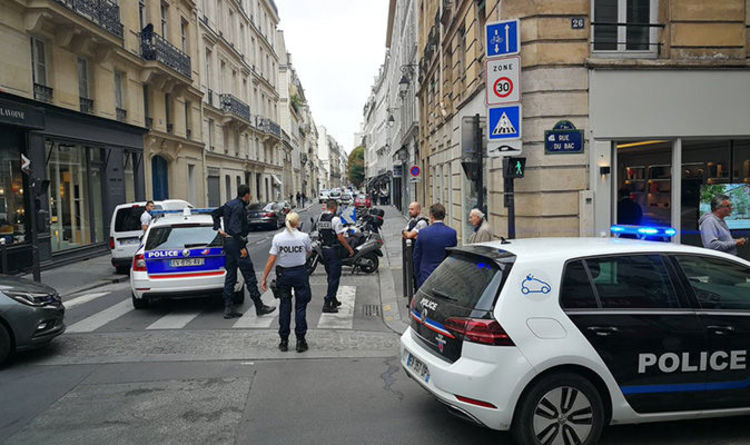 A man fired several shots at rue de l’Universite’ at around 10:30am on Wednesday, reportedly at the front door of the building at number 52.

He then entered the building and went to an apartment on the third floor, where he opened fire again.

Police were alerted and quickly surrounded the scene, arresting the suspect without any difficulties.

He has been placed in police custody. There are no reported injuries.

Terrorism has been ruled out as the reason for the attack. It is thought to be a private dispute.

The Paris district where the gunshots were fired is home to the National Assembly and several other ministries.

Witnesses took to Twitter to describe the scene around them.

@ValHardion wrote: “Bursts and bullet holes in an apartment and on the ground floor rue de l’université.

“The police are on the spot and blocked the street, firefighters have just arrived on site.”

Trump: 'I didn't lie' to Americans about coronavirus risks

What do COVID-19 relief and a bill to ban vasectomies have in common?