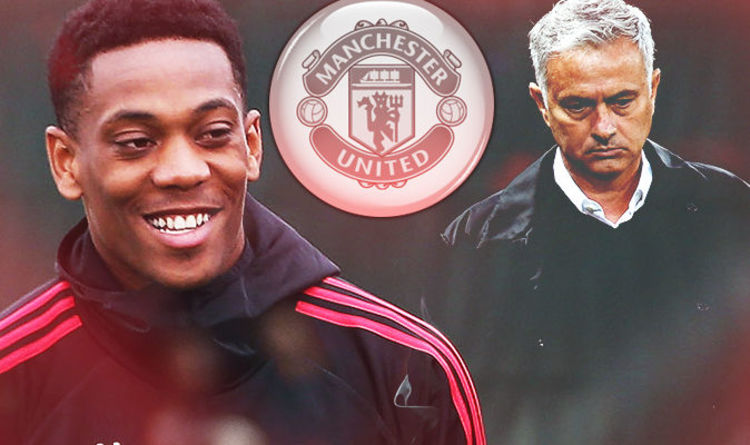 United want to keep Martial at Old Trafford going forward following a pre-season of speculation regarding the 22-year-old’s future.

Mourinho was angered when Martial’s agent, Philippe Lamboley, revealed the forward was keen to move having been ommitted from France’s World Cup-winning squad.

However, Manchester United have decided to offer the former Monaco ace the chance to stay put until 2023 so they can protect his transfer value.

Martial has entered the final 12 months of the initial four-year deal he put pen to paper on when joining United in the summer of 2015.

United have offered him the one-year option in his original contact on top of this season to take him to 2020, plus another three years.

Martial is happy to sign the new deal because he believes he will outlast Jose Mourinho at United.

Mourinho’s position at Old Trafford is safe for now, but he is under increasing pressure to turn around United’s worst start to a Premier League campaign since 1992.

The Portuguese wanted to offload Martial this summer and fined him two weeks wages when he returned late to the club’s US tour after leaving to attend the birth of his son, Swan, in Paris.

Martial is very much on the fringes of the first team and Mourinho hauled him off after 60 minutes in the 3-2 defeat to Brighton in his only appearance this season.

Mourinho was desperate to replace Martial with a more experienced winger as he sought to close the gap on champions Manchester City.

Gareth Bale, Willian and Ivan Perisic were all earmarked as options by the United boss.

But Ed Woodward opted against sanctioning deals for any of that trio as Mourinho endured a summer of transfer frustration.

Mourinho was also after a centre-back to provide the solid defensive platform he has built his past success on.

Although United were unwilling to stump up big money for Toby Alderweireld, Harry Maguire or Jerome Boating.

Alex Sandro, likewise, was lined up as a target by Mourinho to replace Luke Shaw at left-back.

However, the Brazilian stayed at Juventus and Shaw has since enjoyed a renaissance of sorts, starting all three of United’s opening Premier League games.

Shaw has dismissed talk of discontent behind the scenes at United, saying: “It is a sad night for us [vs Tottenham], we have got to pick ourselves back up, keep working hard and we need to pick up points after two losses.

“We need to win and win in a good way. We played really well in the first half and if we keep playing like that, and take our chances, then we will win games.

“You see a lot of things in the media that go on about what our dressing room is like, but we have a really good spirit, a really good group of lads who want to work and achieve big things here.

“We have a group of hard workers and amazing talents, everywhere you look on the field. We have got to start taking our chances and I am sure we will start winning games.”

E.P.A. to Promote Lead Testing Rule As Trump Tries to Burnish His Record