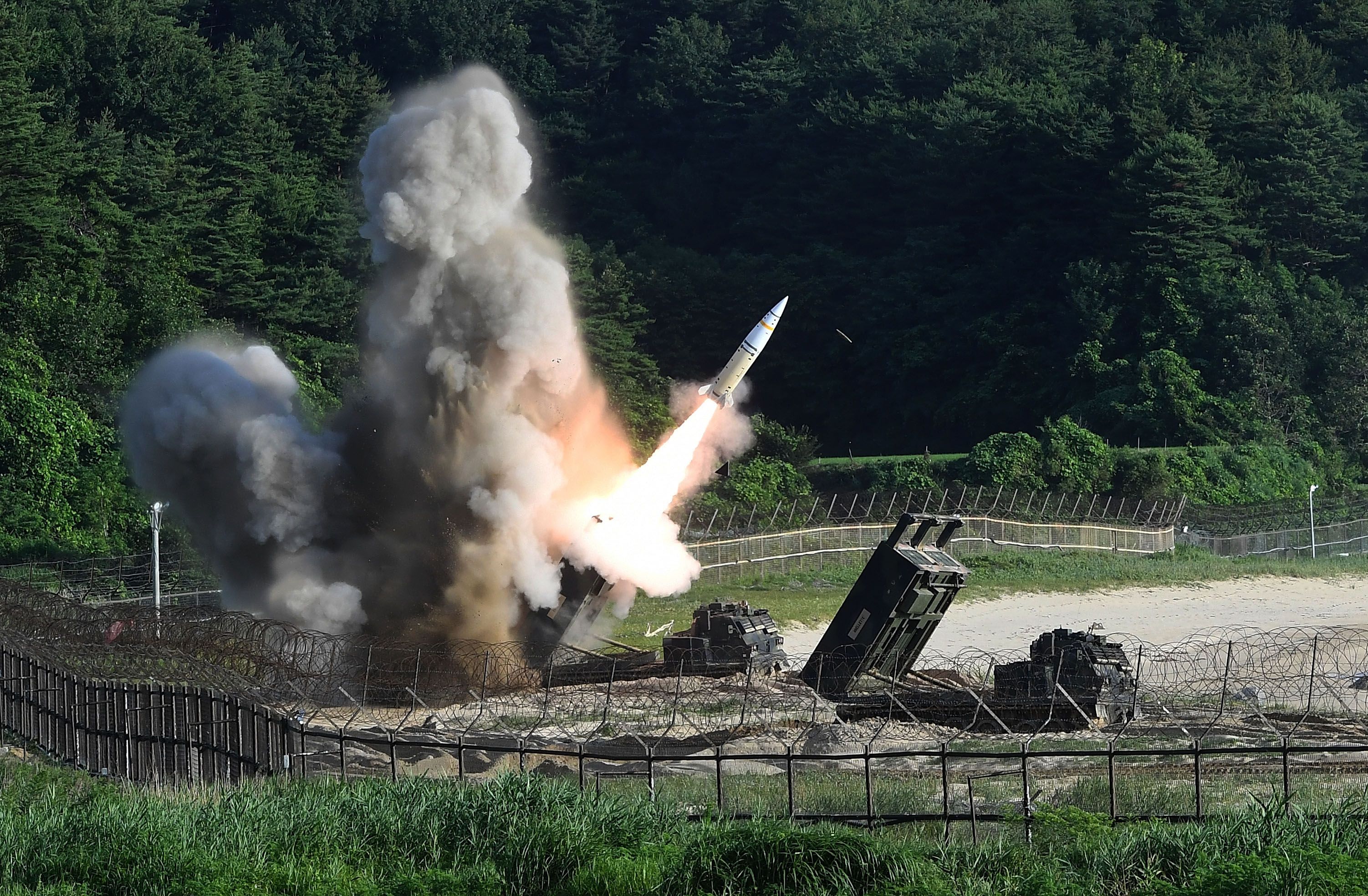 “We have no plans at this time to suspend any more exercises,” Mattis told reporters at the Pentagon on Tuesday, adding that the Defense Department hasn’t made decisions about major annual drills expected next year. “We’ll make decisions on that in consultation with State.”

Mattis said he was working in coordination with Secretary of State Michael Pompeo’s diplomatic efforts — “it’s all riding on Secretary Pompeo’s shoulders,” he said — but he also signaled that smaller-scale exercises are going ahead. In an apparent response to more routine training efforts, North Korea has stepped up criticism recently, saying American forces are conducting covert military rehearsals for an invasion.

President Donald Trump in June suspended what he called “war games” with Seoul, saying he believed Kim “wants to get it done” on denuclearization. He added, “I do trust him.” The U.S. decision was “a good-faith measure” to boost diplomatic efforts, Mattis said Tuesday.

In the months since Trump and Kim met in Singapore, the U.S. has struggled to show signs of progress in its bid to get North Korea to dismantle its nuclear weapons program. Pompeo conceded before the Senate recently that Kim’s regime continues producing fissile material and has provided no inventory of its nuclear program and facilities.

Trump announced Friday that Pompeo had canceled a trip to Pyongyang planned for this week because of a lack of “sufficient progress” with North Korea. The decision came after the administration received a letter from North Korean officials complaining about the U.S.’s reluctance to advance a peace deal, according to CNN, and refusing U.S. demands to give up 60% to 70% of its nuclear warheads, according South Korea’s Channel A TV.

Read more: I Was an Admiral. Why Trump Ending ‘War Games’ Is a Mistake

A person familiar with the discussions told Bloomberg News on Tuesday that an expected lack of gains, rather than the letter, was the reason for canceling the trip. South Korean spy chief Suh Hoon separately told lawmakers Tuesday in Seoul that the two sides had failed to narrow their differences, including over allied requests for North Korea to get rid of about 60% of its warheads, according to the Chosun newspaper.

The U.S. has conducted military exercises on the Korean peninsula since the mid-1950s and holds a handful of joint operations with South Korea every year, which the Pentagon calls a means of ensuring the two forces are able to work together in the event of an attack. The annual drills, separate from regular training programs, have long angered North Korea’s leaders.

In his first press conference at the Pentagon since April, Mattis also took questions on U.S. military policy toward Yemen, Turkey and Iran.

Mattis said he spoke with Turkey’s defense minister this week and that the two had a “very candid” discussion. With the NATO allies in a standoff over tariffs, sanctions and a detained American pastor, Congress has suspended planned deliveries of next-generation F-35 jets until the Pentagon produces a report within 90 days on U.S.-Turkey relations.

But Mattis signaled that ties are stronger at the military level, saying the countries are working toward undertaking combined patrols in northern Syria and have already made progress in improving coordination and communication between their forces in the contested region. The U.S. relies on the Turkish military base at Incirlik to launch strikes against Islamic State in Syria.

Asked about reports that Syria’s government is moving chemical weapons into place to stage an assault on the last rebel stronghold around the northwestern province of Idlib, Mattis signaled the U.S. is ready to respond again after twice launching attacks on Bashar al-Assad’s regime, which has retaken most of the country with Russian and Iranian support.

“You have seen our administration act twice on the use of chemical weapons,” Mattis said. “I will assure you the Department of State has been in recent, active communication with Russia to enlist them to preventing this.”

With 2,000 U.S. military personnel in Syria, Mattis also laid out the requirements to withdraw American forces, a goal Trump announced in April when he said he wanted it to happen “very soon.” Mattis suggested a longer timeline, saying that would come after Islamic State is destroyed, “local troops who can take over” are fully trained and a United Nations-led peace initiative stalled years ago begins “making traction.” He added that some drawdowns of U.S. forces could occur as progress is made on those issues.

The U.S. is working closely with the Saudi coalition to “determine what went wrong with errant bombing attacks and how to prevent recurrences,” he said.

On the passing of Arizona Senator John McCain, a former prisoner of war who led the Armed Services Committee and was both a champion and sometime-critic of Pentagon weapons programs, Mattis said, “Our nation has lost a great patriot.” He said that “in all he did, Senator McCain never lost sight of our shared purpose in defense of freedom.”

Trump, Calling Himself ‘the No. 1 Environmental President,’ Green Washes His Record

Science Confirms the Megalodon Was Just So, So Big

September 9, 2020
Dating herself first! Selena Gomez isn’t worried about finding love while in quarantine — or about what her exes think of her. The former Disney...

Yes to Tech Optimism. And Pessimism.