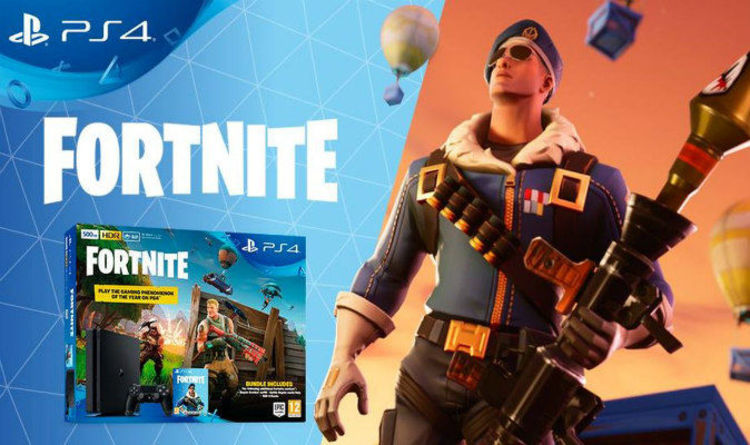 The PS4 exclusive Royale Bomber skin is going to be hitting shelves again this week.

It has now been confirmed that US retailer Gamestop will be stocking bundles that include the rare Fortnite skin.

The reason why it is so hard to find is that it was originally part of a PlayStation console bundle.

This bundle was only available to buy in Europe for a short amount of time, meaning that many players missed out on it.

The good news for those Fortnite fans who like to collect the rarest items in the game, the Royale Bomber will be back.

The bad news is you will have to spend $60 to add it to your collection on PS4.

And while this is a lot cheaper than the original bundle, which is now being sold on Ebay for a high price, it’s still a lot more than the usual Battle Pass.

Gamestop has confirmed that it will be selling the Fortnite skin as part of a new PS4 controller bundle in the United States.

It comes with the above-mentioned controller, as well as the Royale Bomber Outfit (Battle Royale Mode Only) and 500 V-Bucks.

The new bundle will be available to buy on September 7 and will be just the latest deal including a Fortnite cosmetic bonus.

It seems unlikely that any skin will surpass the price of the Fortnite Galaxy skin, which means buying a Samsung Note 9, or Tab S4, to add it to your collection.

The Fortnite Galaxy skin is expected to remain pretty rare in-game, although Android mobile gamers appear to be going to great lengths to unlock it.

This has led to some players going to Samsung outlets and downloading Fortnite on one of the new devices.

Logging into the game and playing three matches on one of the new Samsung devices means you unlock the new Galaxy skin.

However, Samsung is onto the new strategy and has started putting up warning signs not to do it.

Of course, the company don’t want to see players doing all this to grab an exclusive skin, especially when it can be such a personal data risk.

Leaving any information on a demo phone found in a store could prove to be massively problematic and is something Samsung is cracking down on.

Fortnite Battle Royale is a free-to-play game developed by Epic Games and available to download on PS4, Xbox One, PC, Mac, Nintendo Switch and Mobile.

eBay Is Offering an Extra 25% Off Apple, Dyson and More!

BGT results 2020: Who made it through tonight on Britain's Got Talent?

Chrissy Teigen Explains Why She's Getting Botox During Her Pregnancy

Dr. Dre's wife Nicole Young explains why she needs $2 million per month and claims he was violent

Chelsea have made four signings at once with Kai Havertz transfer

Cate Blanchett on Venice, virus and why lessons weren't learned