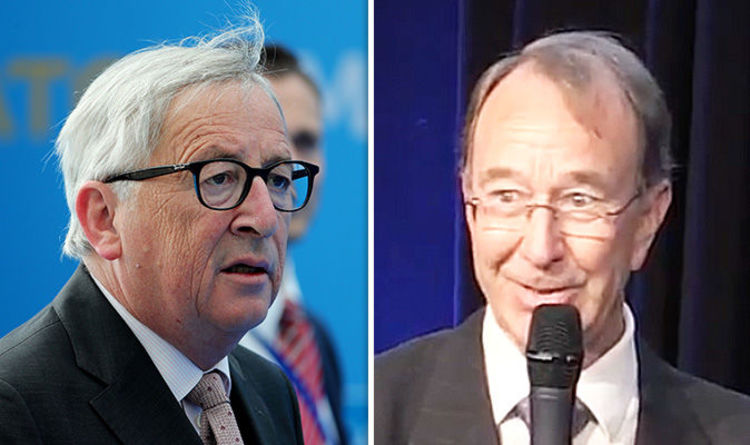 Historian Ian Kershaw claimed the “flaky” eurozone could become a threat to financial stability in the future should there be a new global economic crisis.

Mr Kershaw, who penned a book on the history of Europe from the 1950s to 20017, suggested that while the European Union is likely to survive attacks to its structure, the rapid expansion of the eurozone may pose a risk for European countries.

Speaking to the Today programme, the historian said: “My crystal ball is just as cloudy as everybody else’s but I would say that the European Union has built up considerable strengths in all sorts of ways in the period of its existence. It is more likely than not to survive.

“The eurozone is flakier and given another major crisis it may well cause enormous problems.”

Mr Kershaw insisted the EU had well-established flaws in its overall structure, most of which dating back to the decision to integrate member states into the eurozone under the Maastricht Treaty in the 1990s.

He continued: “I think looking back, you would say the speed with which Europe moved in the early 1990s of the Maastricht conference and so on towards introducing the currency union without any political union was actually a mistake.

“Certainly there were a couple of structural mistakes in that process. That has led to great problems in the European Union, especially in the eurozone.

“Initially it looked as if the thing was doing well but it was a bit of a fair-weather project and as soon as the stormy weather came in with a vengeance in 2008 then the problems where revealed. I would say that the haste to bring about some rapid integration was a mistake.”

Mr Kershaw is not the first figure to highlight the issues surrounding the eurozone, with Yannis Varoufakis warning that the euro is “absolutely not” sustainable.

The former Greek finance minister has long been a critic of the European Union’s monetary system, repeatedly trashing top Eurocrats for failing to recognise there “was something terribly wrong with the Eurozone” on his personal website.

Mr Varoufakis continued: “My criticism of the euro architecture is that it shifts the costs of a terrible architectural design of the monetary system upon the weakest of shoulders, both in countries like Germany and countries like Greece.

“The result of this for the architecture and the fallout of the crisis of confidence in our institutions is this strengthening of a nationalist, neo-fascist international which is raising its tail in Germany, Austria, Italy and Greece.”

Coronavirus has now killed 1 million people around the world

Queen 'furious after staff revolt at Sandringham' over Christmas plans

CDC was pushed to play down the risks of Covid-19 in reopening schools, former Pence staffer says