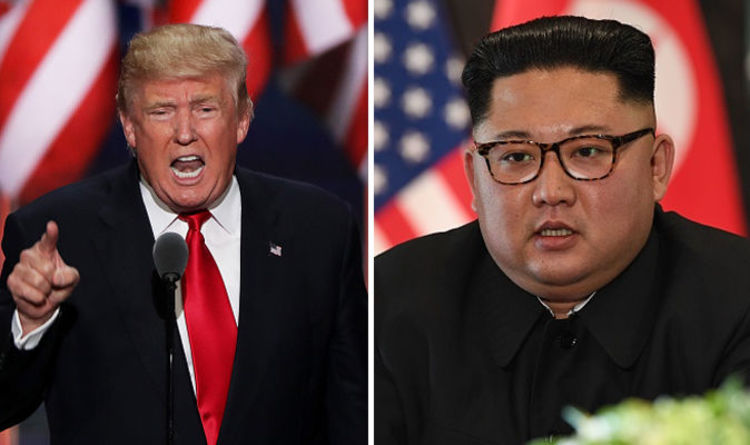 Despite the strong relationship between the two countries, Trump apparently also said he was “on to the Japanese”.

Concerns have now been raised about how favourably Trump views Japan after he made links to the 1941 conflict.

Shinzo Abe visited the US just before Trump held his landmark summit with North Korea in Singapore.

According to reports in Reuters, Mr Abe was trying to persuade Trump to keep his tough stance on North Korea.

The meeting is thought to have been far from harmonious.

Trump subsequently criticised Japan’s economic policies, and the trade deficit that exists between the US and Japan.

Trade and tariffs have been a constant point of tension between the US and Japan.

Mr Abe has been worried Trump may go too soft on North Korea.

He fears too soft an approach could threaten peace and power relations in the region that are finely balanced as it is.

Trump expressed positive opinions about the summit in North Korea.

He said it was “very important” and “comprehensive”.

However, several experts on North Korea were less impressed with the talks labelling the document as “vague”.

They criticised the document because it only said North Korea would work towards denuclearisation.

“There is no change in our basic recognition about the threat of North Korea’s nuclear weapons and missiles.”

The US recently announced there are no plans to spend any more money on major military exercises on the Korea peninsula adding to concerns Trump is softening his position.

Democrats are leading in the polls. That means it's time for them to panic.

At the bottom of the bottle: Inside Scotland's alcohol crisis

Sonos could launch a pair of wireless headphones to rival Sony, Bose, JBL and more