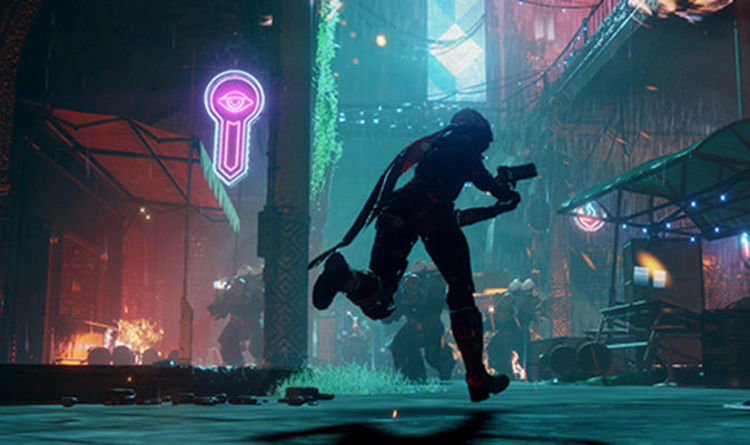 September is going to be a busy month for Bungie and Destiny 2 fans.

Not only are they about to launch the game’s next major expansion, but they could also see a major uptick in players.

That’s because Destiny 2 is free to download right now as part of Sony’s PS Plus subscription service.

Usually players would have to wait until September 4 to get in on the action, however, PS4 players are getting a big treat.

“It’s been just shy of year since Bungie’s fantastic follow-up to sci-fi shooter Destiny hit PlayStation 4 and, as the first anniversary rolls around, we’re very excited to announce that Destiny 2 is joining PlayStation Plus today,” Sony announced today.

“With the last city on Earth overrun and The Traveller in bondage, it’ll be up to a few plucky Guardians to reclaim the power of the light and send new big-bad Ghaul and his Red Legion packing.”

Players can download Destiny 2 onto their PS4 console right now, meaning they can enjoy another big bonus in September.

As part of the Forsaken launch, Bungie is looking to advertise one of the expansion’s more intriguing modes.

Gambit is a PvE – PvP mashup, in which players must score enough points to unlock the final, while also battling against another team.

And having played it, we could easily see this new mode becoming a firm favourite among fans.

The good news is that a free Gambit demo is being released on September 1 on PS4, so that everyone can try it out.

From the wording on the official PS Plus blog, it looks like everyone will get to enjoy the bonus, regardless of PS Plus subscription status.

“If you not had a chance to experience Destiny 2 yet, now is the perfect time to jump in: a massive expansion, dubbed ‘Forsaken’, is poised to launch next week, bringing new story quests, multiplayer modes and more. Time to get up to speed, Guardian,” Sony adds.

“As an added bonus, on 1st September all Destiny 2 players can play Forsaken’s newest game mode, Gambit, free for 24 hours.

“This all-new hybrid 4v4 mode combines the best of PVE an PVP. Two teams of four race to summon a Primeval boss and be the first to take it down.

“Disrupt the other team by sending enemies to their side or invade directly with one of your own players.”

It should be noted that all games being released for September are crossbuy titles, meaning they can all be downloaded on the PS4.

Another big title included is God of War III: Remastered, a solid PS4 exclusive that has been wanted by fans for some time.

Here is the full PS Plus September 2018 line-up:

Indie Studio Vlambeer Is Shutting Down