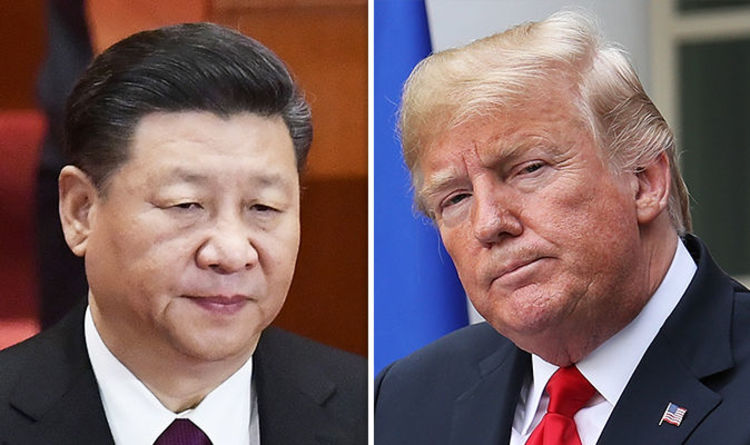 US President Donald Trump, an outspoken critic of Beijing, is locked in a furious row with China over its protectionist trade policy.

The world’s top two economies have imposed tit-for-tat tariffs on each other’s goods since July, sparking a major trade war.

Deborah Elms, executive director at the Singapore-based Asian Trade Centre, said neither side is showing signs of backing down.

She believes relations between China and the US will continue to sour ahead of Washington’s mid-term elections in November.

Speaking to CNBC, the trade expert said: “I think we are in for a prolonged period of continuing escalating tensions.

“Both sides think they have the upper hand in this debate.

“I think we don’t have enough pain in the system yet for either side to say, ‘OK, we’ve got to have a different approach right now’.”

Washington and Beijing held two days of talks last week without a major breakthrough, as another round of tariffs came into effect.

Any hopes of further negotiations were dented last night after Mr Trump reached an agreement for a new trade accord with Mexico.

Mr Trump suggested he was putting talks with China on hold, and was instead focusing his energy on the Mexico pact.

He told reporters at the White House: “China want to talk. It’s just not the right time to talk right now, to be honest with China.

“It’s too one-sided for too many years and too many decades, and so it’s not the right time to talk.

“But eventually I’m sure that we’ll be able to work out a deal with China.”

“The deal some wins from a political perspective that the administration can point to ahead of the mid-terms.

“This is not necessarily positive for China. I suspect that Trump will hold out on negotiating a settlement with China for the time being.

“I suspect it could even run through the mid-term elections in November.”

'Dancing With the Stars' returns to a changed ballroom