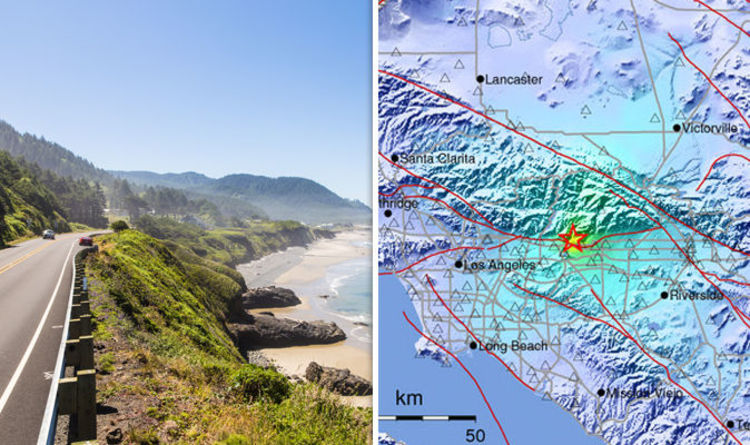 According to USGC the quake was centred about three miles north of the small city of La Verne, in the San Gabriel Valley.

The epicentre is located about 25 miles east of downtown Los Angeles.

USGC said the shake was followed by another 3.4 magnitude temblor.

Former California state assemblyman Mike Gatto wrote on Twitter: “Pretty sure that was an earthquake in Los Angeles.

“Strong enough that it swayed the floor.”

There are no immediate reports of damage or injuries, but people claimed it shook buildings for several seconds in downtown Los Angeles.

This is not the first earthquake that has struck southern California this month, as two earthquakes hit the region within the space of 30 on August 15.

The quakes struck near the area of Aguanga in Riverside County, about 20 miles east of Temecula.

The bigger of the two, registering at magnitude 4.4, was felt as much as 50km away in Los Angeles.

The second, registering at magnitude-3.0, struck just half an hour later less than a mile away.

Seismologists believe the unsettling of the Ring of Fire, the largest and most active fault line in the world, could lead to a catastrophic earthquake somewhere around the globe, and California has been touted as a possible destination.

Richard Aster, Professor of Geophysics at Colorado State University wrote recently for the Conversation: “The earthquake situation in California is actually more dire than people who aren’t seismologists like myself may realise.

“Although many Californians can recount experiencing an earthquake, most have never personally experienced a strong one.

The last time there was a magnitude seven quake or higher in California was in 1906, which struck San Francisco and ultimately killed around 3,000 people.

But Professor Aster says the damage this time could be much worse.

He said: “California’s population has grown more than 20-fold since the 1906 earthquake and currently is close to 40 million.”

Brexit boost: UK has HUGE advantage over EU on world stage for THIS reason says expert

California released 800 inmate firefighters due to pandemic months before wildfires

Russia poisoning: Putin critic flown to Berlin hospital after being 'poisoned' into coma