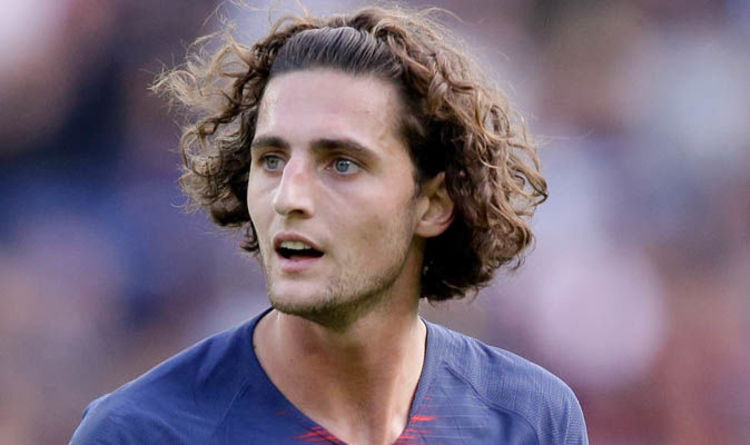 The La Liga giants are, however, still pursuing a deal for PSG midfielder Rabiot with just two days of the transfer window to go.

Barcelona have so far adopted a cautious approach, wary of angering PSG after the Ligue 1 giants retaliated to their interest in Marco Verratti a year ago by signing Neymar.

It is understood PSG are admirers of Barca’s Ousmane Dembele but, with the winger now thriving at the Nou Camp, any transfer would be tricky.

Rabiot is keen to leave PSG and has snubbed every offer of a contract extension.

And Marca claim Abidal expects Barcelona to land their man, even if they miss out on a deal this summer.

The Catalan giants are reportedly prepared to pay £43million to sign the player, who they view as the ideal replacement for Andres Iniesta.

At present, though, PSG are wary of letting him go.

Marca claim they do not like the idea of allowing Rabiot to join one of their rivals for the Champions League crown.

But Barcelona could sign Rabiot in January where, thanks to a rule change, he will be able to play in the Champions League.

The Catalan giants have found negotiations with PSG difficult over the years.

As well as Verratti, they have also tried their luck at luring Thiago Silva, Marquinhos and Angel Di Maria to the Nou Camp.

But Abidal supposedly feels that, sooner or later, Rabiot will be a Barcelona player.

He said of the France international: “I’m not certain he will stay.

“He has great potential and can improve even further. He can become a top player but has to stay with us.”

Critics want LeBron to fail just as they did with Ali. Look how that turned out

Emmys, live and virtual: 'What could possibly go wrong?'