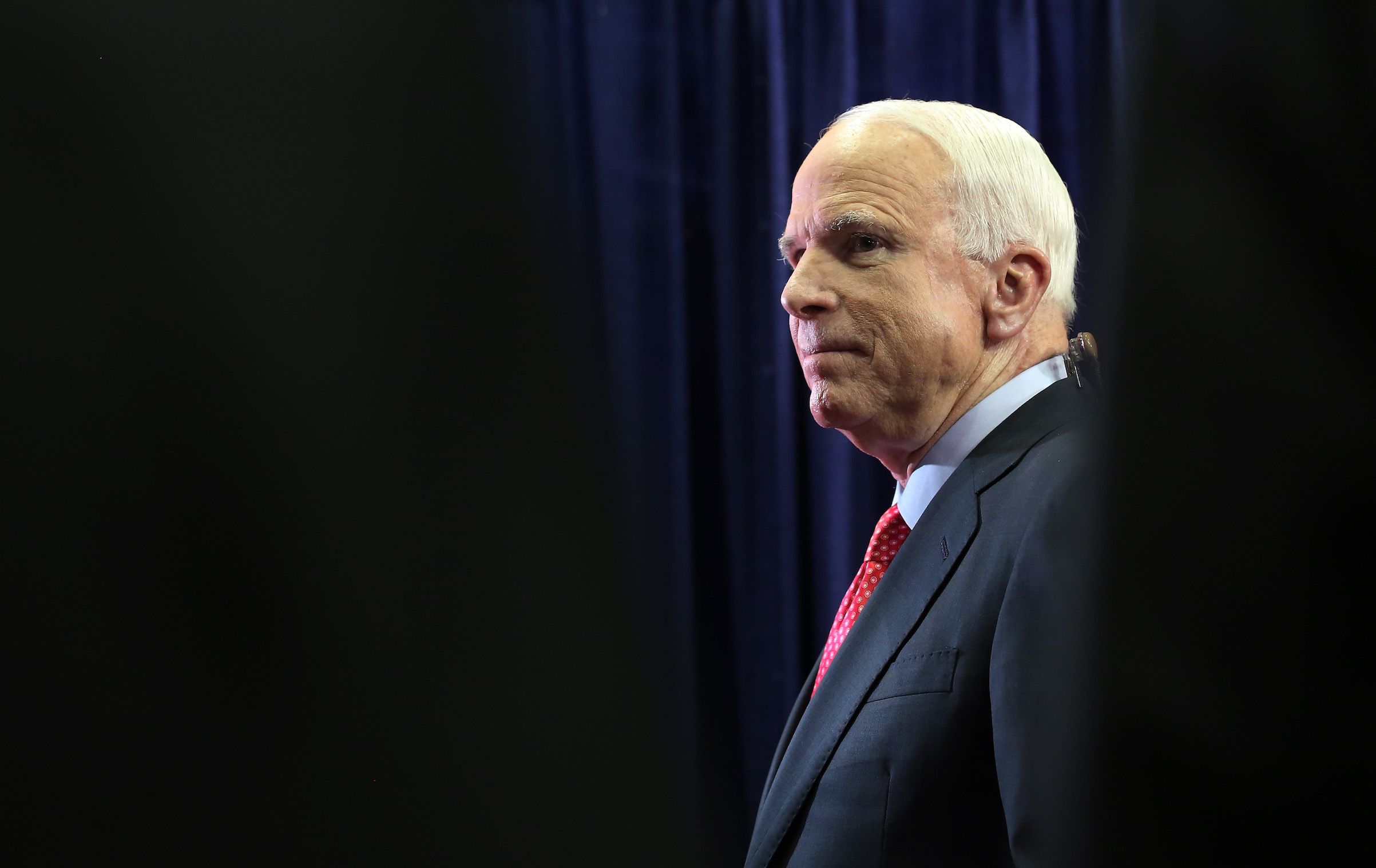 Even in death, Sen. John McCain could not escape the nasty and divisive brand of politics inside the Republican Party that he spent his 35 years in Congress fighting.

Arizona voters are heading to the polls Tuesday for primary elections that, while lacking McCain’s name on the ballot, are likely to serve as yet another venue for the McCain-like traditionalists to jostle with a rising brand of conservatives who hold President Donald Trump as their role model.

Among the most conservative in the country, the state’s GOP seems set to embrace Trump’s brand of in-your-face politics in the race to replace Sen. Jeff Flake, who decided to retire rather than keep fighting with his party’s president.

“I’m not happy about it, but this is the President’s party right now,” Flake told NBC News’ “Meet the Press” on Sunday. “And I think that we’ll be sorry for that in the future, but that’s the case right now.”

In the days leading up to the primary, even McCain’s looming death seemed fair game for attack.

Former state Sen. Kelli Ward, who won 40% of the vote against McCain in 2016 Republican primary, suggested the timing of McCain’s announcement last week that he was discontinuing medial treatment was designed to hurt her campaign. (Ward blamed the media for highlighting her Facebook comments.)

At campaign stops, she continued to eviscerate McCain, the son of the Navy elite, a Vietnam prisoner of war and a two-time White House hopeful. She won applause for it.

“I’m sorry that he’s sick. It’s a horrible thing. But that doesn’t mean that his policies suddenly became good,” she told reporters aboard her bus. “They didn’t.”

McCain died a few hours later and Ward noted on Twitter that “his decades of service will not be forgotten by the men & women of Arizona.” Then, by Monday morning, she was back spoiling for a fight. Seeming indifferent or even antagonistic to the fact that McCain died while fighting brain cancer, Ward tweeted this: “Political correctness is like a cancer!”

In the past, this kind of open trolling would have been seen as disqualifying. But in the Trump era, it fits with what Republican primary voters are demanding. In fact, at one recent Tea Party meeting in Phoenix, the group leader criticized the Republican Establishment’s favored candidate, two-term Rep. Martha McSally, as “Martha McCain Sally.”

McSally, however, has tried to wrap herself in the Trump aura, as well. She’s campaigning with immigration hardliner and former Gov. Jan Brewer, an early Trump supporter. After McSally joined Trump in upstate New York where the President sign the John S. McCain National Defense Authorization Act without as much as a mention for the namesake Senator, she, too, didn’t mention her fellow member of the Arizona congressional delegation. The move left those close to the McCain family seeing red, even if some recognized the political logic behind it.

That followed other instances of McSally, a former Air Force fighter pilot, distancing herself from McCain, perhaps the nation’s most celebrated POW.

All of this, perhaps, is necessary in Trump’s Republican Party. He holds such sway over his party’s base in a way few other Presidents have enjoyed, but that means it also has risks for others inside the GOP tent, where the roster of Republicans currently stands at 50 in the Senate. For instance, many Republican Senators fear a McSally loss would tip the seat and the Senate into Democratic hands — namely, those of likely Democratic nominee Kyrsten Sinema — because many of those Washington hands see Ward as unelectable.

“Do you want Kelli Ward showing up for work in a Senate where its members work in the McCain Senate Office Building, knowing she was trashing him on his death bed?” one senior Republican said. “Every time we start to consider maybe Ward toned it down, she does this [garbage].” (This Republican is speaking of a proposal to rename the marble building where McCain had his offices for years, the Russell Senate Office Building, in his honor. This Republican also used language far stronger than “garbage” to describe Ward’s antics on primary eve.)

Former Sheriff Joe Arpaio is also running for the Republican nomination. He is largely seen as a spoiler to split the hardline immigration vote with Ward, although some polls have shown him fading fast. One potential problem? Roughly 75% of the GOP primary vote has been cast before Election Day starts, so his exit from the stage may have come before voters realized what a non-factor he is in this race.

The intraparty fighting does not end with the Flake race. Arizona Gov. Doug Ducey faces a primary challenge of his own. His opponent has for months suggested — warned, really — that the Governor may appoint McCain’s wife, Cindy, to the seat. Ducey has deftly dodged committing either way, saying those who lobbied while McCain was alive disqualified themselves and suggesting that any talk of succession was insensitive.

Cindy McCain, known on the global stage as an advocate for human rights and against human trafficking, is an option to fill the seat, although those close to her say politics is completely removed from her mind in this hour of grief. Still, she has the national recognition of political donors, is widely regarded inside Washington circles and her late husband’s tussles with Trump make her an appealing figure to independents.

Others said to be in the mix include former Sen. Jon Kyl, who retired after the 2012 elections and is now managing the confirmation hearings for Trump’s Supreme Court nominee Brett Kavanaugh; ex-House members John Shadegg, who retired in 2010 and whose son now is managing McSally’s campaign; and Matt Salmon, a Republican congressman who retired in 2016.

Some lawmakers in Arizona are lobbying Ducey to name former state legislator Kirk Adams, currently a Ducey aide. Others are eyeing Barbara Barrett, a former diplomat in the George W. Bush Administration and respected business executive.

Senate Majority Leader Mitch McConnell and Ducey alike want someone for the role who runs for re-election when voters will decide who fills the balance of John McCain’s the term into early 2023.

It all adds up to some complicated political calculus.

Those close to Ducey say he won’t pick a successor until after McCain is laid to rest this weekend at the Naval Academy in Annapolis, Maryland. Even if Ducey were to lose his primary — an unlikely event, most observers in Phoenix say — he still has the power to name McCain’s successor — and to exclude someone like Ward from consideration.

If Ducey wins his primary and then his general, he will have the freedom as a lame duck to name whomever he wishes to the seat.

However the two seats end up being filled, the decision will end up reflecting the fight for the soul of the Republican Party between McCain and Trump at this moment in history. 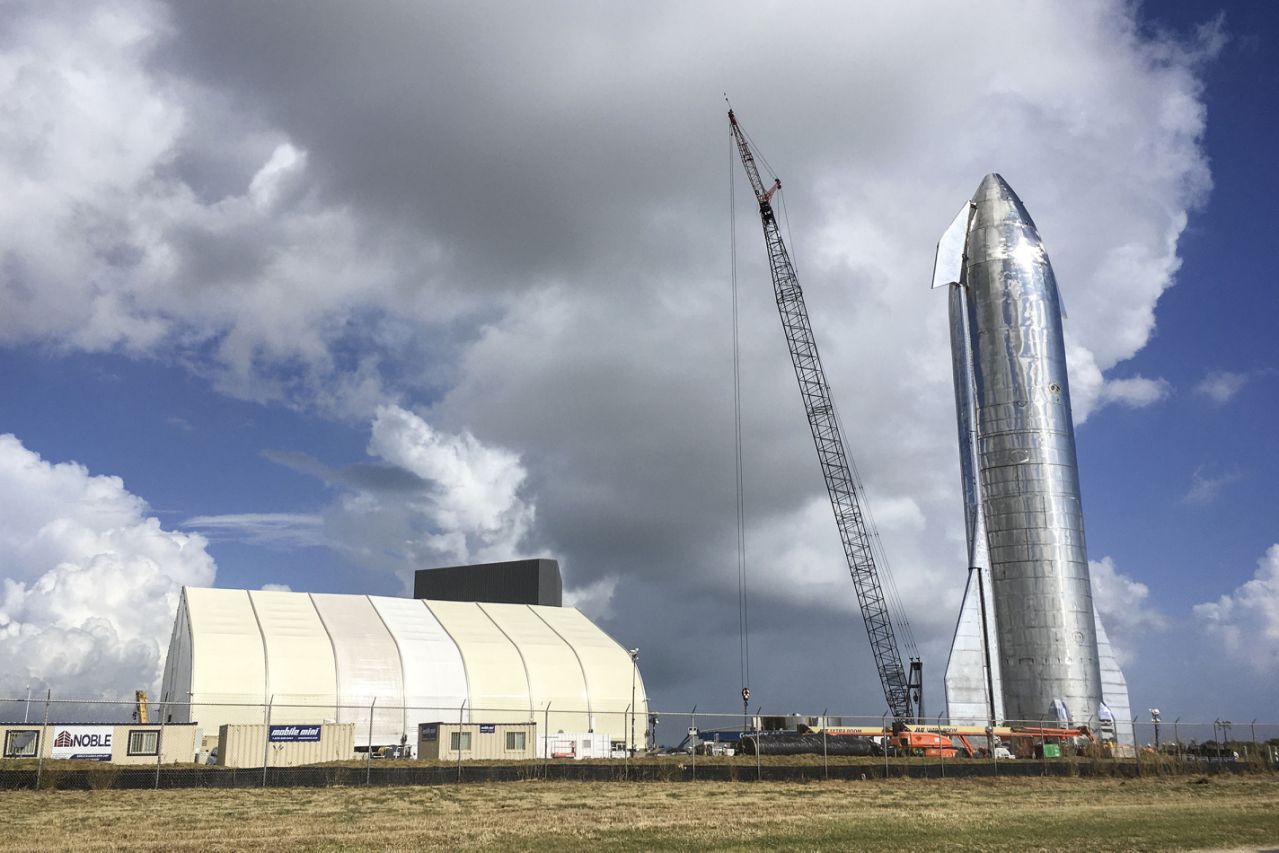 A prototype of SpaceX’s Starship spacecraft at a test site in Texas on Sept. 28, 2019. (Kenneth Chang/The New York Times) BOCA […] 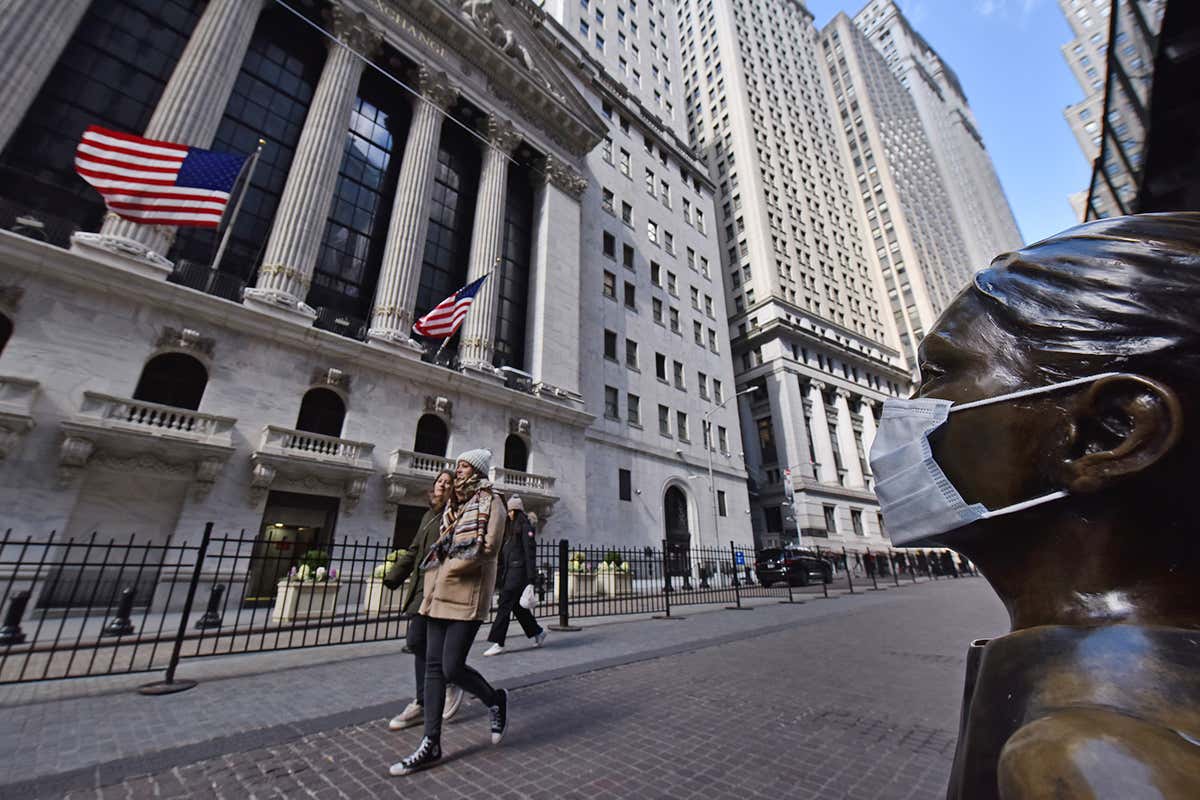 By Debora MacKenzie Coronavirus is quietly spreading in the USAnthony Behar/Sipa USA Covid-19 could already be circulating in the US, according to […] 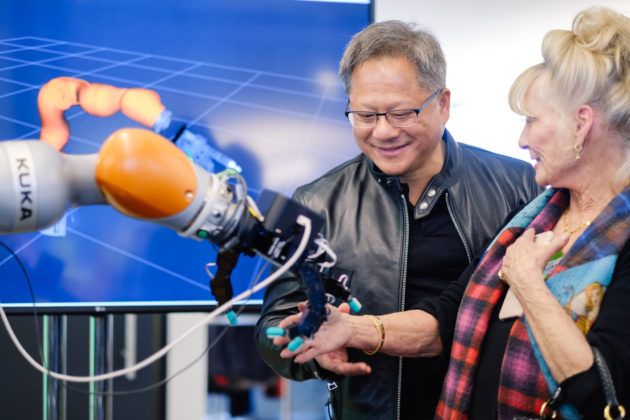 When Nvidia CEO Jensen Huang interacted with a sensitive robotic hand at today’s open house for his company’s robotics research lab in Seattle, […]