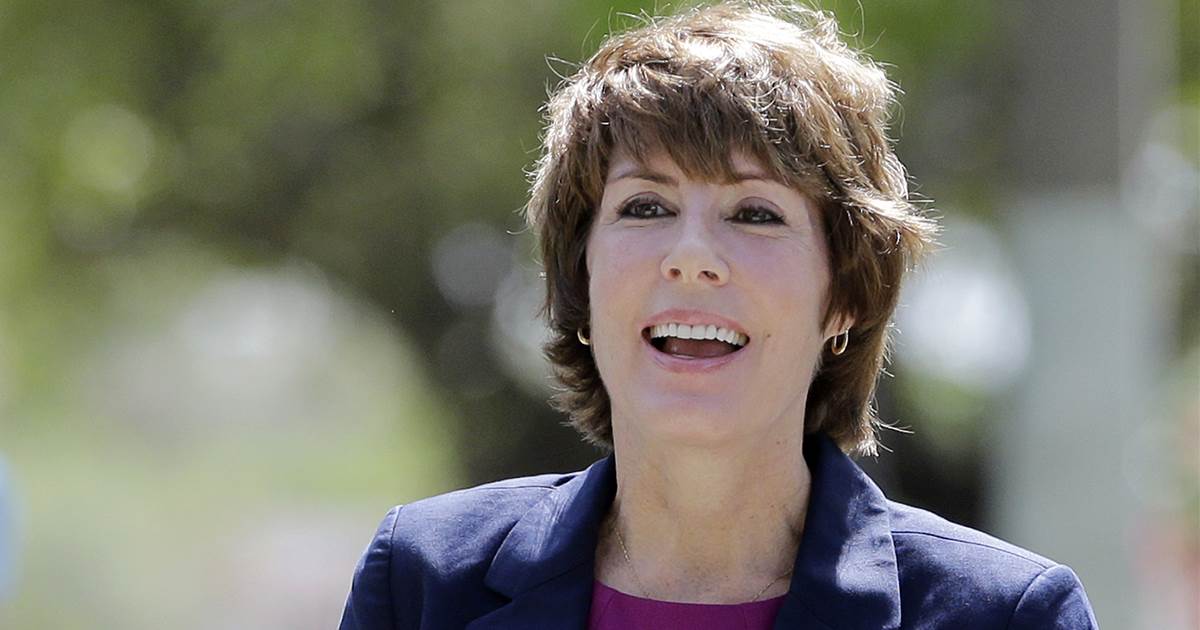 WASHINGTON — It’s the last major primary day of the 2018 cycle, with three states — Arizona, Florida and Oklahoma — holding statewide contests. (A handful of states including Massachusetts and New York hold primaries in September.) Here’s what we’ll be watching as the returns start coming in:

1. Is Gwen Graham victorious in the Florida Democratic gubernatorial primary?

We’ve said throughout this Democratic primary race that it’s probably Graham’s to lose, particularly because of her family’s connections to the state and the fact that she’s the only woman in a field of men — a dynamic that’s boosted plenty of Democratic women to victory this cycle.

But it’s also a crowded race, with both former Miami Beach mayor Phil Levine (who’s spent $23 million on the airwaves) and Andrew Gillum (who has the backing of Bernie Sanders and George Soros) in the hunt. Billionaire Jeff Greene has also pumped more than $26.5 million into the race, although the fact that he’s pulled his ads off the air in the past few days could be a sign that he’s faded from the top tier. (Graham has about $12.4 million on the airwaves between her campaign and the PAC supporting her.) She’s considered the slight favorite going into this race, but it could be a long night.

2. Does DeSantis restart Trump’s endorsement streak after a loss in Wyoming last week?

Trump was a very early endorser of Republican gubernatorial candidate and frequent Fox News guest Ron DeSantis. DeSantis seems like he might be poised to knock off establishment favorite Adam Putnam, who was once considered the early shoo-in. Remember, Trump’s eleventh-hour endorsement of Wyoming gubernatorial candidate Foster Friess resulted in a rare loss for Trump last week, so he’s sure to take extra credit for DeSantis’ rise if he wins. (He already bragged last week that DeSantis “went from 3 to like 20-something” after he tweeted his endorsement.)

Putnam has been offering a little bit of subtle pushback on the nod, telling voters in a recent ad that “Florida’s not picking an apprentice. We’re electing a governor.” By the way, if DeSantis wins, the state might end up with two gubernatorial candidates who are openly antagonistic to its powerful sugar industry. That may seem like a very local issue, but it’s still one with big consequences, particularly as Big Sugar is being blamed for toxic algae blooms.

3. What are the margins in the Arizona GOP Senate contest?

All signs point to a cruise to victory for Martha McSally in the Arizona Senate primary. (Of course, many thought the same of Tim Pawlenty in the Minnesota governor’s primary two weeks ago, so…) But the margins in this race will be what’s fascinating. How does conservative challenger Kelli Ward fare, particularly in the wake of her less-than-delicate suggestion that John McCain’s announcement about halting his medical treatment was somehow timed to hurt her primary campaign? What percentage of GOP voters in Arizona pick Joe Arpaio? And what message, by the way, do those margins send to Gov. Doug Ducey, who is charged with naming a replacement to McCain as he tries to keep both Trump voters and Arizona moderates in his corner before his own re-election contest?

We’ll also be keeping an eye out for Democratic turnout in the gubernatorial race — where former Arizona Department of Education official David Garcia is the frontrunner — and the nominal contest on the Senate side, where Kyrsten Sinema is set to win the nod.

4. Does Ann Kirkpatrick lose her race in AZ-2?

Former Rep. Ann Kirkpatrick is the DCCC’s pick for the nomination in McSally’s old district, but she’s facing off against former nominee and physician Matt Heinz. Heinz, who ran in the district last cycle, has attacked Kirkpatrick for her positions on guns and other issues when she served in a different, more conservative congressional district.

Another House race worth watching is FL-27, where Democrats are vying to be the nominee for the seat formerly held by Ileana Ros-Lehtinen. Former Clinton HHS Secretary Donna Shalala faces four other Democrats, including state Rep. David Richardson, who’s been giving Shalala a run for her money. The Republican side is crowded (although Republicans have mostly ceded this race to Dems in November.) One of the GOPers is a woman named Bettina Rodriguez Aguilera, a former Doral councilwoman who claims she has been visited by blond-haired space aliens.

6. Do Oklahoma Republicans pick experience or an outsider?

Oklahoma City Mayor Mick Cornett is facing off against Tulsa businessman Kevin Stitt in Tuesday’s gubernatorial primary runoff. Cornett outperformed Stitt in the earlier June primary, but Stitt has spent big during the runoff on ads that paint himself as an outsider and Cornett as insufficiently loyal to Trump. Cornett, on the other hand, has highlighted his management experience as mayor. Democrats would prefer to run against Stitt; their candidate for November is former attorney general Drew Edmondson, who could be a tough competitor.

7. Do past D.C. politicos lose out to newcomers?

In three of the races we’re watching above, the perceived Democratic frontrunner — Graham and Shalala in Florida and Kirkpatrick in Arizona — has a background in D.C. politics. Graham and Kirkpatrick are former House members, while Shalala was both the Secretary of Health and Human Services during the Clinton presidency and the head of the Clinton Foundation.

We’ve seen plenty of examples this cycle of onetime Republican D.C. types losing out this cycle, including Reps. Todd Rokita and Luke Messer in Indiana, Rep. Evan Jenkins in West Virginia, Rep. Dianne Black in Tennessee and former Financial Services Roundtable head Tim Pawlenty in Minnesota. But if any of these Democrats (or especially if more than one of them) lose, one explanation may be that Democratic voters are feeling fed up with Washington too.

A look at TV spending in FL-GOV

The Florida governor’s race is now the most expensive gubernatorial contest of the cycle, surpassing even the Illinois face-off in total ad spending. A total of nearly $120 million(!) has been spent on the race so far. Here’s a look at the biggest spenders, via Advertising Analytics:

Trump finally speaks on McCain after pressure from vets groups

Perhaps the most striking thing about yesterday’s controversy over the White House’s early return of the flag to full staff after the death of John McCain is just how familiar the whole thing felt. How many times has Trump chosen not to set aside an old conflict in favor of stoking its flames and outraging official Washington? Trump calculated long ago that his base would tolerate his attacks on McCain. It’s just particularly cynical that he would reject him again in a way that turned the coverage of McCain’s death into a story about Trump.

It took intense pressure from veterans groups, including the American Legion, to finally get Trump to relent, raise the flag and praise McCain on camera. But as NBC’s Jonathan Allen writes this morning, his backing down was far more about preserving his own political brand than it was about choosing to let go of a personal feud for the good of the country.

And the president goes after Google

Here’s the president this morning tweeting about Google News search results for himself, calling them “very dangerous.”

“Google search results for “Trump News” shows only the viewing/reporting of Fake New Media. In other words, they have it RIGGED, for me & others, so that almost all stories & news is BAD. Fake CNN is prominent. Republican/Conservative & Fair Media is shut out. Illegal? 96% of ….results on “Trump News” are from National Left-Wing Media, very dangerous. Google & others are suppressing voices of Conservatives and hiding information and news that is good. They are controlling what we can & cannot see. This is a very serious situation-will be addressed!” he wrote.

It’s yet another claim that deserves to be treated as merely the complaint of someone who doesn’t like how he’s been reported on. But, inevitably, the conservative media echo chamber will be weighing in here, feeding a narrative that’s both false and helps their bottom line.

“A panel of three federal judges held Monday that North Carolina’s congressional districts were unconstitutionally gerrymandered to help Republicans over Democrats and said it may require new districts before the November election, possibly affecting control of the House,” writes the Washington Post.

More: “The judges acknowledged that primary elections have already produced candidates for the 2018 elections, but said they were reluctant to let elections take place in congressional districts that courts have twice found violate constitutional standards. North Carolina legislators are likely to ask the Supreme Court to step in. The court traditionally does not approve of judicial actions that can affect an election so close to the day voters go to the polls. But the Supreme Court has just eight members since Justice Anthony M. Kennedy’s retirement last month; a tie vote would leave the lower court’s decision in place.”

It would be a pretty crazy scenario if voters who have already selected primary candidates for their district have to vote on a different set of candidates in the general election. One possible result here, if the map is actually redrawn, is that the Nov 6. election could become a new primary day, with special general elections held later. So we could end up with special elections directly after a midterm that could see the balance of power in Congress change? Wild.

Coronavirus: How Italy has fought back from virus disaster