Sara Foster is smiling for her famous dad and his future wife.

With David Foster newly engaged to Katharine McPhee, his 37-year-old daughter is just happy to see her dad happy.

“My dad loves love and my dad loves commitment,” she told E! News at the Bumble BFF and The Tot Back to School block party on Saturday. “My dad’s always been married. He’s never been single really,” she noted of David, who previously wed B.J. Cook, Rebecca Dyer, Linda Thompson and Yolanda Hadid.

“He’s a real commitment, marriage kind of guy and I’m happy for him,” she added. “He’s really happy.”

As for the soon-to-be newest member of the family, Sara has nothing but sweet word for the Waitress star.

“She’s wonderful,” Sara complimented McPhee. “The other day she was like, ‘I got you a facial,’ and like that’s so cool.” 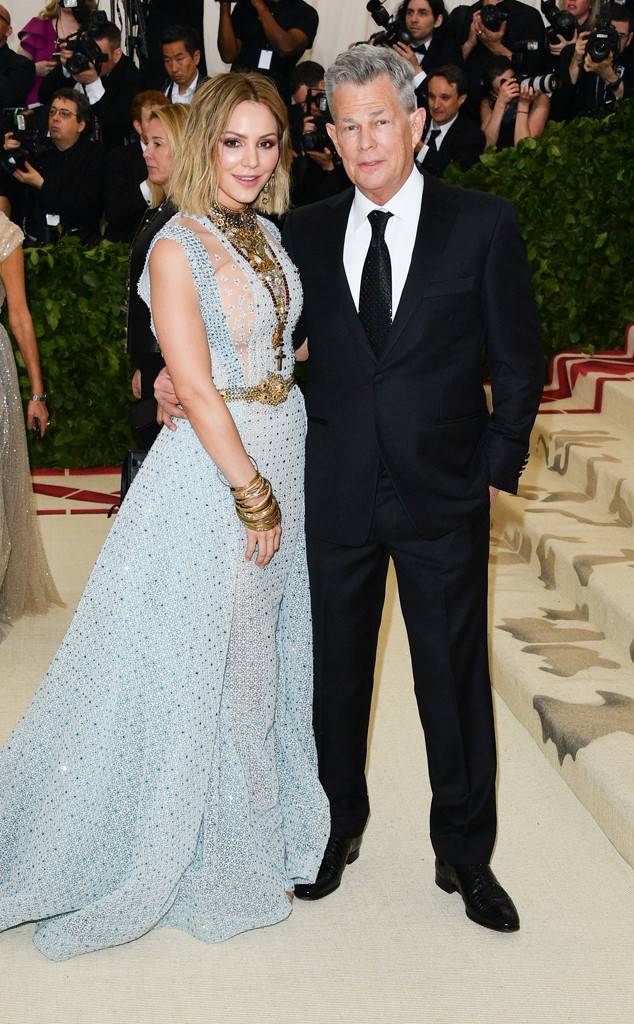 While Sara is three years older than the songstress, it doesn’t seem to matter. “She’s great. She’s a great addition,” she told E! News.

As for future siblings, Sara is ready for anything. “You know I’ve learned to not rule anything out,” she answered candidly. “I think anything is possible at this point. Who knows?”

If there’s anyone who understands that sentiment, it’s McPhee, who first met her soon-to-be husband more than a decade ago when she was a contestant and he was a guest coach on American Idol.

“He and Andrea Bocelli were guest mentors and I remember…[I] grew up listening to Celine [Dion], and I loved Andrea Bocelli and I knew ‘The Prayer’ because I had sung it for something. My mom made me learn the Italian,” McPhee, who ended up singing that song for the two men on the show, recalled in an interview on Everything Iconic with Danny Pellegrino.

“I remember calling her and I was like, ‘Oh my God you’re never going to believe guest mentors this week! It’s Andrea Bocelli, and then there’s this producer that I don’t know, but he’s supposed to be really like amazing and his name’s David Foster.’ My mom said, ‘Katharine, you know who David Foster is. You’ve listened to like every artist that he has ever created.’  And I was like, ‘Oh, ok!'”

As McPhee continued, “We met on that show and then I did a lot of charity events with him. We’ve been friends for a long time.”

The actress went from a friend to fiancée ahead of the Fourth of July when Foster popped the question during their Italian vacation.

All that’s left to do now is say “I do!” As for the specifics on the couple’s upcoming nuptials, Sara hasn’t been looped in. “Maybe I’m not invited because I haven’t heard about it,” she joked to E! News. “I can’t imagine something big. I would think something intimate at this point makes the most sense.”