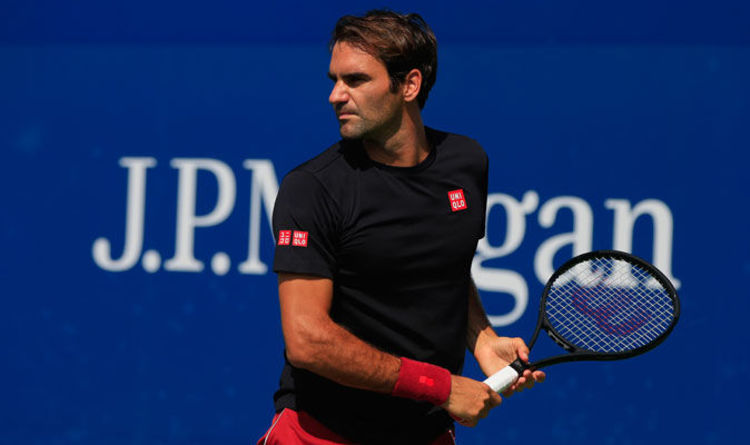 Federer failed to defend his crown at the All England Club as he was dumped out in the last eight following a five-set thriller.

Novak Djokovic went on to win the grass Grand Slam before then beating Federer in the Cincinnati Masters final earlier this month.

The Bookmakers made the Serbian the favourite to continue his hot-streak at the US Open and Rusedski is in agreeance.

However, the former British No 1 also thinks Rafael Nadal, who beat David Ferrer in the opening round, will be challenging in the latter rounds of the tournament.

But Federer is unlikely to add his 21st Grand Slam title to his name – and he could meet Djokovic as early as the quarter-finals.

“Djokovic has to be the favourite to win another major in New York – a result that would carry his overall tally to 14 slams, level with [Pete] Sampras,” Rusedski wrote in his Telegraph column.

“The ‘Big Three’ are still the men to beat in New York this year, more than a decade after they first held the top three spots in the world rankings.

“I would put Rafael Nadal as the next-most-likely winner, and Federer in third place, because I feel that Roger’s confidence has been rocked a little by his loss to Anderson at Wimbledon.

“Federer restricted his hard-court preparations for the US Open to just a single tournament, the Cincinnati Masters.

“This reduced schedule is probably the right thing for his body, but it restricts his ability to build momentum and match toughness.”

Djokovic is second on the Arthur Ashe Stadium this evening and his tie against Marton Fucsovics expected to get underway around 7pm (BST).

Federer will then follow him on the main stage versus Yoshihito Nishioka – although their match will not start before midnight (BST).

Roger Federer US Open draw: What is his projected route to the final?

Second round: B Paire or qualifier

California wildfires: Why are the wildfires in the US so bad?