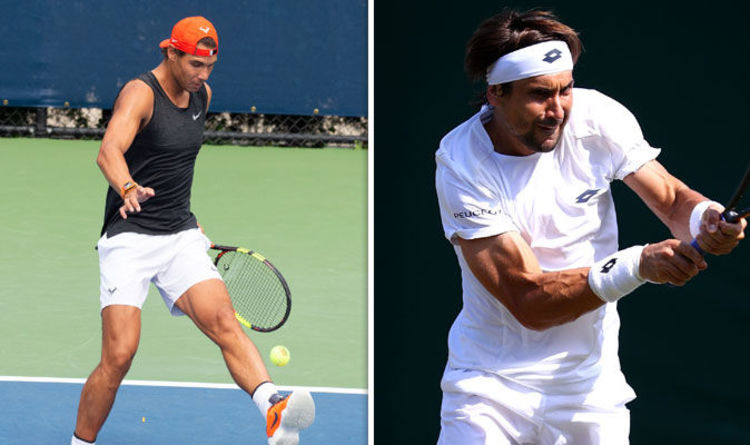 Nadal won the title at Flushing Meadows 12 months ago and is one of the favourites to lift the trophy again.

He faces former US Open semi-finalist David Ferrer in one of the ties of the first round.

But after lifting the trophy in New York last year, Nadal is taking that confidence into the final Grand Slam of the season.

He said: “Last year have been a very special year after a couple of years.

“2015 was not a positive year in terms of level of tennis.

“Have the chance to get back in 2017. Of course, win on clay, but then win on hard again is something that, yeah, means a lot to me, especially here in New York.

“Being honest, I always had a great connection with the crowd here.

“The crowd bring me to another level of energy.

“That’s something that I enjoy.”

Nadal wins a couple of points in the opening game but Ferrer holds. The reigning champion then races to a 40-0 lead. Ferrer gets a point back but both players hold their opening service games.

02.50: And away we go at the Arthur Ashe Stadium, Ferrer serving to compatriot Nadal.

02.40: The players are on court and we are just moments away from Rafael Nadal beginning his defence of the US Open.

02.35: Rafael Nadal’s clash with David Ferrer is next up on Arthur Ashe Stadium with Serena Williams having just waltzed through her first round tie, beating Magda Linette 6-4, 6-0.

02.30: Welcome to coverage of Rafael Nadal vs David Ferrer.

Coronavirus death toll nears 1 million – how did we get here?