Rose McGowan, one of the leading voices of the #MeToo movement, called on Asia Argento to “be the person you wish Harvey could have been” in response to the recent sexual assault allegations against her fellow actress and advocate.

McGowan released a lengthy statement Monday saying she had heard from the person she is dating, model/activist Rain Dove, that Argento did have a sexual relationship with a young actor when he was 17.

McGowan and Argento were among the first to go public with their sexual assault allegations against media mogul Harvey Weinstein, who is now facing criminal charges in New York City. Weinstein has denied all allegations of non-consensual sex. 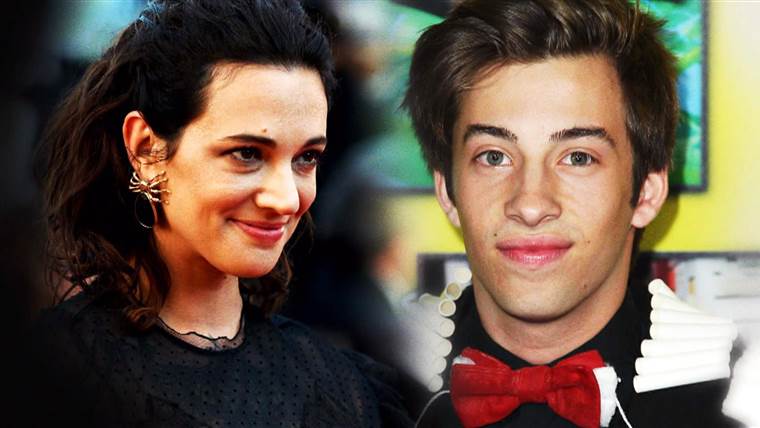 McGowan said that she had bonded with Argento over their alleged experience with Weinstein.

But Argento allegedly had been texting Dove and said she did have sex with former costar Jimmy Bennett, according to McGowan’s statement. McGowan said Dove was going to go to the police with the messages and that she immediately support that decision.

“Asia you were my friend. I loved you. You’ve spent and risked a lot to stand with the MeToo movement,” McGowan said in the statement Monday. “I really hope you find your way through this process to rehabilitation and betterment. Anyone can be be better — I hope you can be, too. Do the right thing. Be honest. Be fair. Let justice stay its course. Be the person you wish Harvey could have been.”

McGowan, who had been relatively quiet on the Argento allegations, also tweeted on Monday afternoon, “I believe in justice.”

The New York Times reported that Argento had been paying off Bennett over claims the two had sex in a California hotel in 2013, two months after Bennett turned 17 and when she was 37, citing documents. The age of consent in California is 18. NBC News has not seen the documents.

“What was hard was the shell shock of the realization that everything the MeToo movement stood for was about to be in jeopardy,” McGowan said in the statement released through a publicist. “An hour after our conversation was finished Rain Dove confirmed that they had turned over the texts and were in conversation with officers. Almost 48 hours later the texts were in the press.”

Argento has denied the allegations in a statement saying she was “deeply shocked and hurt by having read news that is absolutely false.”

Last week, TMZ published screenshots of messages it claimed were from Argento to an unidentified friend where Argento allegedly said: “I had sex with him it felt weird. I didn’t know he was a minor until the shakedown letter.” NBC News has not verified the text messages. TMZ also published a photo purporting to show Argento and Bennett in bed.

Argento said in her previous statement that her boyfriend, the late celebrity chef Anthony Bourdain, made the payments to ease what she describes as Bennett’s “severe economic problems.”

McGowan’s statement comes as Argento was reportedly dropped as a judge by “X Factor Italy” in the midst of the allegations. NBC News has not independently confirmed those reports.

Bennett released a statement last Wednesday following the allegations saying, “I did not initially speak out about my story because I chose to handle it in private with the person who wronged me.”

“My trauma resurfaced as she came out as a victim herself,” he said in a statement, adding that he “tried to seek justice in a way that made sense to me at the time because I was not ready to deal with the ramifications of my story becoming public.”

McGowan said the allegations and their aftermath had been a humbling experience for her and the focus should be on supporting victims.

“There absolutely should be no leeway or tolerance for sexual assault,” she said.

Coronavirus US: Ohio student who tested positive has house party

Beirut fire: Blaze in port area a month after explosion

Citi appoints Jane Fraser as CEO, marking first time a Wall Street bank will be led by a woman