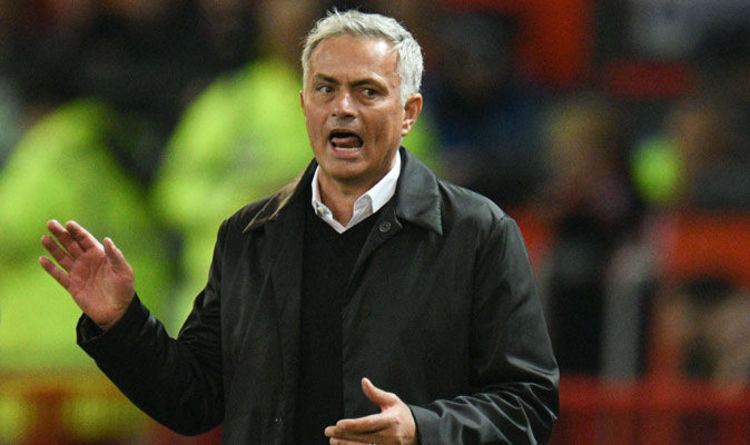 United went into the break at Old Trafford looking the better team, having created numerous chances, though the match was goalless.

The game changed after the break with two goals in three minutes from Harry Kane and Lucas Moura giving Tottenham the upper hand.

The first of those came as Kane looped in a header from a corner for his first goal at Old Trafford.

Moura’s late second put the icing on the cake as the match finished 3-0 but it was Kane’s opener, five minutes after the break, that got the ball rolling.

And Mourinho has revealed that stopping Tottenham from set-pieces was the one thing he asked his side to do inside the Old Trafford changing rooms.

“We were frustrated with the result at half-time but we believed, really believed, that we were going to win the game,” Mourinho told MUTV.

“The last thing I told the players when I left the dressing room, was that in the first half they had zero free kicks and zero corners, make sure if they have one that you cope with it. One corner, one goal and the game changed.

“We created more chances than in any match, I’m not speaking about the top four or five, I’m talking about any team.

Tottenham’s win over Manchester United was their first at Old Trafford since January 2014.

It was also Mourinho’s biggest ever home defeat as a manager and former Premier League striker Chris Sutton believes the former Chelsea boss could be on the verge of being handed his P45.

“Could he be sacked in the morning?” Sutton asked on BBC 5Live.

“Jose Mourinho says he has a good relationship with Ed Woodward, but if you believe that, you must have been on the vino.

“United fans were behind him after the Brighton game, but I’m not so sure where they stand now.”