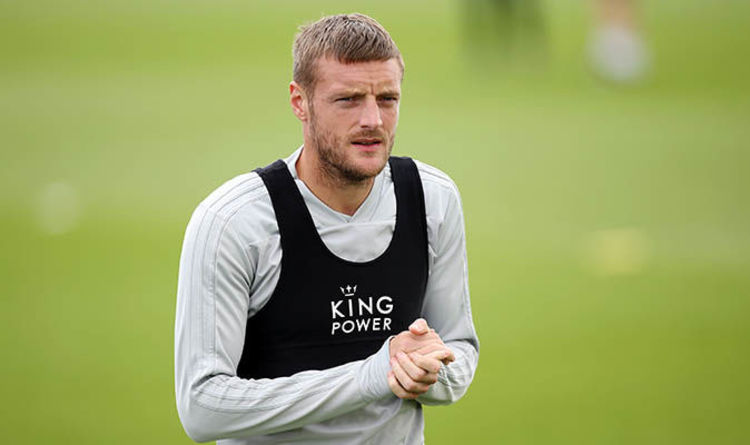 Vardy, who featured at the recent World Cup, said he had spoken to Three Lions boss Gareth Southgate about his decision shortly after the Russia tournament.

He made his England debut in 2015 in a friendly against the Republic of Ireland and also featured at Euro 2016.

The Leicester striker has earned 26 caps for his country, scoring seven goals.

Vardy famously helped the Foxes to Premier League glory in 2016 and has continued to find the back of net on a regular basis.

Jamie Vardy: Why has the England star retired?

“To be honest with you, this has been on my mind for a while,” Vardy told the Guardian.

“I’m not getting any younger and you can see, to be fair to the gaffer, he wants to make it more youthful, which obviously had its benefits during the World Cup.

“We got to the semi-finals and finished fourth, which is equal to the furthest we have ever been on foreign soil.

“So I just said to Gareth that I think it’s probably best from now on, especially with the way he wants to go, to bring youngsters in who he thinks have got the ability and start nurturing them into international football.

Vardy was restricted to the bench for most of the World Cup campaign in Russia and admits the lack of playing time had influenced his decision.

“If it’s not happening, then for me personally now it’s better to be at home, spending that time with my family and training with my club, preparing for the next game after the international break.

“I thought I could have helped a bit more if I had more minutes. You know that you can hurt opponents in certain ways, in the way you play. But it wasn’t to be. And you have to respect the manager’s decisions.”

Vardy expressed his intention to Southgate shortly after the World Cup and confirmed it in a recent phone call, but revealed he would be open to a return in the event of an injury crisis.

“We’ve not shut the door completely. If the worst came to happen and everyone was injured, then obviously I wouldn’t say no,” he said.

How old is Jamie Vardy?

How much does Jamie Vardy make at Leicester?

After rejecting a high-profile offer from Arsenal in 2016, Vardy penned a new contract with the Foxes.

Earlier this year he then extended his deal further, agreeing to stay with the club until 2022.

His wages are reported to be in the region of £120,000-a-week with Leicester.

Salomón Rondón: 'If I have a chance to sign again for Newcastle I will do it'

Newcastle midfielder Matt Ritchie is facing months on the sidelines