An estimated 2,975 people died in Puerto Rico in the five months after Hurricane Maria devastated the island last September, a far higher number than the government’s official death toll count of 64.

The new findings are from an independent study conducted by George Washington University’s Milken Institute of Public Health, which was commissioned by island officials for more than $300,000.

The Puerto Rican government said earlier this month that it was not updating its official death count until the findings were published.

“We’re hopeful that this number would become the official number,” said Lynn Goldman, the Institute’s dean, during a press briefing with reporters on Tuesday.

According to the report, the number of excess deaths, which took place between September 2017 to February 2018, represent a 22 percent increase from what would have been expected during that time period.

This is not first study that has tried to calculate the deaths following the storm; a Harvard study out in May estimated that 4,645 more people died between Sept. 20 and Dec. 31, 2017, than in that same period in 2016.

However, GWU researchers said on Tuesday that their study is different in that it factored in the massive numbers of people who left the island right after the storm.

“We still don’t know when deaths came back to baseline,” Goldman said. 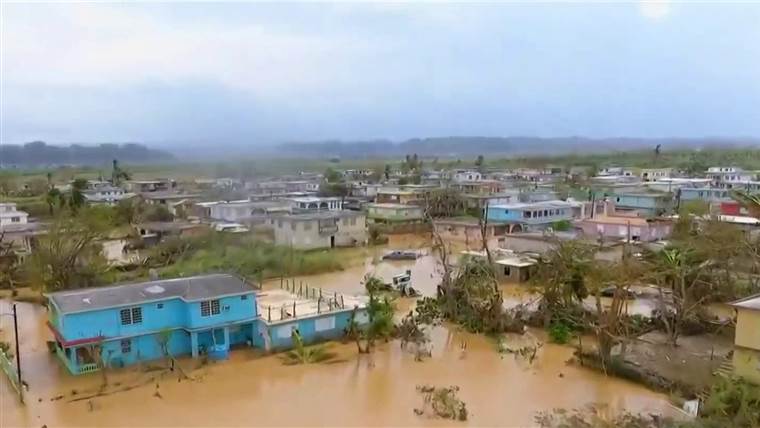 This part of the report is just the first phase of what GWU expects to be a two-part investigation, where they hope to interview families of victims who died during Maria’s aftermath, in an effort to identify how many of the 2,975 deaths can be attributed directly to the hurricane.

GWU researchers told reporters they don’t expect the 2,975 number to change during the next phase, “but it might get subdivided as to what situation caused certain deaths in the months after Maria.”

For the first part of the report published on Tuesday, GWU interviewed “key leaders,” including seven mayors and other officials from local agencies and FEMA.

Black man died after being restrained by Rochester police

Biden calls for police to be charged over shootings

September 2, 2020
BLM gathers in Washington DC after cops shot and killed an 18-year-old...

Mulan streaming: Can you watch the FULL movie online? Is it...