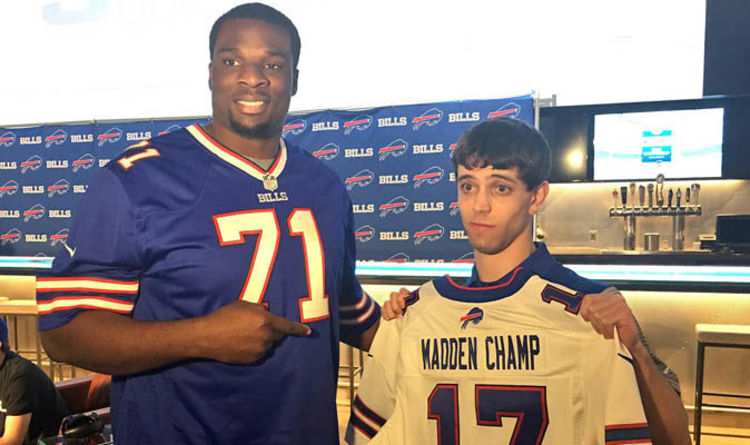 He shot two men and injured nine other people before shooting himself dead in Jacksonville, Florida.

The Madden NFL 19 event was being hosted at a restaurant by video game company EA Games on Sunday and was being streamed live worldwide.

Sheriff Mike Williams said Katz was believed to have carried out the attack using “at least one” handgun.

After taking his seat to begin the game, an announcer at the bar told the crowd that getting to know the 24-year-old was “like pulling teeth”.

The host said: “David Katz keeps to himself. He’s a man of business. He’s not here for the experience. He’s not here to make friends. He’s all business, he’s focused. To even get him to open up to you to talk about anything is like pulling teeth.”

Tributes poured in on social media yesterday for victims Eli Clayton, 22, from California, and Taylor Robertson, 27, from West Virginia.

The streamed video showed a red laser light tracer across a man’s chest before the sound of gunshots.

Katz had previously won the competition, which is named after American football coach John Madden and based on the video game series which has sold more than 130 million copies.

September 2, 2020
BLM gathers in Washington DC after cops shot and killed an 18-year-old...

Mulan streaming: Can you watch the FULL movie online? Is it...