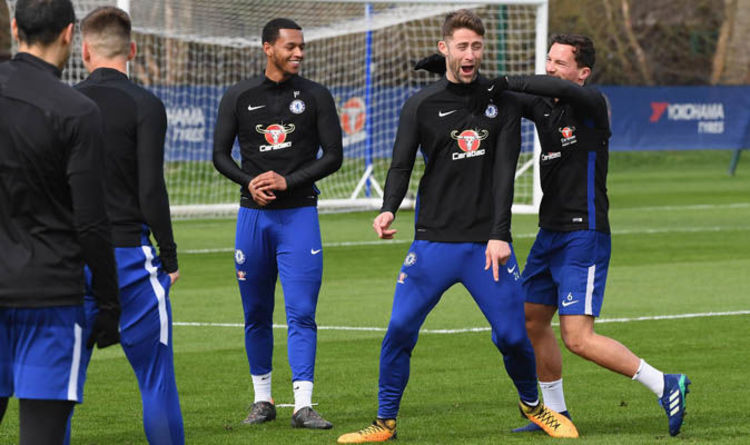 The duo have been linked with late August exits after both being left out of the matchday squad that recorded a 2-1 win against Newcastle on Sunday.

Cahill captained the side last season and for the majority of the 2016/17 campaign while John Terry was out with injury.

While Drinkwater has struggled to break into the Chelsea first-team since being signed by Antonio Conte last summer.

But according to the Telegraph, both players are set to stay and fight for their place in Sarri’s side, rather than seeking a late move abroad before Friday’s transfer deadline.

Cahill has been linked with a move to Turkish giants Galatasaray in recent weeks.

But the former Bolton defender is determined to remain in west London, where he will hope to retain his captaincy duties.

New boss Sarri has previously said it takes defenders longer to adapt to his unique style of play.

“I think that, in this moment, for a defender it’s more difficult to play in my team after only 20 days of training,” he said.

“It’s easier for an offensive player but for a defender it’s more difficult.

“So I think that, at this moment, he needs to have a lot more defensive training with us.”

Asked if he had spoke to Cahill, Sarri replied: “Yes, but I told him that he needs to be patient now.

“And that he is very important for us.”

Sarri is yet to choose a permanent captain for the season ahead but Cesar Azpilicueta has been awarded the armband in Chelsea’s three games so far this season.

Eden Hazard is also being considered for the role in the coming weeks.

As for Drinkwater, the former Leicester midfielder also wants to remain at Stamford Bridge but faces a tough ask to force his way into a midfield currently occupied by Jorginho, N’Golo Kante and Mateo Kovacic.

The Telegraph report Chelsea are open to selling or loaning the player.

And Drinkwater will look for a January move should his situation remain the same when the winter window rolls around.

Chess: Garry Kasparov and Magnus Carlsen to meet for first time in 16 years

SPECIAL REPORT: One year on from Bury's expulsion, the Football League is in CRISIS