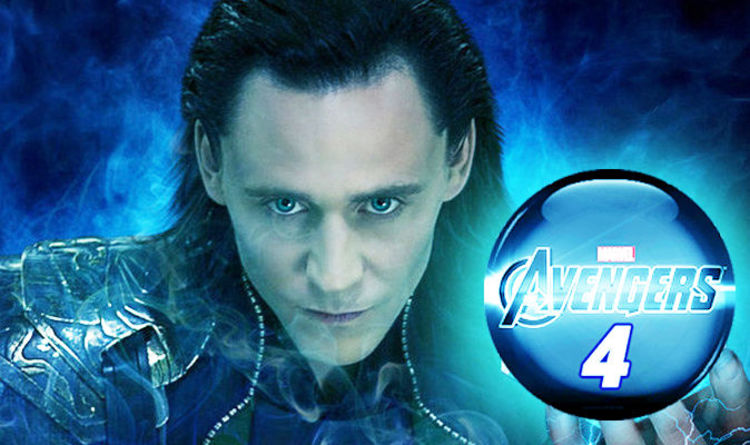 Loki is many things but the one thing he has never been is careless with his own life.

He must have known it would be impossible to stab Thanos. That whole scene feels so staged, the dialogue so carefully chosen that it is clearly not just the Trickster God’s flair for the dramatic at work.

Loki knew what he was doing, he even looked across at Thor to make sure his brother was registering every word. Loki wanted Thanos to kill him because he already had a plan in place.

An incredible new argument examines Loki’s last words and then explains exactly what his plan is.

Loki says: “Almighty Thanos, I, Loki, Prince of Asgard… (turns his head towards Thor), Odinson… (looks Thor in the eye, then turns back to Thanos), rightful King of Jotunheim, God of Mischief, do hereby pledge to you, my undying fidelity.”

Thanos replies: “Undying? You should choose your words more carefully.”

Redditor GregoryBassore says: “Loki’s one of those guys who works out plans to always be able to come out ahead in some way.”

And if he thinks there is a chance he might lose he already has a back-up plan.

This new theory argues that Loki needs to get to either Valhalla or Hel. Dying honourably in battle in Norse mythology guarantees a warrior eternal afterlife in Valhalla. This would give Loki access to any antire army of undead warriors waiting for Ragnarok. Thor:Ragnarok was the end of Asgard but didn’t actually open teh gates for all the eternal warriors to sweep in for one last battle.

But Loki is a god and it is just as likely he would go to Hel. Whch is where his father Odin and potentially his sister Hela would be.

Hela actress Cate Blanchet was spotted last year in the area where Avengers 4 scenes with Thor, Rocket and Valkyrie were being filmed at Durham Cathedral.

Is Loki trying to get to Odin to recruit his power and wisdom for the final battle. Is he trying to get to Hela, goddess of Death, so she can bring him back to life and potentially raise an army of the dead?

Now that Thor has Stormbreaker, he can also control the Bifrost which can open the way to Hel or even Valhalla to bring back an army, or simply his brother.

Surely, fans have not seen the last of Loki?

Emmy show will include $2.8M donation to fight child hunger

8 of 10 Premier League matches this weekend streamed in US